My guest today is an artist with film credits you and your kids will recognize: MADAGASCAR, ROBOTS, LILO AND STITCH, TREASURE PLANET, ICE AGE, EMPEROR’S NEW GROOVE, DINOSAUR, TARZAN, ANTZ, and two of today’s box office hits, OVER THE HEDGE and CARS.

I’m honored to introduce you to Buck Lewis. I think you’ll find that he shares some qualities with his drawings: he is engaging and full of both whimsy and depth. 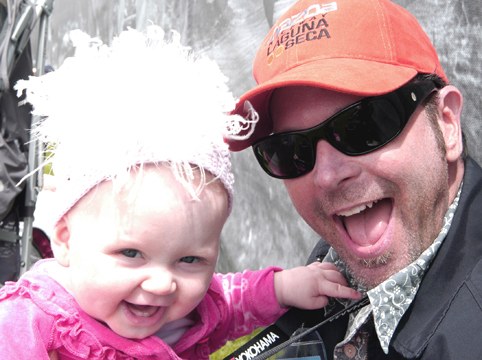 Buck and his daughter, Audrey Rue

Can you describe the range of artwork you do and how those art forms feel different from one another?

My range. What a great question! My first impulse is to answer in a Pavlovian kind of slather about how I can do this and that with smudge sticks and Photoshop super XL and blah blah blah. But then I sink down a little deeper into the question and it feels more interesting, more inviting than at first glance. My range? What is anyone’s range? And how much a part do we, the creative self, play in defining that range? Now that is interesting to me. And so my answer, if I take the question to that place, would be something like – on a good day my range is much farther than I think it is. And I might add that my job, my function as an artist is to push that boundary of what I think I can do out a little further every chance I get. 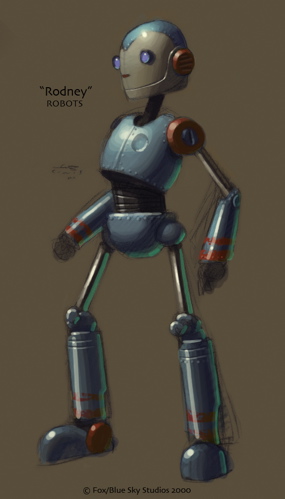 And how do those ‘art forms’ feel different from one another? I am more interested in the inverse of this question – how do all these ‘art forms’ feel the same? To me, if an art form is successful and vibrant, if it speaks to us, it really doesn’t matter how it comes packaged – as a song or a painting, a theater production or a poem, a children’s picture book or a feature film. 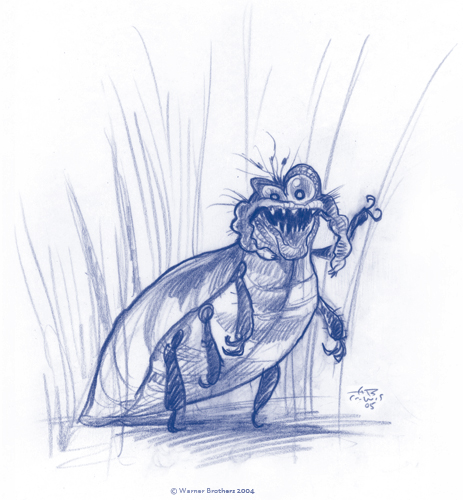 Now as for my ‘art forms’ – I think for me it boils down to one word – story. I started my career out fascinated with the idea of capturing an entire story in a moment. Like a beautiful insect trapped in amber I thought about what could be imprinted into one moment, how much could be imbued into one image that other people could experience.

And so the first type of art that I began to explore was editorial illustration – a natural venue for the narrative moment. That lasted for a good ten years or so before I found myself bumping up against my own limits of single frame imagery. I was growing bored, and I was becoming more and more aware of the next fascination – which for me was (and still is to a major extent) picture books. 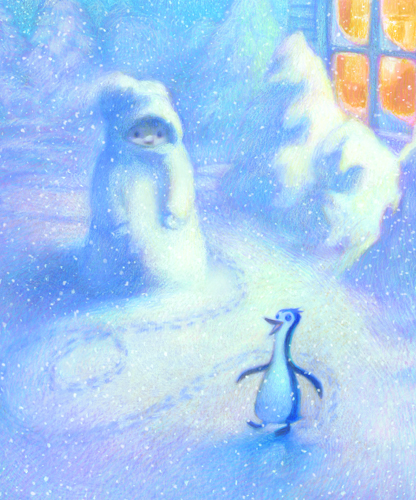 I grew into wanting to tell stories that involve sequence, that unfold in a series of connected moments. And that, in turn has led to a more current fascination of mine – the long form narrative of feature film. All of this has been a vary natural evolution that has led me to my current vocation – I will be directing a feature film for a major studio that I have co-written the story for, and I will design the characters for the movie as well.

I have really enjoyed designing the characters for well over 20 animated feature films, and have also contributed to story development on several of those features through my character development. But I discovered when I wrote my own children’s picture book how cool it was to create imagery for your own story. It is a rare and beautiful experience – and so I am looking forward to exploring my own stories in both mediums – feature films and picture books.

Describe the difference (in satisfaction, pay, etc) between the art you do that is commissioned versus the art you feel compelled to do regardless of knowing if it will sell. And can I see a sample of the more personal kind of art you do?

I think it would probably be easier for me if I could make such distinctions, but I have never been able to maintain any boundaries like that. Whenever I engage in something creatively I am in for the whole ride, so to speak. And even when I have tried to limit my involvement or have told myself I will only allow myself to go so far creatively, I forget all of that once I get rollin’ wit da homies.

As for a sample of my personal art – the answer is anything and everything I do is personal. For me there are only varying degrees of how successful I have been at opening up. I have learned that my best moments happen to be my most candid. 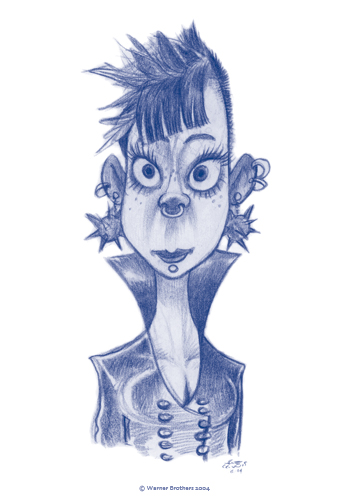 One of the interesting things about poking around on your website is seeing all of the great character ideas that go unused. What’s it like to sketch ideas and have them turned down?

It’s difficult, I admit. The previous answer should give you an idea of how personal each effort is for me. To have someone brush that aside and choose another path is hard to work through. But it is all part of collaborating on a massive creative endeavor like a feature film. I think the more difficult challenge to weather is not when someone turns you down, but when someone takes credit for something that you have created – now that is painful to bear.

To be at peace in the world as a practicing professional in the arts I believe you really need to understand, really understand, your own value outside of the opinion of your peers, your friends and most importantly your clients.

Do these rejected ideas ever find life somewhere else?

If they are property of a movie in development, they die with the project, subject to the whims of the rights holders. I liken it to the Tibetan Buddhist practice of sand painting. All care and attention is in the moment of creation. Everything else is “dust in the wind”. 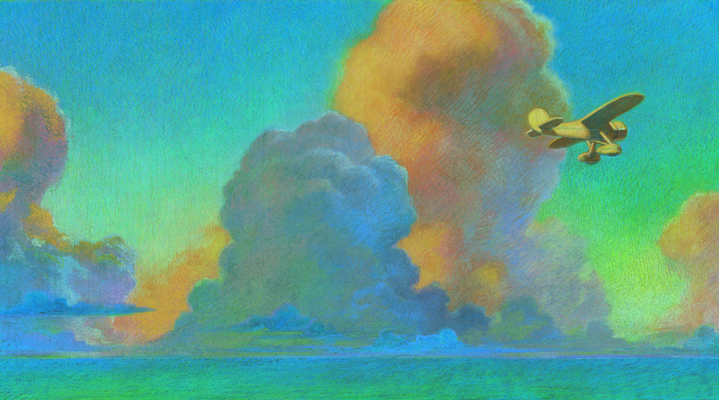 Where were you trained?

And what’s the most helpful thing you were taught?

Process. I was introduced the creative process by Tom Bostelle, a local painter in West Chester, Pennsylvania where I grew up. This enlightenment continued with some of my most treasured mentors at RISD. Process is a way of life, if you care to look at it that way. And I do.

What artists have most influenced your work?

As I mentioned – Tom Bostelle, and at RISD, Akira Arita and George Papas. Another significant influence is a dear friend – Levent Bolukbasi, who is one of those people that you are never quite the same after getting to know. And in my case that was a good thing. And finally I would add to that my friend Chris Wedge, who is an inspiration as a director and a fellow collaborator.

Other artists that have had a significant influence on my work – Hayao Miyazaki, T.S. Sullivant, Edward Murch, Chekov, N.C. Wyeth, Wim Wenders, Henri Cartier-Bresson, and Rumi. 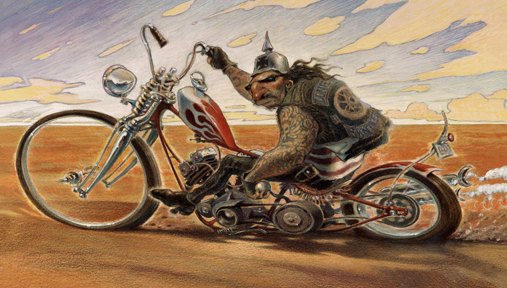 What do you consider your breakthrough job?

My first job – a 75-dollar spot illustration for BOATING Magazine.

How did you land that job, and what kinds of doors did it open for you?

Out of sheer desperation, after spending weeks pounding the pavement in NYC with my portfolio, I began to draw sailboats and various powerboats and took the results in to the art director of BOATING magazine. Brian Caniff was a kind person, and he took pity on me and gave me a job. 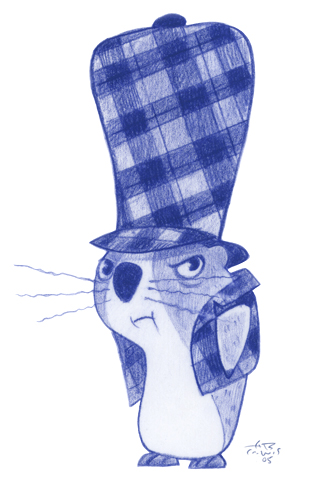 1 – I started out, long ago inking comics for Marvel. After one day of dutifully trying my very best to ink a couple of pages, I had an epiphany, one which leads into my rule number 1 – PAY ATTENTION TO THE QUIET VOICE INSIDE. You see, that was one of the first times in professional life the quiet voice spoke up – and it said something really unacceptable. It said I hate comics. And I was horrified. This was totally unacceptable – every self-respecting artist is supposed to love comics! What was I going to do with this information?! I JUST got my first job EVER as a comic book artist – and I needed that 50 dollars. Really needed. But as painful as it was to leave my precious dream of the world of comics behind, it opened the door to the next thing, which in turn led to the next and then so on, until here we are today, with me writing down my top three rules for navigating the creative waters of the art world.

2 – It’s not all about hard work; this is something that runs deeply contrary to my Protestant upbringing – but sometimes the profound can happen in an effortless instant.

Thank you for visiting, Buck!

Oh! One last thing because this is oh so cool: CLICK.