A talk with the most rejected writer in the business.

My talk today is with the most rejected writer in the business, Gerard Jones, who keeps a public log of all his correspondence with agents and publishers at his site called Everyone Who’s Anyone. One of the reasons his site is so popular, besides the fact that he’s posted the email addresses of just about everyone in the business, he isn’t the type to take rejection quietly. Instead, he writes back, sometimes many times, to tell these professionals what he thinks of their rejections. And whenever he’s asked to stop making the letters public, he publishes those, as well. 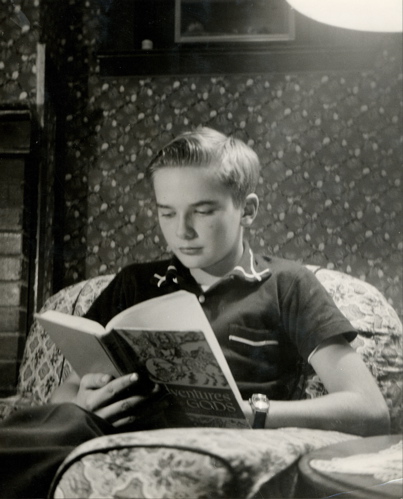 “Your site is the funniest AND saddest thing I’ve ever read.”

“Truly, you are the dog’s bollocks. Your website is the most delicious punter’s revenge on the adolescents/cynics/dimwits who seem to preside over the world’s slush piles.”

“Your website is the reason writers have a reputation for being self-important pricks.”

“Dear Mr. Jones, Well, what a stunning breath of fresh air you are.”

“Dear Gerard. thought I’d let you know that I almost pissed myself laughing at your pages.”

Gerard, talk to me about your status as the most rejected writer in the business?

Oh, I’ve got the all-time record by a million miles. It’s unbreakable. In the process of getting information for my little list I always tell agents, editors, publishers and movie and media guys to buy or sell or review or make movies out of any or all of the five different books I’ve got on my site. Just in the last four years that’s been at least 500,000 “queries,” all of which have been rejected in one way or another. The more I get rejected the more worthwhile I know what I’m doing is and the better I know my writing is. Heh.

Tell me about your website and what inspired you to start it.

What’s so refreshing is how you post every response and how you go back to people we’ve all been trained to view as intimidating, and you ask follow-up questions. Can you give me a few highlights?

Oh, I left a million off. My personal favorite response was, “Blow me.” But I didn’t put it on the site. I don’t think. Maybe, though. Do a search of the phrase, “blow me.”

[Hmm. I type in “blow me” and what do I get? Mmm, someone has sent the following letter to Gerard.]

Congrats!! You’ve managed to come across as an
ingnorant douchebag. As a writer working in Hollywood
myself, I know many of the people listed on your site
personally. Almost without exception they are hard-
working, decent, and generous people who don’t deserve
your scorn. You bitch and moan about them not reading
your book? Welcome to the club. It’s called life, you whiny
little bitch. Each of those people have stacks upon stacks of
scripts, books, and manuscripts by far more successful
writers than either you or I that they drag home and plow
through each and every weekend. And now, they’re saddled
with the added task of deleting all the spam that your self-
centered, ego-driven website generates for them.

[A note to my readers: There’s a lot of back-and-forth worth reading, but I’d be over my self-imposed limit for swear words on my blog, so you’ll have to try the experiment yourself to see how the conversation continues and how it comes to blows.]

What have been some of the responses from professionals whose notes and private email addresses you’ve posted on the internet?

Some lawyer chick from NBC Universal tried to get my domain registrar to cancel my domain name. They didn’t. I don’t think there’s any such thing as a “private” corporate e-mail address. These guys are in the business of repping writers, publishing books, making movies and promoting both movies and books. There’s an inherent solicitation of “product” by the very nature of their businesses. If GE, for example, can try to sell me a refrigerator ’cause I’m a consumer of refrigerators, I can try to sell one of its subsidiaries, NBC Universal, for example, a book. They don’t have to buy it any more than I have to buy one of their shitty refrigerators, but it’s restraint of trade, a violation of my rights to free speech and a free press if they think they can stop me from trying to sell ’em a book. I don’t think it was her I told to blow me but it might have been.

How do you maintain your belief in your work?

It’s great literature. Read it or listen to it and see. Anyone who doesn’t recognize it as great literarute doesn’t know how to read…those who have ears, etc. Especially the Audio Book of Ginny Good.

Nobody’s ever made anything like it in the history of all literary art and it’s gorgeous. Ask the three people who’ve listened to the whole thing.

Where does your tenacity come from?

Being good. Knowing myself. Being old. Having learned a lot. Being “inner” directed like that Maslow guy talked about fifty years ago. Being sane. Seeing stuff for what it is. Having been to the mountaintop. And the mountainbottom.

Any restraining orders out on you?

I’ve got several out on myself, yeah. One of these days I’m gonna say what I REALLY think.

Do you think your efforts on your website have changed the business in any way? And in what ways would you like to see more change?

Here’s what some lit agent said:

Dear Gerard, The quirks, twists and turns of fate are
indeed wonderous to experience. In the course of
promoting your novel, and your castigation of the
entertainment industry in general, you have nevertheless
come up with a webpage that is fast becoming a
excellent resource to rival even LMP for anyone
working in the industry to contact anyone else. What
an enormous amount of time you have spent creating
this, and the irony of a guide to an industry that you
find contemptible, but have helped make run more
smoothly with your wonderful effort can not be lost
on you, surely? I can only say thank you for the effort,
regardless of what may have motivated or driven you to
create this in the first place. Regards, Peter Rubie

I don’t expect any changes in the substance of the publishing industry, no. They’re gonna continue to get the most money at the least expense and with the least effort forever as far as I can see. It’s a business like any other. Art, schmart, show me the money. Anything that gets published or promoted isn’t worth the paper it’s printed on or it would get neither published nor promoted. My publisher was kind of a neophyte or GG never would have been published and it definitely didn’t get promoted at all. No libraries even know it exists ’cause the ALA, PW and all the book review editors in the English speaking world are Nazi fascist assholes. Consumers can’t be allowed to have an independent thought…you’ll fuck up the whole marketplace from toenail clippers to atom bombs. The monolithic propaganda apparatus has to keep you in the dark and feed you bullshit from cradle to grave or the rich won’t get richer, the poor poorer and nobody will have any fun. I’d like it to change, sure. You can publish and promote stuff that has something worth saying to say just as readily as mindless twaddle but you’d have to unbrainwash all the poor ‘shrooms you’ve spent the past fifty years brainwashing and that would be WAY too much trouble.

What are you working on, writing wise?

A fantasy. Like The Taming of the Shrew, but more germane to the 21st Century. It’ll be all the rage when it gets translated into Chinese.

And what are your hopes for your career in the next five years?

To be alive and in reasonably good health.

Remember to send me your responses to my question of the week: What do you do with your rejection letters? I’ll post the responses on Friday.