A radio host and her novel-in-progress.

We ate at one of those Japanese steak house restaurants last night, where they seat you with other families. We sat with a woman and her four children all under age 5. When the woman’s back was turned, I high-fived Mr. Henderson for getting fixed.

This has nothing whatsoever to do with today’s guest who I’ll now introduce to you. First, she’s my friend. When I had a tight deadline for what looked to be a sure book deal (I’m so naive!), I stayed a few days in Petaluma, California and pretty much locked myself in a room and just scribbled away in a spiral notebook. But whenever I came up for air, I gave Jordan Rosenfeld a call and we had glorious meals filled with deep talk and good gossip. And she was so understanding when I started to get some momentum for the book and I could just kind of cut out of the meal and lock myself in that little room again – no explanations necessary. When that book gets published (I’m feeling optimistic today), Jordan’s going to see a big old thank you inside.

But who is Jordan besides my buddy? She’s a deep, deep writer. She’s a radio host. Her book, “Master the Scene” will be published by Writer’s Digest Books in 2007 and her book with Rebecca Lawton, “Creating Space: The Law of Attraction for Writers & Other Inspired Souls,” will be published in Summer, 2007. Jordan is a freelance contributor to such publications as The Writer, Writer’s Digest, The St. Petersburg Times and the Marin Magazine, and a book reviewer for KQED’s California Report. And last but not least, she is a woman who allows a crazy idea to take hold and runs with it. So here’s Jordan: 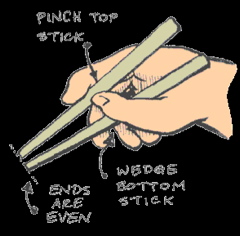 For more than three years I interviewed authors – including some of my own idols – for my radio show. I learned how to ask “the dumb” questions, that is, those questions that allow the subject to sound smart and pontificate about their work. I hope I didn’t come off as one of those interviewers who competes with their subject for “who sounds the smartest.”

At any rate, I have always wondered how I would answer some of the kinds of questions I asked my subjects. Very often I found their answers brave and surprising. One of the down-sides of being an as-of-yet unpublished novelist is that nobody is clamoring to ask you questions,

So I decided to interview myself about this novel I’m nearly finished with, The Night Oracle.

Q: Where did your novel idea come from, Jordan?

A: Why thanks for asking! It came to me as things often do, either right before falling asleep, or waking up – I don’t remember which. It started as a mere seed of an idea – a woman who has prophetic dreams. Then I spun it out – it seemed to make sense that she’d only dream about those she knew, and loved, and only things that needed some kind of intervention. But for conflict’s sake, I figured that no one would be keen to accept hard truths via dream messages, so she, naturally, alienates herself from family and friends.

The rest of the novel unfolded as I pursued who Nan was and found her love interest, my co-protagonist, Calvin, and starting pulling in threads of things that interest me, that have in fact, been extremely compelling to me. 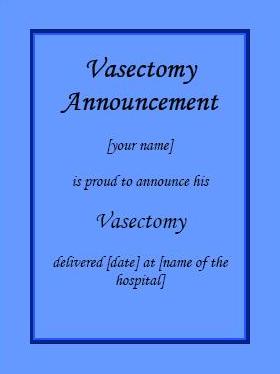 Q: So what do you think the central themes of your novel are?

A: Well, first it’s an exploration of how we know what we know, and what we choose to believe on that level. I really do believe in the idea of the collective unconscious and that we have natural access to this information through our intuition, but we either are taught to block it out, or conversely, we’re not taught how to better access it.

Then, of course, it’s a love story between two people who believe they are damaged beyond repair, about them finding each other.

And it’s also about the complicated dynamics of the parent-child realtionship. What makes your parents your parents? Is it genetics? Is it simply love?

Q: But, considering where the child, Sarina, ends up in this novel, aren’t you suggesting that blood is stronger than love?

A: I’m not suggesting anything except that our feelings about where we come from are complicated. So many adopted children long to seek out their birth parents. Why? Especially those who had loving homes? I think we want to get closer to the source, it’s a human instinct, and since God is a mystery, our flesh and blood parents must suffice.

I am also insanely awed by what modern fertility innovations have led to in terms of relationships. I know a woman who donated eggs – did the whole hormone shots, etc, and the fruit of her effort led to twins in this couple’s life – hence my model for Nan. I guess because I have a powerful maternal nature, though no kids, I found it difficult to imagine what that must feel like, knowing there are genetic children in the world that you created, OR, wanting a child so much that you would have your husband fertilize another woman’s egg/s and then carry and birth children that way. I mean, wow!

Plus, the idea of egg and sperm donations fascinate me in general – to just give away these crucial components of reproduction, and sort of let go of your connection to it – that’s big. So with Nan, who is already a master of sublimation, I wanted to play with how she would deal with being forced to take responsibility for a life she helped create.

Q: You leave us wondering if Nan’s dreams are really prophetic; if Hebredius is really a channeled being or just a product of a grieving woman’s mind, and if Sarina really is psychic or just suffering some kind of mental illness. What do you believe on the subject of psychic phenomena?

A: Well, that’s a major part of why I wrote this novel, to hold that question up to the light. The fact is, we don’t know, do we? I’ve had flashes of insight that can only be called psychic. I routinely know things my husband is going to say, but maybe then psychic phenomena is in great part just keen observation of the world around us. It doesn’t really matter to me what the truth is – I just believe that there are many ways of knowing and that, at root, when we deny knowledge on one front, it seems to come in another way.

Q: How does that manifest in your characters Nan and Calvin?

A: Well, I think ever since Nan let her mentor in art school force the belief that she had no true talent, and since she gave up painting, she denied herself access to whatever it is that is expressed through creativity. And Calvin has been living multiple layers of denial, never knowing his father, his psychotic mother, his past – all hold him hostage and prevent him from being able to find love.

Q: Weren’t you concerned about the plot angle of Nan having night prophecies and Calvin having night terrors being just a little too coincidental?

A: Not at all! To be honest, I think we attract like situations and people to us, and I think it makes sense that we find those who suffer or think or believe like we do.