The heart of an artist: Norman Mallory

Earlier in the week, you met two artists getting steady commercial work. Today, I want to introduce you to an artist who has never been able to support himself with his art, and yet his art gives him life. He is a lovely man who will talk today about the heart of an artist. Please meet Norman Mallory, who was recently a featured artist on studio8. 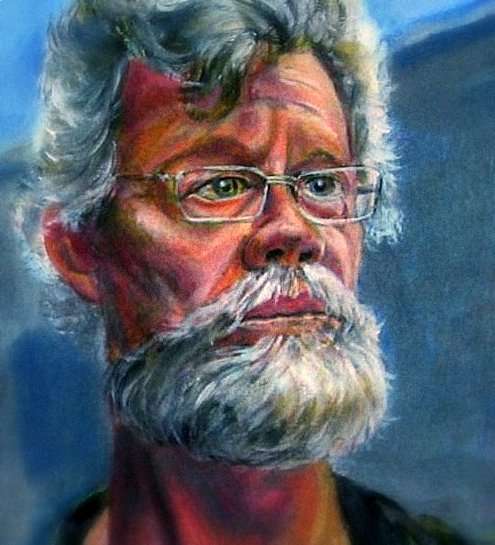 Tell me about the range of art you do (medium, style, etc).

I draw and paint in many media. For several years I did only watercolor and egg tempera paintings, but recently I have returned to oil. I like drawing from life as often as possible in a full range of media. I used charcoal and graphite for years in working from the figure. Now I use brush and ink for comics, of course. I made many woodcuts when I was younger. 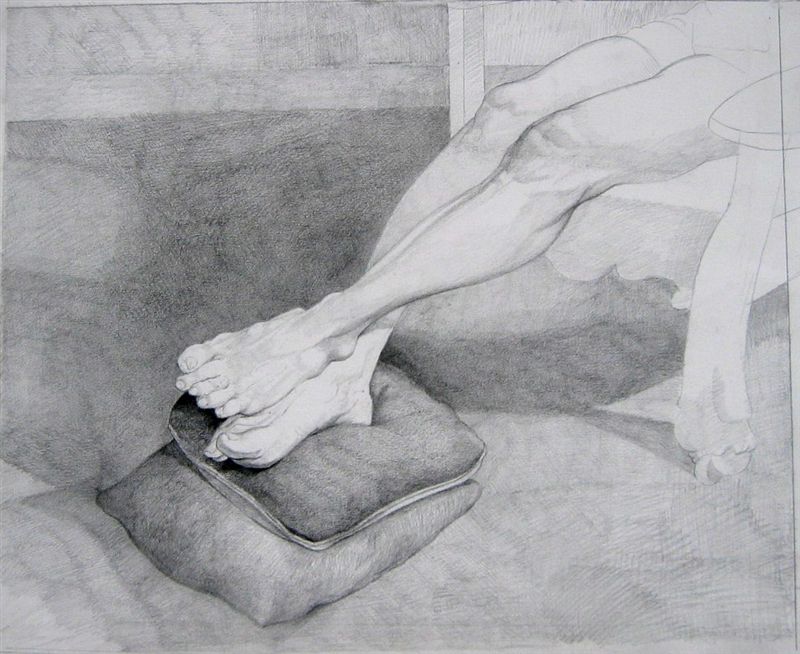 Where were you trained? And what’s the most helpful thing you were taught?

I know the world uses the word “training” quite conventionally, but I rankle at it a little. The tropisms necessary for learning to draw probably apply most here. I learned to draw mainly on my own, but many hours in the life rooms of some college and universities have helped.

I had a very good drawing teacher right from the beginning, in my teens. He was merciless and weaned me away from all the comfortable cliches I’d been rewarded for by earlier teachers. It was a kind of boot camp working with him, a real humbling experience. Slowly, very slowly on a kind of circuitous path, I regained the confidence he had rightly eroded, and, using the way he had taught me to see, I began to gain ground. The most important thing for me has been learning to look at nature clearly and draw what I see without letting tricky facility interfere. My teacher helped me there. He made me draw wearing boxing gloves. 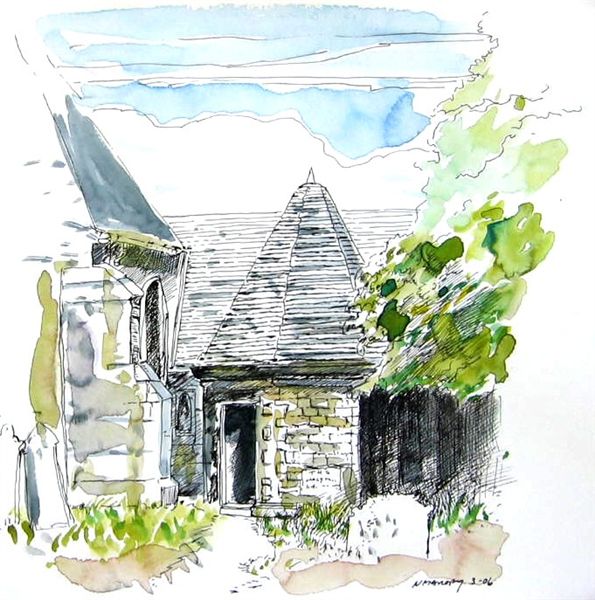 Would you say that you’ve “made a living” at being an artist?

No. I made a living as a teacher in various colleges and universities. I got money and some free time from that job, but I have never considered myself anything but an artist and never considered teaching anything but a job. I think I needed the security that teaching provided me since I came from a very insecure home environment.

While I sell my work, I have never sought notoriety with any determination, never tried to become a star. I’d be embarrassed and think I’d lost my marbles if I had hundreds of banners, like Bill Viola, showing pictures of me up and down major boulevards in Los Angeles. Being Bill Viola must be hard at times, but it’s not as hard as spending thousands of hours grinding away at learning to draw the figure. As Stan Freberg says, “It’s all in the way you look at it.” 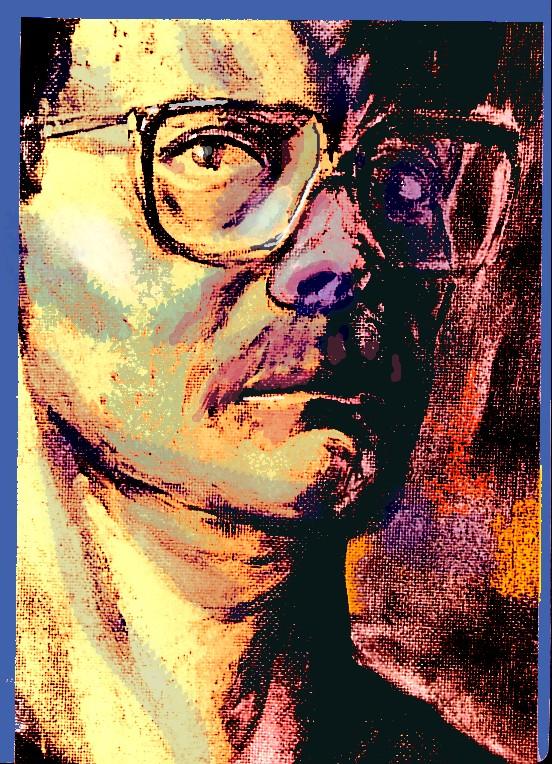 What have you given up or endured to remain in this profession and talk to me about whether it has been worth it and why.

I have chosen not to have children, for various reasons, most of them having to do with my art but also centrally because I would make a lousy parent. I have resisted going into debt. I own almost nothing except my books, my art supplies and a few stringed instruments. My wife lends me her car. l have always wanted to be an artist since I gave up the idea of being an astronomer at about age eight. I think I understood pretty early that painters who made a lot of money were fairly rare and resigned myself to the have-not group. Artists like Andrew Wyeth who make barrels of cash appeal to something in a broad audience I can’t (and don’t want to) reach. He should stop giving interviews and writing autobiographical notes on the sizes and condition of his model’s sex organs, by the way. It’s getting embarrassing. 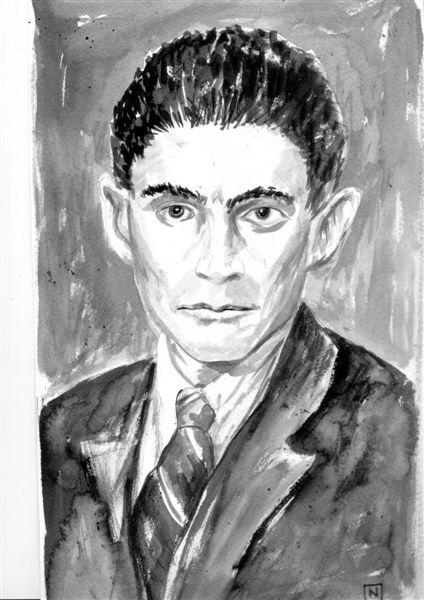 Describe the difference between the art you do that is commissioned versus the art you feel compelled to do regardless of knowing if it will sell.

I have and will continue to make the largest part of my art without any hope of sale. The game – I call it the “wine and cheese pageant” – of being noticed, groveling, “making connections” is something I haven’t been able to manage, being constitutionally weak in the self-promotion zone. I can’t use business strategies at all, which is why I became a teacher – as a sort of refugee from the business world.

I have been paid from time to time for commercial work, including writing. And I have an agent selling mostly watercolors for me. But I could never subsist on sales or commissions. Last year I made a few hundred dollars on art, that’s all. Since making money is the measurement most people recognize when art is discussed, they don’t discuss me.

Cezanne was ecstatic when his father, a banker, died and left him financially independent and we all know what happened to poor Vincent. 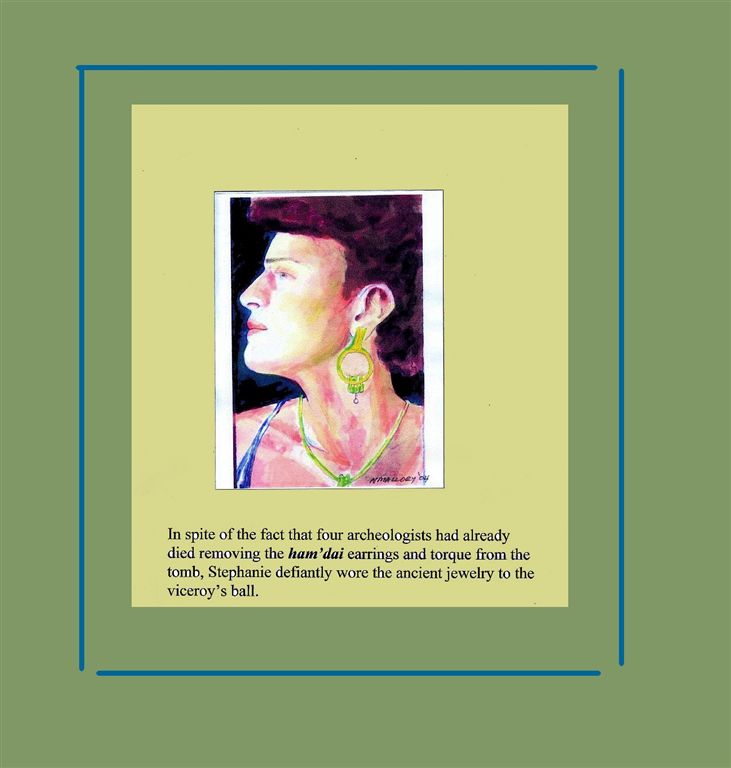 What artists have most influenced your work?

Cezanne, Bonnard, from whom I’ve tried to learn about color. Picasso for drawing and printmaking. R.B. Kitaj and Lucien Freud in their eloquent handling of the figure and the weight of narration that emerges from their work.

There are many, many others, some of whom were “commercial” artists like Robert Fawcett, one of the most accomplished picture-makers this country has produced. I like abstract art too. Franz Kline, DeKooning, Rothko and Motherwell have had a profound effect on me spiritually, you might say. And there are other witty painters, like the Cuban Julio Larraz. Philip Guston’s late work is important to me, as it is to thousands of artists.

Avigdor Arikha, the Israeli painter based in Paris, has taught me much, particularly about the still life. Morandi and his marvelous subtle vision. Antonio Lopez-Garcia, the Spanish realist. Balthus for his mysterious eroticism and extraordinary painting technique. I’m fond of expressionism too, and have even been called an “expressionist”, whatever that means, in print. So – Frank Auerbach, Leon Kossoff, Bacon of course. I have an affinity for the English as you can see from my list. There’s a young man named Phil Hale who won the BP award in Britain a few years ago who makes marvelous illustrations in oil.

The Americans Morris Graves and Ben Shahn are central to me, for their ardor, social commitment and Buddhist (in the case of Graves) influences. Graves is a sort of Gary Snyder of painting. Brad Holland is an American illustrator I’ve learned from. And the marvelous Howard Pyle among the older artists. I could go on and on. I’m a careful student of art history, trying to learn something from everyone I look at. As an old teacher of mine said to me when I was young : haunt the museums. All the problems are already solved there. 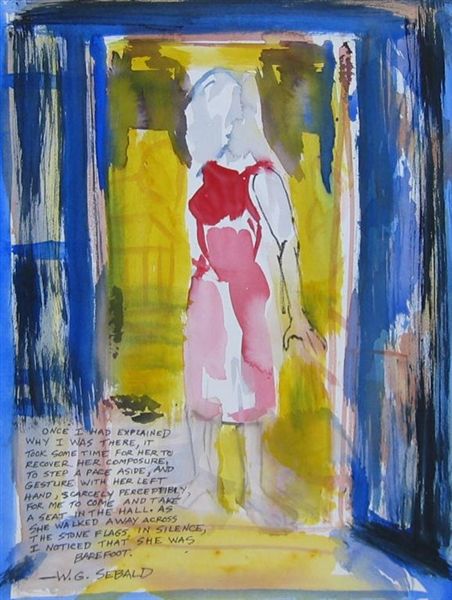 What do you consider your breakthrough job? How did you land that job, and what kinds of doors did it open for you?

No breakthroughs, no landing, no doors opening. Really, my work is in very limited circulation. Sometimes I’ll visit the friend of a friend and, in their commodious home, see one of my pictures hanging on the wall nicely framed. That is very gratifying. And my work has appeared in print from time to time. 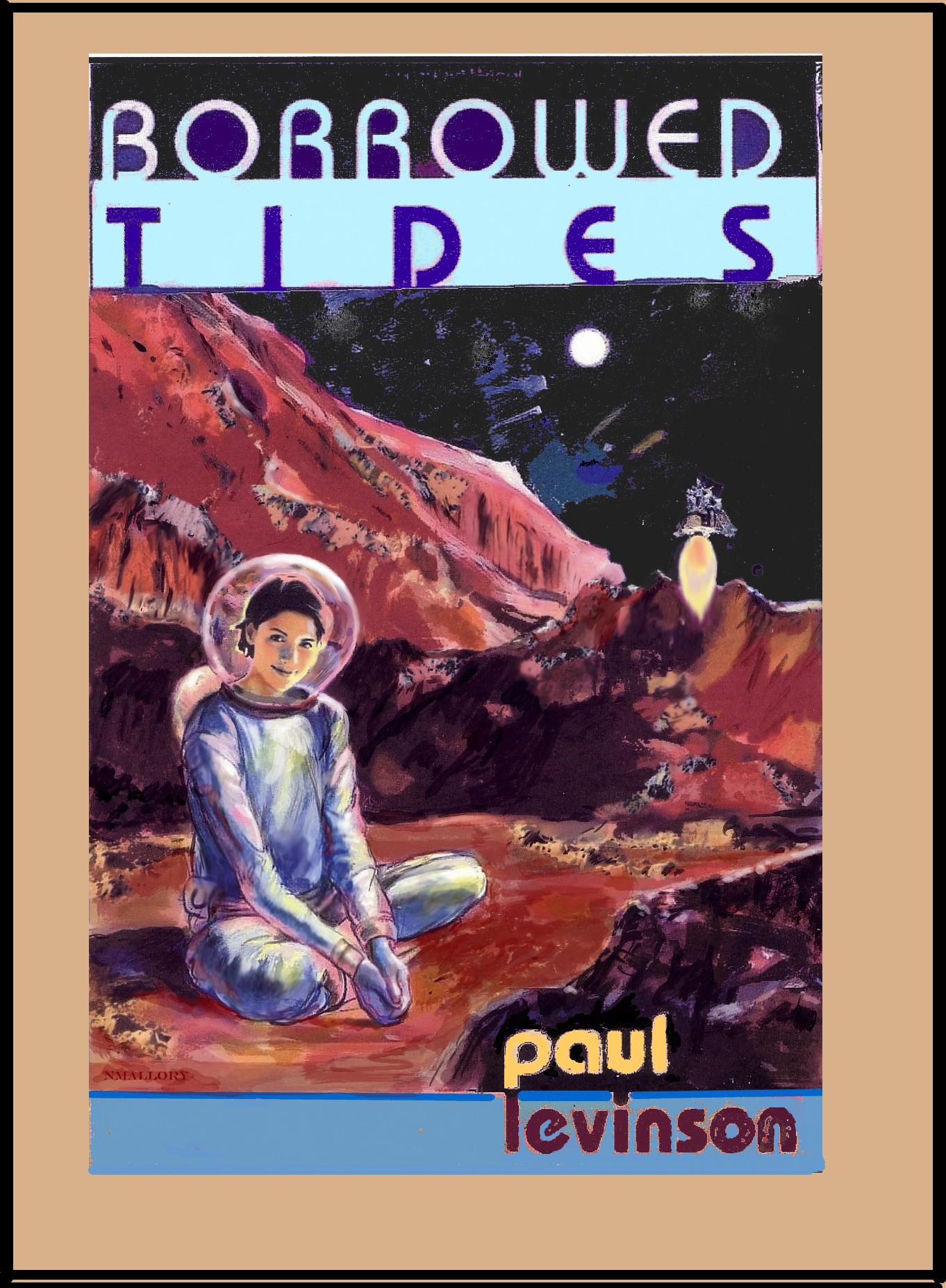 Who are some of your favorite writers and illustrators?

Again, this is a fun game to play but I could fill a small pamphlet with my lists of this kind. In addition to the illustrators I named above, I’ll throw some more obscure ones at you: Edmund J. Sullivan, Joseph Clement Coll, Daniel Vierge, Edwin Austin Abbey, Lynd Ward, Rockwell Kent – all for their use of pen and ink. I’m very, very fond of black-and-white illustration. Austin Briggs, Albert Dorne, Al Parker, Stephan Dohanos, Robert
Fawcett (whom I mentioned above) and all the “Connecticut Famous Artists” group. You know the ones who had the “Draw Me!” matchbook ads back in the fifties? Burt Silverman and his beautifully observed figures and portraits – what technique! Robert MacGinnis and his sexy ladies and tough cops and spies. That guy can paint anything well. 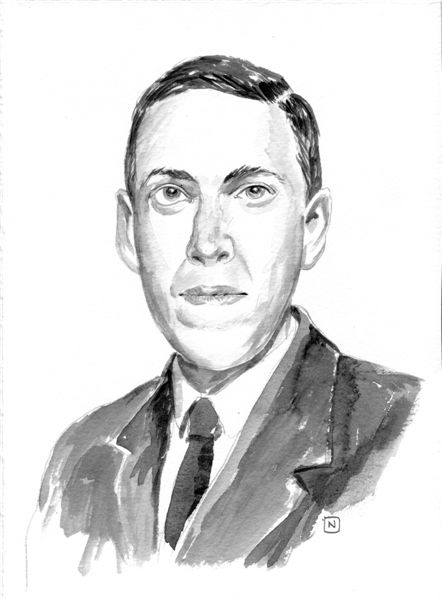 Among writers I have frequented over the years: Borges, Rilke, T.S. Eliot, Louise Bogan, James Wright, Galway Kinnell and Elizabeth Bishop. Lots of Walter Benjamin, George Steiner and William H. Gass. The luminous and short-lived Bruce Chatwin, W. G. Sebald whom I read again and again. Samuel Johnson has been a constant companion, and one of his own favorites, Sir Thomas Browne. I love “Vulgar Errors” (“Pseudodoxia Epidemica”). It always cheers me up.

The brilliant and original little wild, chestnut-haired Emily from Amherst.

Melville, particularly in his shorter works, is just great – “Benito Cereno” and “The Confidence-Man” for instance.

In my former job I taught a lot of Shakespeare, naturally, and thereby came to know him better than before. Robert Burton, Dryden and Pope. Marlowe. Milton. I used to teach “Paradise Lost” and came to love its cadences and imagery.

I read “The History of the English Speaking People” several years ago and loved it. 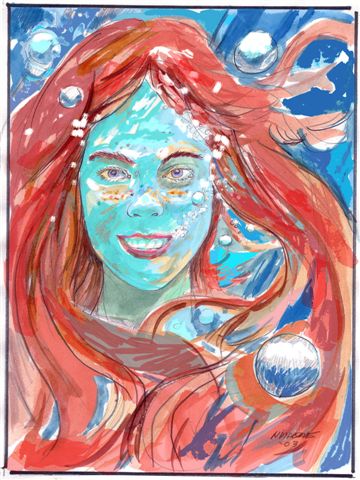 There’s a new Library of America edition of H.P. Lovecraft I just ordered. I have long loved his somewhat tangle-footed wannabe Augustan prose.

As Pound said about his “Cantos”: there are good things buried in there.

I went through a long period during which I read lots of Virginia Woolf.

V.S. Pritchett is a prodigious and complex writer who deserves more attention since his death, having lived and written for nearly a full century.

Bellow, of course, among our writers.

Nabokov, in all his disguises – letters, lectures, polemics and chess problems.

This is getting out of control. I’ll stop. 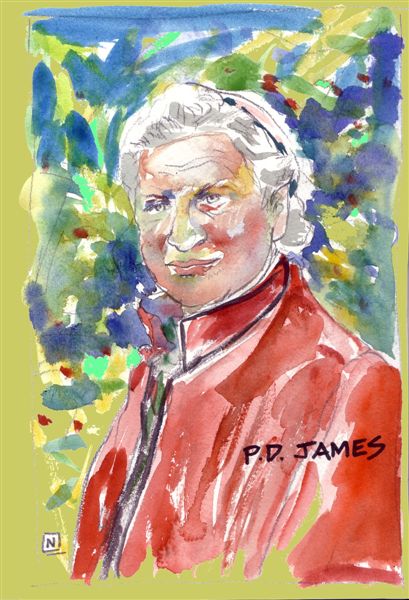 1. Observe nature attentively and copy it faithfully. Style will take care of itself.

2. Follow Flaubert’s dictum when it comes to your own style, but only after a long apprenticeship: “Not to resemble one’s neighbor; that is everything!”

3. Study the history of art. Be influenced by many. Don’t merely copy your hero(oes).

It was a pleasure to have you here, Norman. Tomorrow: my artist friend who opened my eyes. And Friday, an artist whose movies, last I checked, are currently number 1 and number 6 at the box office. Stay tuned!