Last week I ran a contest, offering a prize to the first person to correctly guess my mystery guest, Josh Kilmer-Purcell. His prize? A little fun right here. So welcome to Ron Currie. I’ve been a fan of his writing for a long while, but for those of you who need introductions, Ron’s stories have appeared (or will soon appear) in Alaska Quarterly Review, Glimmer Train, The Cincinnati Review, The Sun, Ninth Letter, The God Particle, Swink, Willow Springs, New Sudden Fiction (W.W. Norton), and Night Train. His novel-in-stories, “God Is Dead,” will be published by Viking in 2007. 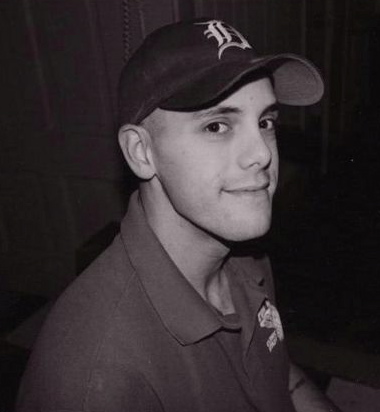 You’ve had a pretty amazing year so far, going from longtime short-order cook to a guy with a book deal. Can you fill my readers in?

Sure. The past few months have made a lot of my decisions to this point (dropping out of college, not marrying or having kids, working throwaway jobs to protect my writing time and energy) look suddenly pretty smart. As far as the book deal itself, I had a comparatively easy go of it. I first started querying agents in October of last year; by December I’d signed with Simon Lipskar of Writers House (who, despite the fact that he’s a Yankee fan, is a whip-smart, fantastic agent and great all-around guy to boot). Simon started submitting the book near the end of January. There was immediate interest (due as much, I’m convinced, to Simon’s wisdom about where to send the book as to the quality of the book itself) and within two weeks I had a deal. So in the span of three or four months I went from where I’d always been–slinging slop and writing on the side–to where I am now, where I’ve always wanted to be: writing full-time. I feel extraordinarily lucky.

How has your personal life changed since you signed your contract?

The biggest difference is I don’t trust anyone anymore. If my girlfriend tells me how handsome I am apropos nothing, for example, I know what she’s really thinking is: ‘I hope he goes on the Daily Show so I can make out with Jon Stewart in the green room.’ Before, I was such a loser by most standards that if anyone offered praise I could rest assured that they were a)sincere, or b)drunk. Now it’s more complicated. I spend a lot of time hiding in dark rooms, waving a boxcutter at shadows and such.

But, kidding aside, things haven’t changed a whole lot. I bought my first car. That was nice. If I want to go somewhere for a few days, now I can afford it. And I won’t miss any of those Red Sox/Yankees weekend series now that I don’t have to work. That’s about it.

Tell me some of the praise you received from the folks who jumped on board with your book (editors, agents, film people). No need to be modest–you’re just passing along quotes.

Just about everyone I spoke with during the process of selling the book–editors, mostly–was so flattering that I began to suspect the whole thing was a put-on. How is it possible, I wondered, that so many people like this so much? I remember at one point I called Simon’s office, and his assistant told me she’d read a few stories from the book and it ruined her for the rest of the day–she couldn’t work. How do you respond? I said, lamely: ‘Sorry about that.’ I’m not exactly gracious when it comes to taking a compliment.

Are you looking towards the next writing project or busy fine-tuning “God Is Dead”?

Both. At the moment I’m revising “God is Dead,” but also going over the concept for my next book with my agent. It should be equally weird; I find I have very little interest in writing anything that doesn’t feature, say, omnipotent dogs who walk on water and speak Aramaic.

Who are some of your favorite writers besides me? ; )

Good God, how much time do you have? Carver and Vonnegut stick to me over the long haul. David Foster Wallace and George Saunders are two of my favorite not-dead writers. Bernard Malamud. Junot Diaz. Kafka. Thomas Lynch, an undertaker who writes these beautiful essays, the kind of writing that makes you immediately feel like a better, smarter, more actualized human being the moment you read it. I went through my Kerouac phase and still enjoy some of his stuff. Hunter Thompson. Jeffrey Eugenides. Harlan Ellison (I don’t care what John Gardner said about the guy; he can be brilliant). And on and on…