My kids have been back in school for one week, and already I got a call from the school nurse. Green-Hand Henderson was in the nurse’s office complaining of a “tingly tongue.”

“I checked for swelling and didn’t find any,” she said. “Green-Hand was worried he’d had an allergic reaction.”

“Oh, he was eating ants on the playground today to impress the girls.”

“Put Green-Hand on the phone, please.” 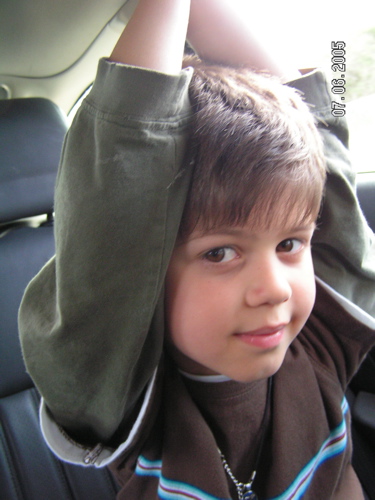 I told my son to get a drink of water and go back to class. “You’re not allowed to eat ants at school.”

I have to say, I’m not exactly shocked when I get these calls. My boys, afterall, spent the weekend inventing a new game called Spiffle (think Magic Cards), featuring “Samurai grandmas from Uranus.”

I asked the nurse, “Is this something you’ve had to do before – you know, call about ants?”

Sigh. I guess only my mom understands what it’s like to get a phone call like this.

This is all relevant to my feelings about 9-11, believe it or not. I was going to tell my story of where I was and how that day and the months afterward played out in our family, but I realized I’m tired of reliving it. That’s not where I am anymore.

The short of my story, the part of it that I can’t disconnect myself from is that I was the messenger. There was a little girl in Green-Hand’s class of 10 students who lost her father, and that little girl stayed with us as her mother slowly learned of and came to accept her husband’s fate.

The problem was that several weeks went by before she was ready to believe her husband wasn’t coming home, and by that time, she didn’t know what to tell her daughter. So she asked me, and one October morning, I told the little girl that her father died and what death meant – how he couldn’t come home again and eat dinner or tuck her into bed.

This is a picture of that little girl, my boys, and a neighbor of ours on September 12, 2001. They’re in the boys’ clubhouse, happy as can be because they don’t know a thing. The weather is beautiful and there are no planes in the sky, which is unheard of when you live near JFK and La Guardia. 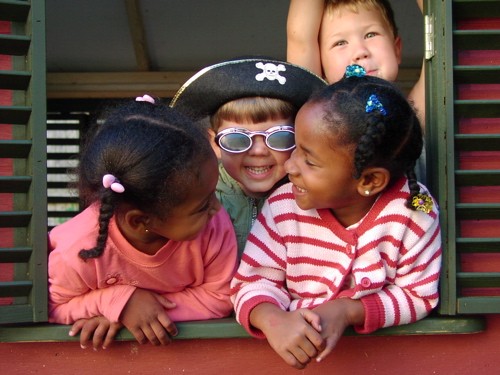 Instead, every month, I met with the moms from Green-Hand’s class for Mexican food and girlie drinks. Slowly, we learned to laugh again. It was the year Green-Hand got pecked by a rooster on the class fieldtrip to the petting farm. It was the year we sat around that table, tipsy, dreaming of moving farther from the city. And within two years, that’s what we did – every one of us. 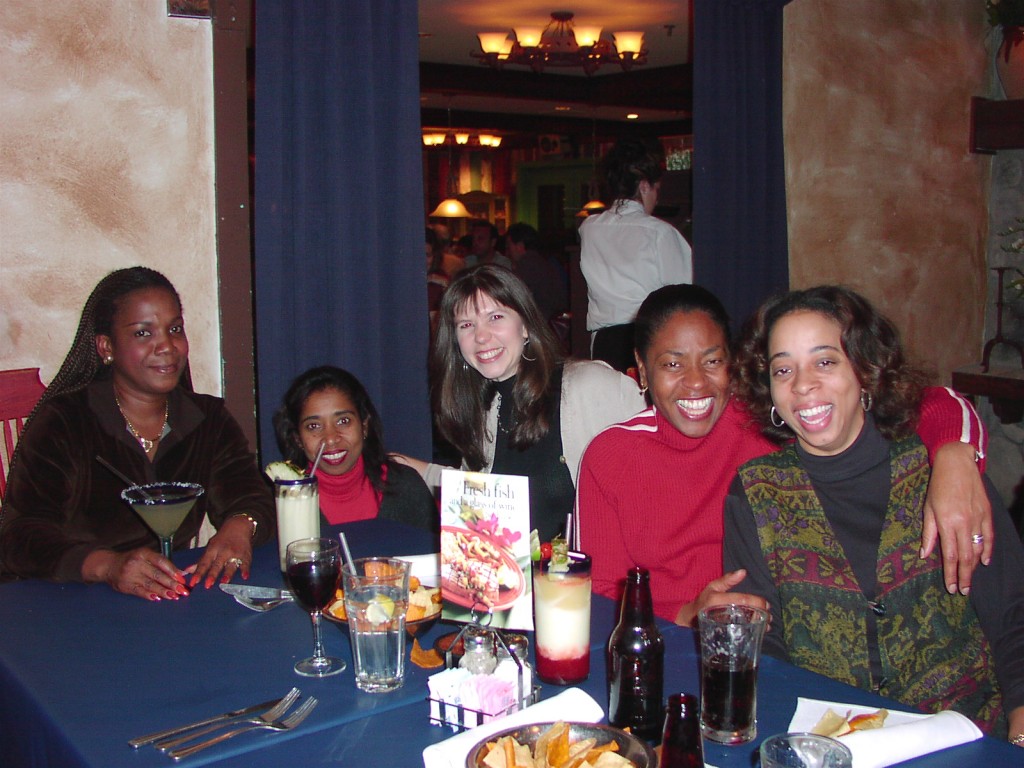 Sometime after that first anniversary of 9-11, I was thinking about the little girl’s father, my friend, who had died up there in Windows on the World. I missed his smile and how he sat on my floor outside the kitchen putting some little plastic train track together. I missed our barbecues and talking to him about the funny stories our kids brought home from school. He would have liked the rooster story.

And I thought: sometimes it’s the little details that create meaning in our world. There are writers who look at humanity from a long lens and show us sweeping themes about our behavior and our culture and our history. But there are also writers who focus in close – who wake up the senses to the smallest details and moments. There is tremendous value in both of these ways of telling stories. And I needed to realize this before I could write again.

Thank you to all who answered the Question of the Week: Carolyn, who spoke of the plunge taken by the travel industry and yet the heart of the traveler still seeks adventure; Lance, who spoke about the state of vigilance we’ve entered into as a result of the attacks; Peter, who asks what inspires us to make weapons of mass destruction; Gail, who uses this catastrophe to better understand the divisions and oppressions of others, and who tries to remember that our nation is also guilty of inflicting this kind of horror; Kasper, who wants to make sense of 9-11’s aftermath and how we can make progress toward world peace; Pia, who found that 9-11 exposed unspoken troubles in relationships, and who is now a part of rebuilding New Orleans’ spirit after Katrina; Patry, who uses this new sense of impermanence to give away more, plan less, and love with more abandon; girlgrey, who sees this anniversary through the eyes of her sixth grade students and the lies they believe; Mikel K, whose poem reminds us that it’s always the regular folk who get screwed in these wars; and Joe, who experienced such personal loss that day that he doesn’t have enough distance for insight or geo-political musings. Thank you for your stories.

Tomorrow, stop by for a conversation between BookSlut reviewer, Angela Stubbs and author/editor Gina Frangello. Have a good weekend!