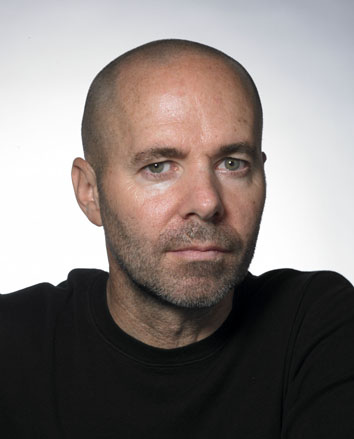 Who is Tommy Kane?

My name is Tommy Kane. I was born. Went to catholic school for 12 years. Quickly learned I was going to hell. Attended art school in Buffalo. Got hired to be an illustrator for the Buffalo Evening News. Moved to New York. Got hired in one day to work in advertising. I had a dream to make a living as an illustrator. It was harder than I expected. Thought advertising was cool. Became an art director. Started to make lots of dough. Hung out with celebrities and supermodels. Somewhere along the line I forgot about my dream of being an illustrator. Made more money. Had a life changing experience and now I am getting back onto my original path of wanting to be an illustrator. 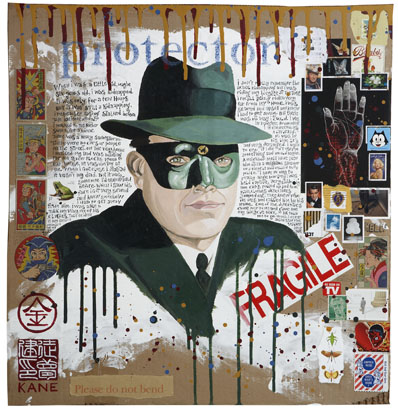 You’ve made a name for yourself in advertising. Talk to me about the difference (emotionally, artistically, etc.) between that artwork and the illustrating, sculpting and sketching you do.

Basically in advertising, the work passes through many hands. Clients, clients’ bosses, then their bosses until fifty people have had their say. And they always say the same thing: “I don’t like it” or “can’t you make it look like that Dunkin Donuts ad I saw.” When I am home doing my own work, no one has a say but me. I’m the client. I draw, paint and sculpt so I don’t get too bored or into a rut doing one kind of art. The sketch books I can take anywhere so there is never an excuse not to be doing art everyday. I also do big paintings, so sometimes it’s hard to set up and work in my 800 square foot apartment. Same with my 3-D work. I force myself to do it because I need to. No other reason than that.

If I flipped through your portfolio and your sketch journals, what would I see?

I’m very anal compulsive so I have different types of sketch books. One is just for my travels around the world. Another is just portraits of my family and friends, another just for political drawings, another for watercolors, another for large drawings of architecture done in black ink and colored pencils. I did one that was a true comic book of my life as a 5 year-old. I consider each of them a perfectly executed theme book. When people come to my apartment and flip through one, they always say, “man you should do a book” and I say, “I did. You’re holding it in your hand.” 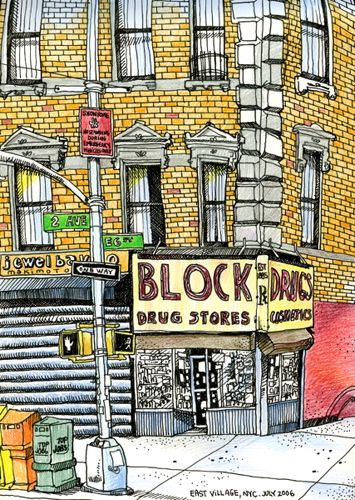 Describe what you love about making art. Which part of the process is most fulfilling to you?

I can’t say I would use the word, love. It’s more I need to make art. To me, making art is a blue collar job. You have to roll up your sleeves each day and be prepared to get dirty, along with the aches and pains. It’s physical. If I draw or paint for a few hours, I’m exhausted. Doing my journals on the street is a constant struggle with discomfort. There’s the heat and rain, tons of people looking over my shoulder, cars parking right in front of my view when I’m only half done. The most fulfilling part is when I am finished with something and then for a fleeting moment, there is joy. 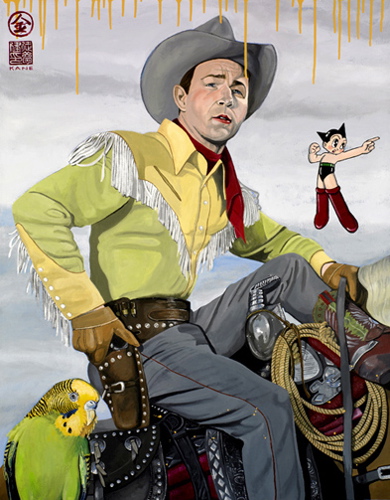 How do you know when you’re in your zone? And do you have any tricks for reaching that state?

How does a blue collar worker know when he is in a zone? He doesn’t. He gets up each day to do his work. Sometimes with a hangover, sometimes sick, sometimes feeling amazing. The trick for me is to keep going, especially on those days when I don’t want to get out of bed, or when painting or drawing something is the last thing I want to do. As long as I am physically doing art, something will happen. Change for an artist is a slow process. Day in and day out, it’s hard for me to see if I am getting any better or evolving or if I’m in some sort of zone. But when I look back at a year’s work, I see that I did progress and evolve. So to answer your question, I must have been in some kind of zone the whole time, I’m just totally unaware of it. 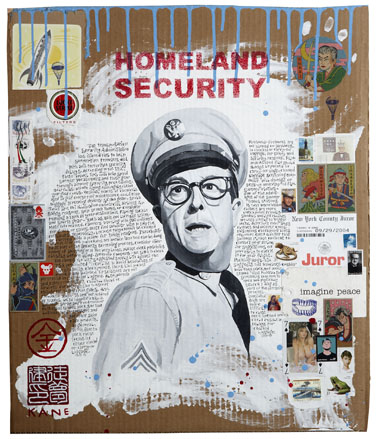 Talk to me about the drawing you can’t seem to get right, self-doubt, and other frustrations of trying to create art.

This question touches on the nemesis of my life. I’m a little emotional just answering this question. Something happened to me to fill my life with nothing but self-doubt. About 15 years ago, I ever so slowly started to have panic attacks. I began to have trouble being in meetings at work. I stopped going to parties. I fluffed them off as just being an isolated incident here and there, but they grew stronger and more frequent. I got call waiting at home. I was always checking who was calling, but I never answered the phone. I panicked on trains, in restaurants, on the street. It then began to happen every day, eventually dominating my life. This all took years to happen. Soon no one was calling. For five years, I never left my apartment except to go to work from Monday to Friday. While locked in my own hell, I began to paint. Before that, I only drew. My painting skills grew while I was in this terrible isolation. It’s the only thing that helped me keep my sanity. The attacks became so severe that there were times I couldn’t enter the building I worked in. Sometimes it took me hours to get up the courage to make it to my office. It was a scary time. So back to your question, self-doubt was my constant companion. No one really saw my artwork. Only me. I didn’t think any of it was any good at all. Don’t get me wrong, I liked it but I felt compared with other artists, I was terrible. I had self-doubt every time I picked up a pen or brush. I eventually got help, and haven’t had any attacks in many years now. I even got married recently. Getting all my work together to publish my own website has been a major step in my overcoming all the self-doubt with which I had lived. The great feedback I’ve received has been the best medicine of all.

How do you work through that?

I just had to keep going. Deep, deep down below the self-doubt, there was a voice that said “but maybe you really are good.” My wife said I had a fear of success. Now when I draw or paint, I feel like I have great skills. For example, when I do my moleskine drawings, I don’t use a pencil to sketch anything out first. I just whip out a pen and start drawing. My drawings are always a series of mistakes that I am trying to correct. In the end, it always looks like I wanted it to turn out that way, but the mental process is a bit rough. Working that way has given me great confidence. Now I feel like Superman. 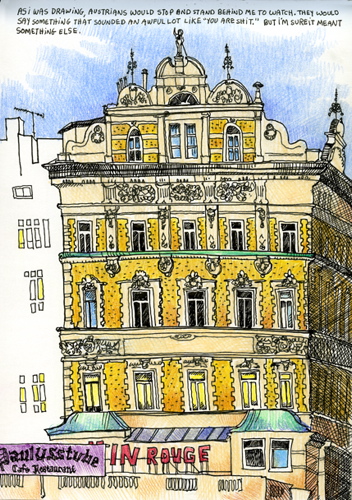 Tell me about your travels where you’ve gone and what you learn by going away.

I travelled quite a bit for my job in advertising. I’ve done commercials and photo shoots in Ireland, France, New Zealand, Africa (went on a safari twice), and Australia. I’ve travelled personally to England, Holland, Hungary, Italy, Japan, Hong Kong, Mexico, Austria, and the Czech Republic. When I would travel for my job, you instantly have friends in these places. It is not like being a tourist. I go to people’s homes, party with their friends and go to the places off the beaten path to really see what’s going on. That has been a privilege. I’ve learned that the world is filled with a lot of nice people. I’ve learned that the world is full of super talented individuals who have built amazing cities, painted amazing paintings, sculpted amazing sculptures, came up with ingenious recipes. I’ve learned there is a lot more to the world than Starbucks and KFC. I’ve never had a bad experience overseas.

I know you have opinions about the state of the world and the US’s involvement in it. Would you be willing to draw something about that that I can show on my blog? 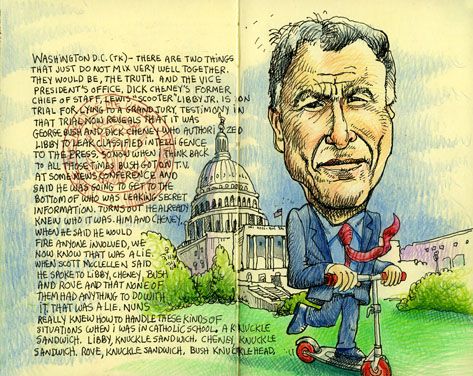 What would you like to do (artistically or otherwise) that you’ve never done before? 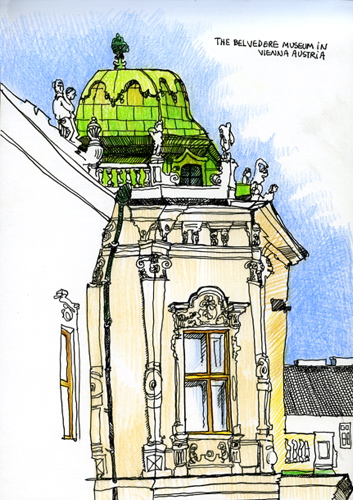 Could you share 3 pieces of advice to other artists?

1. Draw. Because of the computer, it is becoming a lost art. Drawing everyday is a great exercise — it’s like going to the gym. Also you don’t really have to be very good to do it. It’s about the art of seeing things. We all loved to draw as little kids, but then somewhere along the way, we told ourselves to stop doing this fun activity. 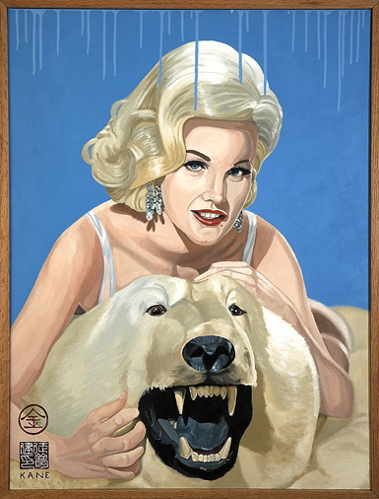 Did I already say how much I adore this man?

If you’re on MySpace, make Tommy your friend and send him a nice note. And also leave your comments for him here.