I once had a crush on a boy at my pool named Win. He was several years older than me. I was eight. And I wrote him a note containing a long piece of blue yarn. I told him I loved him and as a sign of my love I’d be wearing a piece of yarn around my neck; and if he loved me back, he must wear the enclosed, matching piece of yarn. 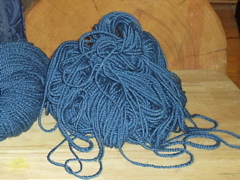 If you look at any of my swim team photos that year, you can see I’m wearing a blue string around my neck. He never wore his, the bastard.

That next school year, because my heart had room for another, I also fell in love with my teacher. Many of you know the story so I won’t bore you with the re-telling, only the ending. I had fully believed my teacher loved me in return, until he committed the unthinkable and humiliating act of treating me like a student, complete with a patronizing lecture. I still loved him, of course, but it became a raging love, and I took the apple I’d given him earlier in the week, peed on it, and placed it back on his desk. 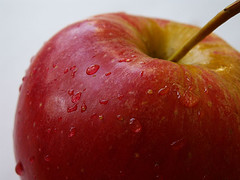 Oh stop. Didn’t you ever have a little fit?

I don’t have a photo of me walking into a tree the day beautiful Ro’ee passed me on campus. But I do have this photo of me practically standing on this poor diving coach’s feet (this is the summer before I started high school) because I just wanted to crawl inside of him if I could.

And isn’t that the way of obsession? In private, obsession is like finding yourself in a trance on the exact balance between rapture and throbbing pain. In public: embarrassment.

A girl may even send that diving coach a picture like this:

I’ve come to learn this about myself: I must like something about this painful state or I wouldn’t seem to seek it out. I must like to have things just out of reach and feel the fire that builds in seeking to have it.

Writing is like this for me…a desperate yearning for the words I may never reach. I don’t know, I kind of like intangibles. Love, art…the fun is the struggle to get it right. 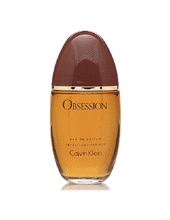 Thank you for your answers this week: Sarah, who puts her obsessions into her writing and lets wild fantasy take place; Josh, who says he’s too lazy to follow through with obsessions (does dressing in drag count? I guess not); Lance, whose obsession used to be making himself into someone else: “Not working at being the best me but just being someone else entirely” (I smell a BOOK DEAL); Kathy, who is obsessed with washing, drying, and putting away every dish before she goes to bed; Aimee, who develops obsessions for authors and then reads everything they’ve ever written; Carolyn, who says, “Obsession is passion burning at full flame, requiring constant attention to keep it from boiling dry;” n.l., who calls me chicken shit and then continues the conversation over here, where he’s set up an east coast/west coast type rivalry against LitPark (check it out; I was very entertained by it); Terry, who thinks obsession and fixations are probably necessary to help a writer to go the distance in writing a book; Shelley, whose novel focuses on love obsessions and jealousies; chingpea, who thinks about what it would be like to have someone obsessed with her; Lauren, who, if she talks about her obsessions, won’t have time to get any work done; Joe, who admits to all types of obsessions: psychosexual Freudian attachment, compulsive behavior, and an idee fixe (which I almost pluralized but thought there are so many French folks in the park this week, I don’t want them to see how rusty my French has become); Darrin, who says, “Obsession is like a drug that keeps you going,” but a drug with side effects; Utahna, who talks of the obsession-like focus of preparing for a new baby; Mikel K, who’s obsessed about everything from alcohol to punk rock, but methinks the heart of his book deal is his obsession with having to be somebody going somewhere; Carol, who says youth was filled with romantic obsessions that caused suffering, but now she likes to think her obsessions have transformed into passions for political and social change; Brad, who, among other things, obsesses about Obama running for president in ’08; and Tish, who obsesses about everything from germs to success to failure to death to the wording of emails. Thanks to all of you! And thank you to my friend, Kevin Dolgin, and to the amazing Bruce Benderson for such a memorable interview. 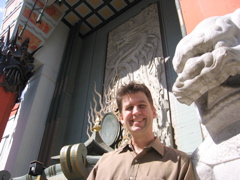 Mr. Henderson is in Hollywood today for the screening of his movie at Mann’s Chinese 6 Theaters. He’s up for Best Drama and Best Short Film. He left for the airport with Fragile Things, which has a cool little pastry paper-like cover. But if you do what Mr. Henderson does (i.e., take the book cover off), it’s kind of embarrassing and Barbie-looking with it’s big blue butterfly on a shiny white background. Luckily, Mr. Henderson never gets embarrassed.

He’ll be staying with his soul mate in Geekdom, an actor from Frasier, American Dreams, and Bones. And I warned him, if I feature this person on my blog, I’ll be scouring my photo albums for some doozies.

Have a great weekend, and stop back tomorrow for a conversation between two authors who never meant to have their books categorized as Chick-Lit.