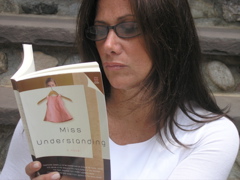 Lauren Baratz-Logsted: Your new book, MISS UNDERSTANDING, is a sequel to your first novel, SHE’S GOT ISSUES. Did you originally plan to write a sequel? If not, how did that come about?

Stephanie Lessing: Oddly enough, I wrote MISS UNDERSTANDING first, but I didn’t originally write it as a novel. I had written a series of essays called, “A Girl’s Guide To Girls.” Both novels evolved from those essays. The narrative voice of the essays was very much Zoe’s voice, but I felt she was too abrasive and wanted to try my hand at something a little less caustic, so along came Chloe, the main character of SHE’S GOT ISSUES.

LB-L: Tell us more about MISS UNDERSTANDING. In what ways is it different than SHE’S GOT ISSUES?

SL: I’d say SHE’S GOT ISSUES is a walk in the park and MISS UNDERSTANDING is more along the lines of, say, a kick in the shins.

LB-L: As authors, we dream of getting starred reviews from the big pre-pub trade magazines – Kirkus, etc – or at least not getting panned, but sometimes that doesn’t work out. Maybe the reviewer doesn’t share our vision, maybe the reviewer is having a bad day. Who knows why the universe suddenly tilts so far antagonistic to us? Such was the case when MISS UNDERSTANDING was eviscerated by Publishers Weekly. How do you as an author deal with something like that?

SL: I wrote a piece called, “The Unlovable Heroine” which got picked up by a number of literary websites including thewritersbuzz.com which explains what I believe is the reason writers write. Something to do with wanting to be loved at all costs, but also wanting the world to know what you know. Not everything I know about women and their relationships is pretty and in MISS UNDERSTANDING I called it as I saw it. Not everyone can handle getting kicked in the shins. Especially unsuspecting reviewers. When I read those reviews, I knew I’d kicked a live one. But that’s the risk we take. You can’t please everyone so you might as well have fun and write the stuff you feel like writing. 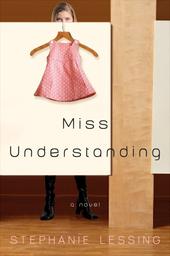 LB-L: I recently wrote a really bad poem called “Dear Reader/Reviewer” that opens with the lines:

I wish I could sit on your shoulder
and tell you what to think.
I’d tell you how wonderful I am;
you’d never tell me I stink.

If you could sit on the shoulders of readers and reviewers, how would you tell them to regard your work?

SL: My work is my own
but I’m willing to share it.
Read it if you dare;
but only if you can bare it.
I’d like to make you happy;
honestly I would.
But sometimes my thoughts
just aren’t what they should. . .be.

There, now you can feel much better about your poem, which I happen to think was very sweet.

LB-L: Your work is marketed as Chick-Lit. How do you feel about that designation? Do you embrace it, or do you want me to kneecap someone for you?

SL: I can’t deny the fact that Chick-Lit has sort of a derogatory connotation because the market sort of got carried away with itself for a while there. But I’m not really sure why very popular ideas are so often punished for being popular. It’s sort of like prom-queen bashing. If it looks good, and everyone likes it, and it’s not us, it must be bad.

As far as my books are concerned, SHE’S GOT ISSUES was intended to be somewhat of an affectionate satire. Chloe is so over- the- top “Girl,” she was supposed to be a caricature of the chick-lit prototype and yet she was taken at face value, so I guess I’m the only one who got the joke.

MISS UNDERSTANDING on the other hand is clearly satirical. And although I still think it falls into the category of Chick-Lit on many levels, Zoe, the main character in that novel, would choke me for admitting that. 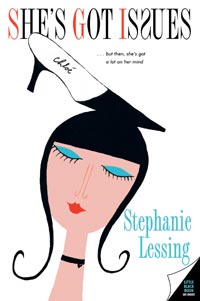 LB-L: How do you feel about Chick-Lit?

SL: I feel the same way about Chick-Lit as I do any other genre. If it’s good, I love it. If it’s bad, I don’t love it. The truth is even if someone was dead set against Chick-Lit, simply on principle, she’d have to have a heart of stone not to love Sophie Kinsella‘s Becky Bloomwood. The woman was a genius as far as I’m concerned. The problem with loving Chick-Lit too much is that it gets addicting and you have to sort of force yourself to read other things – or at least pretend you’re reading other things.

SL: I just finished the first chapter of my next novel. It’s a psychological thriller, a far cry from anything else I’ve ever written. I have no idea what possessed me to write such a thing. I nearly scared myself half to death. I outlined the whole thing while sitting up in bed with the flu. If worse comes to worse, and I ruffle up a reviewer or two, this time around I’ll just blame it on the fever. 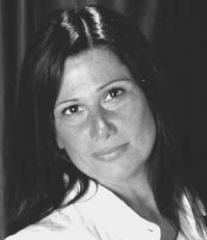 Prior to publishing her first novel, SHE’S GOT ISSUES, Stephanie Lessing designed promotional campaigns for Conde Nast publications, and often writes about her New York City experiences working at Vogue, Glamour, Self, Vanity Fair and Mademoiselle on her blog: www.stephanielessing.com. Stephanie lives in New Jersey with her husband and their two children. Her second novel, MISS UNDERSTANDING will be published in October 2006 (HarperCollins/Avon Trade). 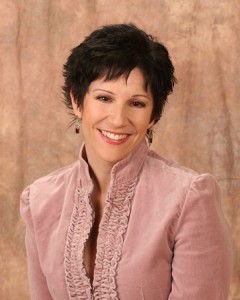 Lauren Baratz-Logsted, in addition to being the editor of THIS IS CHICK-LIT, has written four Chick-Lit novels: THE THIN PINK LINE, CROSSING THE LINE, A LITTLE CHANGE OF FACE, and HOW NANCY DREW SAVED MY LIFE. She is also the author of the literary suspense novel VERTIGO and the forthcoming serious Young Adult novel ANGEL’S CHOICE. You can read more about her work at www.laurenbaratzlogsted.com.