If you Google the name “Lemony Snicket,” you’ll quickly come across the story of why the author chose to use an alias. The story is this (according to Wikipedia):

Daniel Handler originally came up with “Lemony Snicket” as a pseudonym to use rather than placing his real name on the mailing lists of several right-wing organizations he was researching for one of his novels, The Basic Eight. It became something of an in-joke with his friends, who were known to order pizzas under the name. When he found himself writing a series of children’s books, he decided to use the Snicket name. 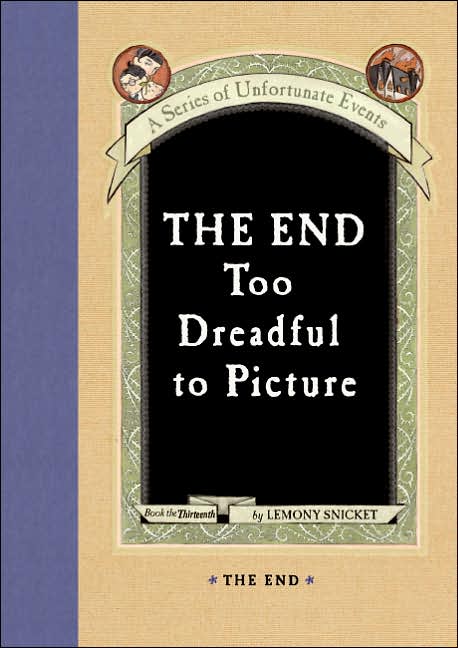 There will be no mention of aliases or other things to spoil Wednesday’s interview between Bach-Boy Henderson and Lemony Snicket. All content and links will be kid-friendly.

And this Friday the 13th, you can read THE END of A SERIES OF UNFORTUNATE EVENTS for yourself.