I have this belief that we are always every age we’ve ever been. We are who we are now, but we are also all the various forms we’ve taken in life – the shy one, the one who tackled the boys and kissed them, the one who didn’t comb her hair, the fibber, and so on. To uncover another layer of someone is a privilege and a great act of intimacy. I think this is why it’s such an honor to hear the stories of who you were in high school.

I’ve been trying to catch up on my email the past few days (if I owe you, be patient, I’m trying my best), and I noticed a trend. Just in this most recent batch, three different people have referred to me as “kid” or “kiddo.” This is a name I’m given quite a lot, and it reminds me how much I’m still the kid I was in high school. Approachable? Yes. That’s a good thing. But I think I’m comfortable to people in that kind of cute, kind of pesky, kid sister way. People like to punch me in the arm, talk to me with their hand cupping the top of my head, tell me about the other girls they like as if it’s not hurting my feelings. 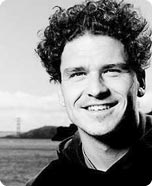 Here’s a quick story about a homecoming dance, and then I’ll move on from high school. My junior year, I had a huge crush on someone from my crew team. I can’t remember if he rowed lightweights or if he was their coxswain, but he was shy and geeky and had Dave Eggers-like hair and was the kind of nice boy you’d want to introduce to your grandparents. I waited and waited to see if he’d ask me to the dance, and I made myself prominent in embarrassing ways, just kind of always being around and available so I could look surprised when he finally asked me.

In the meantime, a boy from my AP English class asked me to the dance, and not wanting to hurt his feelings, I said yes. Now, he probably has his own sad story to tell, but for simplicity’s sake, he’ll be the villain in this story, the one who got in the way.

Every day at crew practice, I just wanted to be near the Eggers boy. My voice did weird things when I was around him, and I wanted to touch him so badly I was always on the verge of crying. So one day, just needing to be near him, I convinced him to ask a friend of mine to the dance. He said, “Her? Really? She likes me?” And I said, “Yes, and we can all go to the dance together, all four of us.” And on the night of the dance, he drove his mother’s van to my house, and we took pictures together in the living room, and then I sat in the back seat with the wrong boy, listening to the one I liked talk to my friend so nice and shy. And that was almost enough, just to be near him and not having him.

So that’s my high school profile as I remember it: the kid sister, the shoulder to lean on, the door opener, the one who can introduce you to the pretty girls and then step aside. 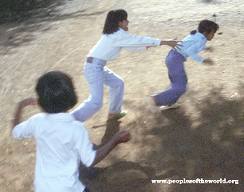 I’ll get to your comments this week, but first, this is from Carolyn – it’s one of those games where you have to tag 5 others. So if any of you want to consider yourselves tagged, just post a link to your blog in the comments section so folks can find your answers.

Okay, here is the question: What are 5 things about yourself that are not commonly known?

1. My first crush was on Richard Nixon, the day he announced his resignation. I think I was 5, and I had no idea who he was but loved him because he looked ashamed and defiant and I found those to be mesmerizing characteristics. I think most characters I write about have that quality – beaten down but not ready to lie on their backs and say it’s over.

2. When I was a sexual abuse counselor, a very famous person was doing a movie in town, and 3 different women on the movie set (each one came to me separately) claimed he’d raped them. None wanted to press charges so it’s my secret to keep.

3. One game I loved as a child was to sit on my open windowsill, close my eyes and tip back and forth to see if I’d fall out.

5. I’m going to finish revising my novel this month, and it’s going to be very very good. I’ve been reading it out loud as I go, and it kind of takes my breath away. 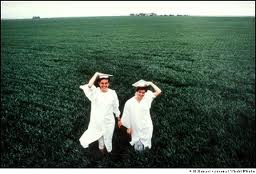 Thanks to those of you who answered my Question of the Week: Betsy, who was unblossomed and uncool but had cool friends; Aimee who was a majorette and Skipper to her friend Barbie; Robin, who ironed her hair and heard shouts of “John and Yoko!” as she walked to school stoned; Kathy, who worked in the school library; Aurelio, who was stick-thin and worked at the concession stand during football games; Amy, the drama geek, who loved the spotlight; Lance, who had torrid flings with grownups; Carolyn, the surfer-chick art student, who was not part of any clique; Gail, who hitchhiked to the beach during school; Robert, the drama geek, who was determined to get a scholarship to the best college; Keith, who refused to read any assigned books because he didn’t like being told what to do; Grant, who never went to a dance or a game and whose name was misspelled in the yearbook; Mary, whose teenage girls now look through her old yearbooks; Amy, who wore all black and listened to The Smiths; Sarah, who was fixated with death and scribbled poetry into a spiral notebook; Terry, who needs to send me a photo of his days as the breakdancing white boy; Julie, who wrote poetry in the life guard stands; Lori, the French-speaking cheerleader who ran track; Tish, the skinny girl with weird boots who partied with strangers on Errol Flynn’s burned-out estate; Joe, who could fit into any group but was close to no one; Ellen, who would to skip school to go into The City so she could visit art museums and see Monty Python, Woody Allen, Charlie Chaplin and The Marx Brothers; Juliet, who tried on such looks as gum-snapping tart, preppy, drama geek and beatnik; Lauren, who has known the highs and lows of popularity; Teresa, who freed the lab animals before Biology class and smoked with the Spanish Cobras; Mikel K, who was even skinnier than Aurelio; Kasper, whose school nurse wanted to put him on a milk diet because he was even skinnier than Mikel K; and J, who was and is tall, skinny, and kind of geekish. What great stories – thank you! And thank you to the lovely and fascinating Marcy Dermansky, who allowed me to post all of those great high school photos!

Tomorrow: Mark Hughes is here to tell us about a writer’s service called Writer’s Relief. If you know anything about the service, good or bad, I hope you’ll chime in with your opinions.