Before I get to the question of the week, I want to show you Lance’s brilliant new digs.

Okay, here’s your question: For all of you writers, artists, photographers, and people captured by a certain place on the map, would you tell me about the setting that keeps cropping up in your work?

Wednesday, you’ll meet Jim Tomlinson, whose book THINGS KEPT, THINGS LEFT BEHIND features stories set in Kentucky and characters who find themselves at crossroads in their lives – noticing, for example, that a relationship is over, that it’s time to say goodbye to the past, or that they are not living the lives they’ve dreamed for themselves. 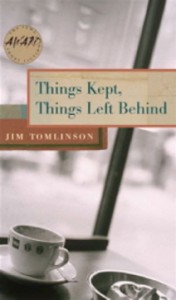 This is from the back cover: Jim Tomlinson’s characters each face the desire to reclaim dreams left behind, along with something of the dreamer that was also lost.

But here’s what matters more:

Jim Tomlinson is one of those rare writers who is as interested in other people’s projects and success as he is in his own. He reads his friends’ books and blogs and rough drafts. He encourages them when they want to give up. And he shares his rejection letters with humility and humor.

So, Wednesday, when you hear him talk about his book, remember he’s that kind of a writer. 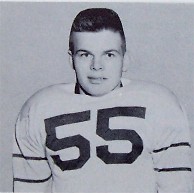 He’s a hiker, a reader, a shameless eavesdropper. He once played center and linebacker on a high school football team that won every game for four years, thirty-three consecutive games. (And he did it wearing the same jersey number as my Joey Porter!) He leaps Lego buildings in a single bound (given a running start), deciphers most notes scribbled to himself, sings show tunes in the shower, collects vintage vinyl LPs, clutter and dust!

Stop by Wednesday to meet Jim and say hello.