For those of you lucky enough to have published a book, tell me about going on tour. Did it live up to your expectations?

And for those of you who simply attend readings and book signings, tell me why you go and what expectations you bring with you.

Wednesday, stop by and meet three authors – Sarah Hall, Emily Maguire and Heather O’Neill – touring together as the Harper Perennial Lit-Chick Invasion. I’ll leave you with a taste of each of their books because they’re good: 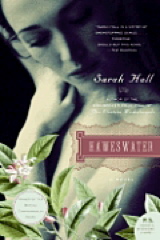 One morning she watches her father kill a lame cow. It is still upright in the field, but one hind hoof is rotten. It will not move and cannot be saved, must be destroyed before it destroys the herd, her father says. It sways and lets out an occasional quiet bellow. The decision is made quickly and, without remorse, her father leaves for Whelter Farm to get some cartridges and the gun. For a time she is left alone with the animal. During the wait she prays that the cow will somehow recover and move from the middle of the field where it is stuck. Even two rotten steps to the left might mean it could be saved, so that she could take her father by his cuff and say, See, see, it is still capable. Salvation. Her mother would say the word, the place, is reserved for humans, for they alone can be redeemed through God. Not the animals who have not been blessed under His Mercy. What, then, of this beast without choice or hope of mercy? Only a bullet in the brain to stop its energy and the eventual spread of its bones across the soil. And the land will borrow back that which was lent, as always. She tries not to notice the creature’s gentle, living eyes, but keeps a blind company for it in these last minutes. She can see her father coming back down the lane, shotgun cracked open over his arm. He is inserting cartridge cases, looking down. And at the back of her mind she knows better than to hope for the impossible. She knows she won’t beg her father not to shoot it. He would not mind her pleas, but certainly he would tell her to leave because of them. As her position as guardian it is vital that she stays, a witness to the events entire. And she does not want to disappoint him, he has no son. She wonders if she will cover her ears when he raises the gun. Her father’s boots on the gravel track are louder, and she thinks, thinks hard about the motionless cow, and salvation falling away, perhaps never existing at all.
– Sarah Hall, Haweswater, winner of The British Commonwealth Award 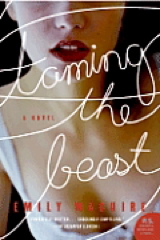 Sometimes he was so much the English teacher that it drove her crazy. While he was locking the change room door, she let slip that she had finished Madame Bovary last night, and now he wanted to waste precious alone time talking about it.

‘We can talk after.’

Sarah shrugged her school bag off her shoulders. ‘The weekends are so long. By Monday afternoon I’m just so-‘

She felt herself blush. It was the sort of word the girls who shared smokes in the toilet block used to describe the boys they drove around with on Saturday nights. Sarah did not think it was the proper word for what she felt.

‘So hurry up and sit down.’ He pointed to the stainless steel bench that ran through the centre of the room. ‘Talk to me.’ He sat himself at her feet, looking up at her. ‘I want to know what you thought of Emma Bovary.’

Sarah sighed. ‘I don’t know. I sort of hated her, especially how she treated her kid, but I felt sorry for her, too.’

‘Well, because she was searching for something amazing, for ecstasy. But her husband’s such a plodder, so she falls for the first guy who offers her a bit of excitement and he turns out to be a pig and then the next guy is this awful coward and it just seems the more she searches, the worse things get for her.’

‘And this makes her deserving of our sympathy?’

‘I just think it’s sad she never found what she was looking for.’

‘Do you think what she was looking for even exists?’

Sarah nudged him with her shoe. ‘Yes.’

He took hold of her foot. ‘And what makes you think you’re not as deluded as poor Emma?’

Mr. Carr frowned up at her. ‘Ah, Sarah,’ he said, and started to untie her shoelace.

‘You didn’t say if you missed me on the weekend.’
– Emily Maguire, Taming the Beast 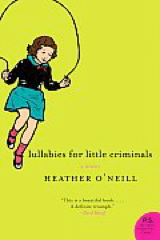 We looked at each other and a peculiar feeling of excitement came over us. We just started wrecking everything we could think of. There was a statue of a ballerina that I threw against the wall. All its limbs broke off at once, poor fragile thing. We knocked everything on the floor. Theo ripped the shower curtain off the hook. He took a marker and scribbled on the wall, “You are a bitch and you are going to hell. I am going to kill you all.” He took his machete and started stabbing the couch cushions. Theo handed it to me and I cut through some paintings on the wall. We knocked their stereo system over. We did a whole bunch of other things that I can’t really remember.

I dumped a potted plant in the sink. I rescued a little flower from one of its stems and stuck it behind my ear. At this point we’d lost all sense of reality. It was like being in a dream. What made everything feel so strange was how easy it had been to break into someone’s house and wreck their things.

Violence never gives you a specific feeling that it’s time to knock it off. That’s because it is impossible to satisfy. All your actions are like shoveling mud into a hole with no bottom.
– Heather O’Neill, Lullabies for Little Criminals

P.S. In case you missed it, the lovely Jim Tomlinson was reviewed in The New York Times on Thanksgiving day:
http://www.nytimes.com/2006/11/23/books/23wals.html?_r=1&oref=login