I’m going to tell you a story about the only reading I ever organized, and I think it illustrates both the absurdity and the awesomeness of bringing writers out from behind their keyboards and up to the microphone. 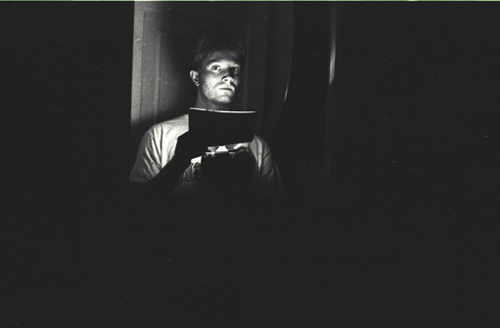 When I was the managing editor of a certain literary magazine, my colleague and I came up with the so-crazy-it-worked idea of funding the magazine by featuring a town on the cover of each issue. That town would get the cover photo, 10 pages inside to show off the unique qualities of their town, and a reading featuring the magazines’ award-winning authors. The cost to them: $10,000. The idea worked so well, The New York Times gave us a half-page article about it, but I’ll talk about that later. 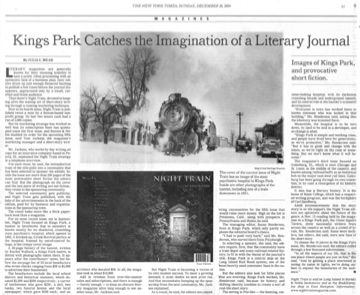 I had never planned a reading before, but I had planned a wedding, so I went with the same principles: the guests must have fun, the attendants must be pampered, and wherever we throw this event must have booze and must be filled to capacity. I picked a small tavern in the town, rented an entire b&b for the authors, talked the bartender into serving free food, counted on the only extrovert on staff to m.c. the evening, got some open-mic friends to handle the acoustics, and talked to a band about performing after the reading.

The reading was booked for the week following the Bush v. Gore presidential election, and many of the readers – along with their appearance in this certain literary magazine – were also a part of the book, THE FUTURE DICTIONARY OF AMERICA, which had just been published that summer in an effort to turn the election in Al Gore’s favor. This will all become important later. 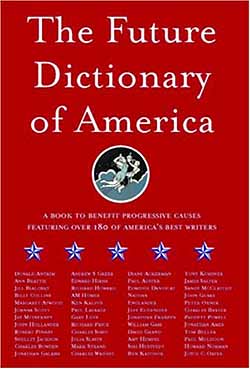 The night of the reading, there were over a hundred people who came to this small tavern in this small town, and the bartender who was also the owner talked to me about the possibility of turning people away at the door because of the fire code. We forged ahead. Luckily, we had changed bands at the last minute to keep the band groupies from showing up and overpopulating the tavern.

Among the readers, we had one who arrived only minutes beforehand and one who lost his piece on the train and was feverishly rewriting it from memory. These things happen. My voice shook during my reading. That happens, too. And then there was the X factor, things behind the scenes that we weren’t aware of but became aware of as the evening went on. One very interesting X factor was this: the alcoholics who normally attended this particular tavern were there, but they had been asked not to smoke that evening. Another X factor was that we were in Republican territory. Who knew? 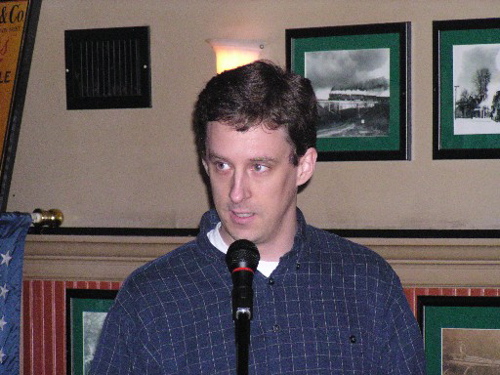 When the editor of McSweeney’s walked toward the mic to do his piece, something about the local crowd had turned. Maybe it was because they’d not been able to smoke for so long. And the editor leaned over to me and said, “Do you really think I ought to read this piece? Here?” And foolishly, I said, “I’ve got your back.”

Now, the memory of the alcoholics heckling this reader with shouts of “Fallujah!” (seriously) is kind of funny. Another editor, who didn’t read but sat up at the bar, told me later how he worried there was going to be a brawl. But in the end, one introvert after another took the mic and read to a room filled not only with Republican alcoholic smokers who couldn’t smoke but also with other introverted writers and editors who share a passion. And then the band played.

Back at the b&b, one author cooked for the writers, and everyone stayed up telling stories and bad jokes and becoming friends in ways that couldn’t be undone. 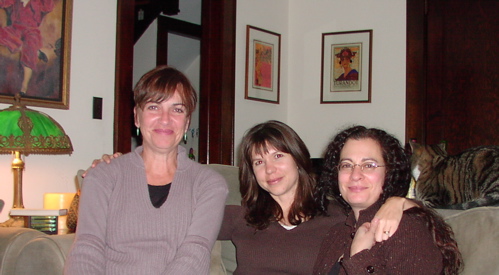 And that’s what I try to remember as I do readings now – and later, if I ever go on book tour: the reading is not about you or the passage you choose to read or whether your voice shakes or even who is in the crowd on a particular night. It’s about this community of creative introverts who – when they are together with other like-minded introverts and the anxiety of being at the microphone has come and gone – become extroverts with their storytelling that goes on into the night until the alcohol wears off and the fatigue sets in.

When the magazine staff got back together to talk about the reading, one of our big disappointments was that we thought The New York Times would be there to cover the event. We were hoping for a mention. We didn’t know at the time that we’d get the half-page coverage a month later and that their interest would not be in the writers or in the quality of the magazine but in the funding and marketing. The article, though huge and positive, was eclipsed by a tsunami that killed tens of thousands of people. Life is like that. It flies in the face of our expectations and that’s probably the very reason we write.

Thanks to those of you who answered the Question of the Week: C.Dawn McCallum, who thinks book tours are a great way to travel and visit new bookstores, though her tour for her juvenile fiction book, THE CARETAKER OF TREE PALACE, has made it clear that a lot of people just drop their kids off like it’s day care; Juliet, who just started her tour for IN SPITE OF ALL THE DAMAGE and believes in starting small (local bookstores, radio stations, newspapers, libraries), and moving out from there; Gail Siegel, who toured with her anthologies, LOST ON PURPOSE and FRESH WATER, and prefers the readings where they have to find extra chairs for the audience members over the readings with a room full of chairs but not enough people to sit in them (Gail, did you see Amy made the NY Times Best 10 Books of ’06 list? And Danielle, too. Wheee!); Julie Ann Shapiro, who has not gone on tour with her newly published digital book, but loves finding how human published authors can be; Lance Reynald, who tells a story of Chuck Palahniuk’s interactive readings with props and prizes (reminds me of my high school rival, Jim Ruland!); Aimee, who tells adorable stories about being star struck at Jonathan Lethem and Gloria Steinem signings (Aimee, if you want me to link you, just let me know); Carolyn Burns Bass, who attends readings to hear how authors emphasize certain words and give life to their own characters; my O. Henry-winning webmaster, Terry Bain, who loves everything about being on tour except being away from his family – and if you’ve never heard t read, now you can by going here http://kpbx.org/ and then looking on “the bookshelf”; Mikel K Poet, who will take his book on tour when he’s good and ready; Robin Slick, who will appear at the Epicon conference with her book, ANOTHER BITE OF THE APPLE, and loves attending readings but knows many writers are discouraged from going on tour because they’re not moneymakers; Jim Tomlinson, who would like to read at KGB and The Back Room in NYC (write me because I have connections at both) and recently read with a jazz band behind him, but in general, would rather stay off the road; Amy, who will one day be touring with her book about a teacher-student affair; and Alexander Chee, who has toured at all the spots writers dream of and reminds us “It’s not really about you as the person at all, or what you want, and so you have to let go of wanting cheering throngs at every single reading. It just matters that you got there and you passed through town” – plus, all it takes is that one heartfelt compliment to make it worthwhile.

And thank you to the Harper Perennial Lit Chicks (Sarah Hall, Heather O’Neill, and Emily Maguire), for writing such amazing novels and for sharing stories from the book tour!

Tomorrow, stop by to meet one of the very few writers to hear me speak my elementary Chinese! Hint: He’s not one of the three I linked; he’s the other one.