Patry Francis is a mother, a wife, a blogger. She is also the author of THE LIAR’S DIARY, due in bookstores this February. Her book has already received incredible praise from authors Tess Gerritsen and Jacquelyn Mitchard. And talk about a killer premise:

What would you do if your best friend was murdered – and your teenaged son was accused of the crime? How far would you go to protect him? How many lies would you tell? Would you dare to admit the darkest truths – even to yourself?

How does Patry balance it all? (And does she?) I asked her.

Since blogging and writing are things you do from home, how do you know when the work day ends?

When I first started writing, work meant only what Orhan Pamuk described in his recent Nobel Lecture. It meant you went into a room alone and spent long moments, hours, and years, trying to mine what you believed you had inside you. Frequently something no one believed in or cared about but you. It meant staring down your own self-doubt and weakness and fear every single day. It meant going 300 pages deep into a novel only to discover that 280 of them had taken you nowhere but the wrong direction–and then walking the hard road backward. And beginning again. It was the kind of work no one would undertake if they weren’t under the influence of some crazy compulsion.

Of course, it still means those things – and if a writer forgets that, she may find herself holding the world’s largest megaphone with absolutely nothing to say. But now writing also means blogging – which for me is pure play. It means networking, answering emails, promoting, being on fire with new ideas every single day.

So there’s the hard, lonely work of writing which ends when I meet my daily goal – usually three or four pages of new writing or a couple hours of revision. It doesn’t sound like much; but it takes pretty much the whole day. Some of my most important work is done when I’m lying in bed in the morning thinking, or hanging clothes on the line, or walking my dogs. 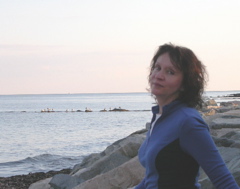 Some of it is done when I’m sleeping or despairing that I’ll never get it right or fixing another cup of tea and chastising myself for my laziness. But all the while, I’m navigating my way to the heart of the story.

Then there’s the play-work which doesn’t really end. I take “real life” breaks from it, but it’s still there. My computer is like a pot on the stove; something’s always simmering, and I’m always aware of it.

Do you have trouble clearing your head of characters and story ideas?

Once a genuine character arrives, they’re not going anywhere till they’re done with you. My characters become so real to me that sometimes I see them turning the corner when I walk down the street. I love them, get angry with of them, cut them out of the will, and never stop missing them when they’re gone. The only way my family can live with me when a character or several of them take over my life is to read the work and get acquainted with this particular band of hungry ghosts.

Trouble concentrating on work when the family is buzzing around you?

I do my best, most intense work when I have the house to myself, when I can pace up and down and talk to myself and then set down to do my daily pages without interruption. But I’m trying – and somewhat succeeding – to train myself to write in the midst of life. I’ve always been inspired by a story about Charles Dickens writing while simultaneoulsy entertaining guests, looking up to join the conversation then going back to his manuscript and writing a few lines. 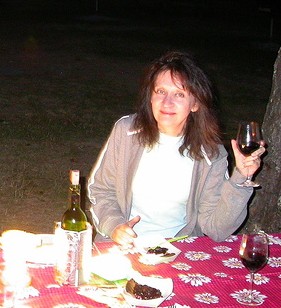 I think we writers can get too precious and mystical about the conditions under which we work – only in a certain room at a precise temperature, at an exact hour of the day. Lately, I’ve challenged myself to produce even when my son’s playing his electric guitar, my daughter has three friends laughing in the next room, the phone’s ringing, and the dog’s begging for a walk. And surprisingly, I can often find a page or two right there in the midst of the noise and distraction. 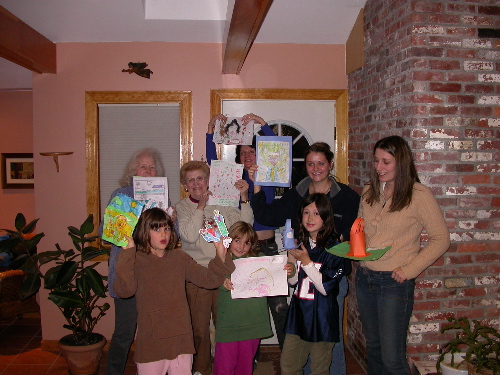 Talk to me about guilt, about how the need to write and your love for your family bump into each other.

For most of my family life, I worked as a waitress four or five nights a week; and then I had to squeeze both writing and family time, and life into the hours that remained. I was often tired – and no matter what I did, I felt I was neglecting something else. Guilt was my own private rubber room; I bumped into it constantly.

Now that writing is my job, it’s much easier. When someone complains that I’m not paying enough attention to them or that we’re having leftovers for dinner again, I remind them that a year ago I wasn’t even home. (And then of course, I stop and pay attention.)

Tell me what you’ve learned about creating a balance between work and family, and what you still need to learn.

Part of raising unselfish, empathetic human beings is to teach them to respect their parents’ work and their passion. It took me a long time, but I do demand that respect now – for their sake as well as for mine.

That, however doesn’t mean that family, real human beings, don’t take precedence over a bunch of demanding fictional characters. They always have, which may be why it’s taken me so long to get a first novel out there. There’s a wicker chair that sits beside my computer, and at least once a day someone shambles in while I’m working, plunks themselves down, and starts talking–about boyfriends, school, music, whatever’s on their mind. And no matter how engrossed I am in a scene, I put the computer on sleep and listen. 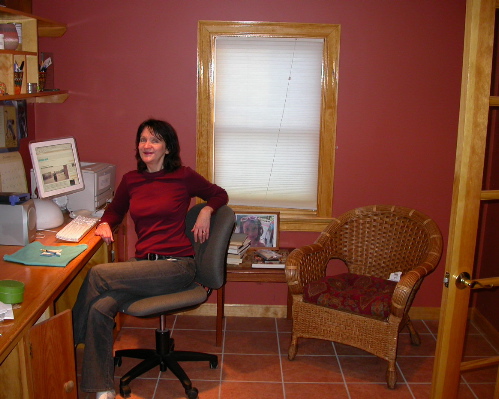 With any luck, my characters will keep following me around, challenging me to unravel their stories for years to come, but my children are young adults now; they won’t be slipping into the wicker chair for much longer. I’ve learned to savor the time.

What I still need to learn: In February, I will be coming out of my happy little writer’s cave, and spending a lot of time away from home as I promote the book. Since I’ve never traveled without my family before, that will begin a whole new balancing act. Yikes!

Anyone have any advice?

Patry Francis has published stories and poems in The Ontario Review, Tampa Review, Antioch Review, Colorado Review, The American Poetry Review, Massachusetts Review, and elsewhere. She is a three time nominee for the Pushcart Prize and has been the recipient of a grant from the Massachusetts Cultural Council twice. Her novel, THE LIAR’S DIARY will be released from Dutton and Brilliance Audio in February, 2007. She has four children. And you can, and should, visit her fabulous blog, Simply Wait, as often as you can. All of you MySpace addicts can “friend” her right here.