The question comes from Susan Henderson, of LitPark and beyond fame: How does a writer balance writing time with family/relationships? And particularly, how does a writer justify spending so much attention on a project that brings in no money and in fact may never sell at all?

“My child arrived just the other day
He came to the world in the usual way
But there were planes to catch and bills to pay
He learned to walk while I was away.”
–Harry Chapin 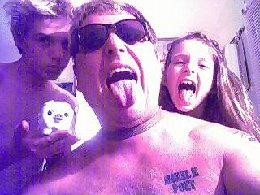 I could never justify blowing off making a peanut butter and jelly sandwich for my daughter to write a poem or work on a book. That means that there is not all that much writing done in the afternoons, after school, which is when my daughter is mostly with me. You have to pick your times, in my opinion, when you have kids, to follow your passion. The kids come first. I’ve lived my life by the Harry Chapin song, “Cat’s In The Cradle.” This means that I’d rather be a struggling writer living day in day out with my kids in a small apartment than be a famous writer living in a big house in a big city who never sees his kids. 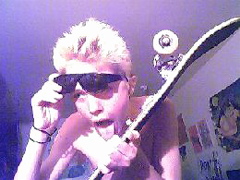 I write in the morning: it’s mostly quiet then. My dog understands that he is to leave me alone. The cat never much bothers with me anyway. The kids are in school. This is my time. I make the coffee. I swallow the pills. I drink as much water as I can stand and I sit down to the laptop. Also, I carry a notebook and a pen whereever I go. I have written some nice poetry and started and finished a chapter or two in the bleachers at Little League games, when my son was playing, and on the deck at the horse stables where my daughter rides.

I cranked out a poem at my oldest boy’s high school graduation. I have written poems at the bowling alley and the car wash. The notebook and pen are a great tool for this writer. It is my “job” to have them with me, wherever I go. I never know when that poem will hit, when that event will occur that will become part of one of the books that I am working on. I don’t write fiction, but I do embellish. My kids are normal kids, but when you read what I write about them, you would think that no one ever had such wonderful kids.(Hmmmm, and maybe they haven’t!!) 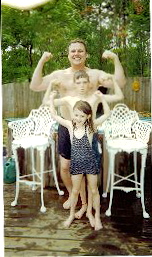 It helps in balancing time between writing and raising kids if one of your primary subjects is your kids; which is true in my case. I don’t have to shut my children in their bedrooms, or me in mine, if I am looking at the kids for stories to tell, though it was never really a conscious thing to write these “family values” stories that I have written. The process just occurred as life was occurring, as we went from diapers to Little League to Jr. High and High School.

I decided a long time ago that I would be either poor or rich and that decision was based on the fact that I had finally come to choose to be what I had always wanted to be: a writer. I would be miserable being a wealthy doctor. I would be depressed being a rich lawyer. I’d be very unhappy being a well off accountant. I don’t want to sell cars. I don’t want to sell vacum cleaners, houses or life insurance. I want to write. The odds of my having a best selling book are probably about the same as the odds of me having a number one record. (I dabble at that too. See www.myspace.com/mikelkband for a sample.) It is not the money that motivates me to write. It is something deep inside that wants to come out. I get high writing; and I don t wind up in drunk tanks or mental institutions for it. 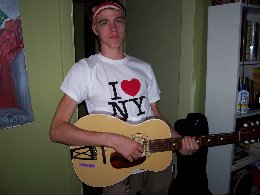 There is nothing wrong with money. (Oh Gosh, we could get into such a deep deep philosophical debate here.) And there is nothing greater, in my opinion, than paying your rent with a book you wrote or some songs that you sang. I find such notions and ventures purer than selling winnebegos.

So, if my primary focus is my kids(and my dog and cat) and I don’t neglect them to write the next big poem or the all Amerikan memoir, I figure that I’m cool. My kids don t ride in limos. We don t have a private jet. There isn’t even a swimming pool at the apartment complex that we live in, but my kids are living health, happy normal lives, with their Dad eeking out a living doing this doing that, doing whatever allows him to feed his kids AND to write. 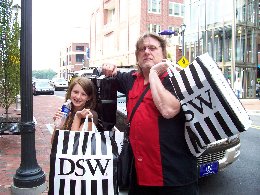 What’s wrong with that?

ps I have a decent mechanism by which I know that I may have spent too much time in the mornings at the laptop. My dog, Morisson, will come and stick his nose between my wrist and the computer mouse, pulling my hand off the mouse. I guess that it is his way of telling me that that is enough Mikel that is enough writing for today, come take me for a walk. 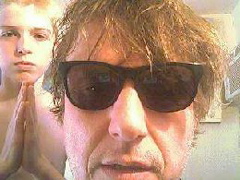 Mikel K is a father, a writer and a poet. You can read a nice portion of his book, “The Delivery Guy,” at www.185cool.com/mikelkpoet under “word of…” You can read him daily at “The Daily K,” at the same website
and at his blog at www.myspace.com/mikelkpoet. Mr. K has to go now and feed the dog.