I love hearing artists talk about their work and the business, but not being a visual artist myself, I don’t know the questions to get at the answers I want to hear. So today, I enlisted help from my friend, Brian McEntee, who will conduct the interview. If I were to write Brian’s bio, I’d say: He’s a big-hearted rascal. He makes me laugh – at least every week. And he gives me the confidence to stay in this game when sometimes it feels too demoralizing. But before I turn things over to Brian, I thought maybe I should run a proper, Animation Production Designer bio for him, so here it is: 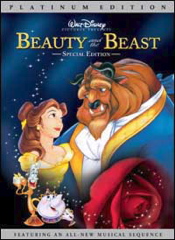 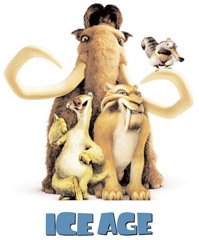 An alumnus of California Institute of the Arts in Valencia, CA, Brian P. McEntee earned his first Art Direction credit on THE BRAVE LITTLE TOASTER (1987 BLT Ventures), now considered an adopted Disney classic. He went on to Art Direct BEAUTY AND THE BEAST (1991 Disney ”“ the only animated film ever nominated for an Academy Award for Best Picture), and CATS DON’T DANCE (1997 Turner Feature Animation and 1998 Annie Award winner for Best Picture). He joined 20th Century Fox’s Blue Sky Studios in 1999 as Production Designer for their first feature film, ICE AGE. He currently resides in California where he is pursuing a new career under an assumed name.

I met Enrico Casarosa when we worked together on 20th Century FOX’s animated feature film, Ice Age. As a storyboard artist, Enrico helped to shape that story and others for a decade. He currently works for Pixar. Enrico is also the founder of the worldwide, artistic phenomenon, sketching marathon events called SketchCrawl.

Ronnie Del Carmen I know by reputation only, but what a reputation! He currently works at Pixar too, and has contributed to the animation industry in many capacities: story artist, story supervisor, character designer, illustrator, and in that catchall category, development artist. Ronnie also has had his hand in the comics industry, and worked for DC Comics, Dark Horse, and others, and has his own comic book series, Paper Biscuit.

Ronnie and Enrico at ComicCon ’04 (photo courtesy of www.angstorm.com)

These two brilliant gentlemen have been collaborating for some time now, and I had the pleasure to chat with them about a couple of their latest international group efforts, the gallery show, Three Trees & Three Flowers and the art book, Three Trees Make a Forest.

Brian: Ronnie, how did you and Enrico first meet?

Ronnie: We met face to face when Enrico showed up for his interview at Pixar for a story position, but let’s step back to about a year earlier when I “met” Enrico online. He emailed me and asked me to contribute to a pin-up gallery he has on the back of his book, The Adventures of Mia. He was storyboarding at Blue Sky on Ice Age and I was at Pixar as a Story Supervisor on Finding Nemo. We both loved comics and I was about to start making my own. I talked to my friend Jim Capobianco who was Story Supervisor on Ratatouille and he needed story artists. Enrico fit the bill since he was Italian and had that feel that would be great on a movie set in Europe. That and also he was an excellent artist and storyteller. He was hired. And the rest is history.

Brian: You two then did a gallery show together with Tadahiro Uesugi called “Three Trees Make a Forest” at the Nucleus Gallery in LA about a year or so ago. How did you first meet up with Tadahiro and how did idea of creating a show together all come about? 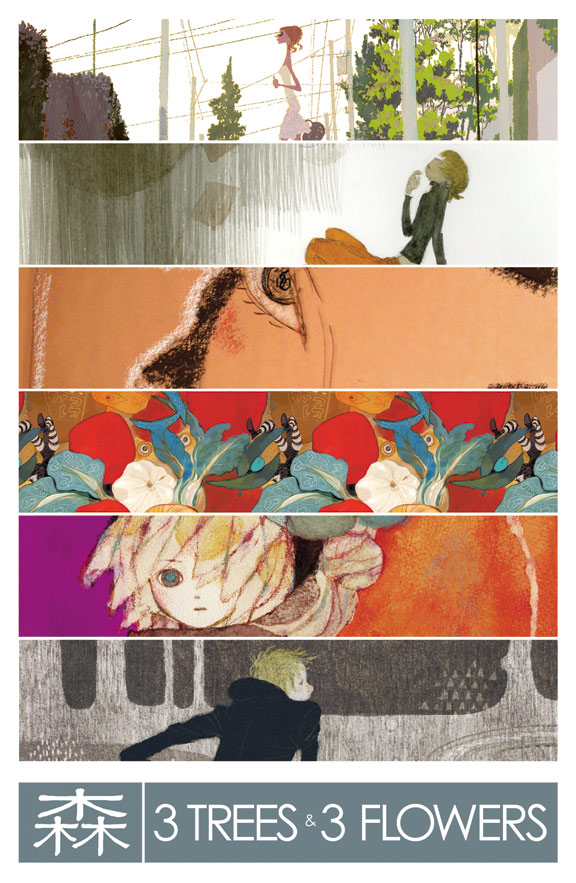 Ronnie: Enrico tells this story better, but here’s my take at it: I encountered Tadahiro Uesugi’s art online and was blown away. I raved about this man’s work incessantly and, of course, showed it to Enrico. From there, Enrico, who was studying Japanese and can speak it already, emailed him and, on one of Enrico’s visits to Japan, met with him. The next time I went to Japan with Enrico, and we spent time with Tadahiro Uesugi and Kuro, his wife. He is such a great guy and they were both so generous (and Kuro is an excellent cook).

From there I’m hazy about how we got into a show together, though if my hazy memory serves, it was borne out of just plain musing. Ben Zhu was involved in this musing; that matters because Ben Zhu owns the Nucleus Gallery, which holds this type of art show. The question of whether Tadahiro would want to be in a show with Enrico and me was posed at some point, and one day we got wind that he said “yes.”

Then panic set in. How in blazes were we going to be able to create work that would be able to, in all honesty, share the same gallery with Tadahiro Uesugi? We couldn’t even begin to imagine it…I remember that Enrico and I shared many a nervous utterances of “What were we thinking?”…We, of course, knew by then that Tadahiro’s fans were legion. We’d be assassinated on sight if word got out that we held up the chance for an exhibition of Tadahiro’s work in the U.S. Artists can be a violent lot. All insecurities aside and properly managed, the show went on. We were proud to be in show with a modern Illustration master; we learned a lot about our own work with that exhibit. 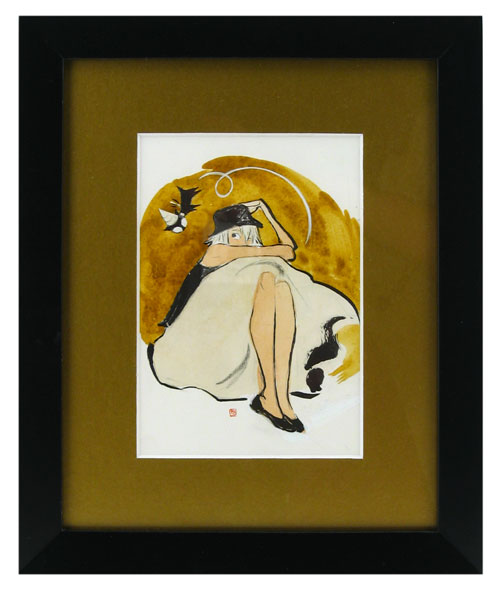 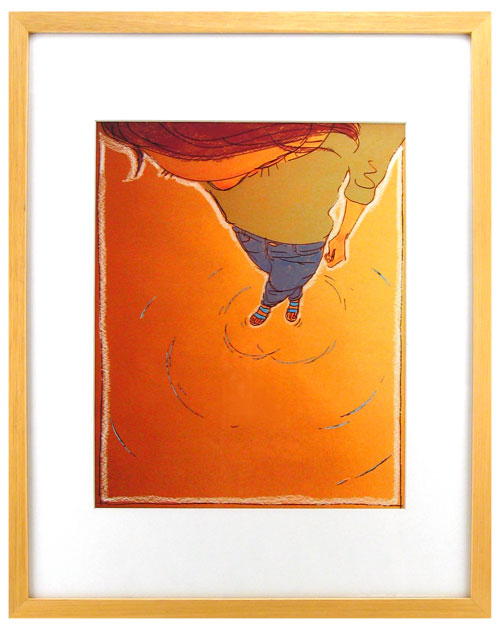 Brian: Enrico, you guys have a book out now called Three Trees Make a Forest. Is that directly related to the show?

Enrico: Yes, it is. We talked about the idea of having all the pieces of the art show compiled into a nice art book even before the exhibition itself. At first we were thinking of self-publishing it, since Ronnie and I had been publishing books and comics on our own for a few years already, but then we started talking to David Lopes, editor at Gingko Press, and he showed real interest in the book. The idea of having a good small publisher backing us by making and distributing the book immediately got us excited. Furthermore, we knew of and liked a couple of Gingko’s art books we’d seen; they were well designed and printed beautifully. We thought it’d be a great fit for us. So, a year after the exhibit, here we are with our book finally in print! 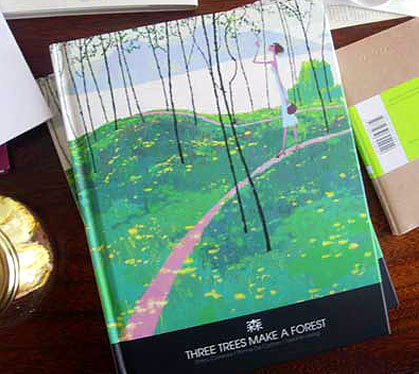 Brian: So, tell me about the addition of Wakako Katayama, Yoko Tanji, and Icco Sasai to the creative mix, and how second show at Nucleus, “Three Trees & Three Flowers” happened? 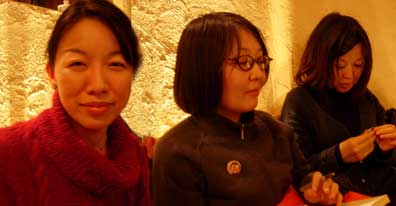 Ronnie: We met the ladies on that second visit I mentioned earlier, the one when Enrico and I traveled to Japan together to meet Tadahiro. Yoko Tanji met us at the SketchCrawl there; she was the first of the ladies we met. Tadahiro then mentioned Miss Icco and Wakako would join us for dinner later that night. We went to a restaurant and met the two other ladies there. Tadahiro chimed in happily, as he gestured to the ladies now sitting next to each other, “The big three.” 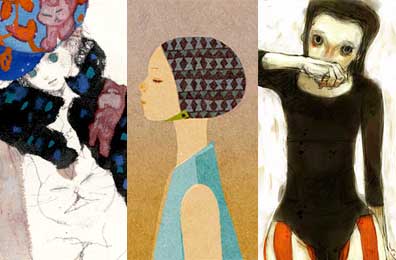 These ladies form, as Tadahiro explained, the forefront of female Japanese commercial illustration. We were so honored to meet them! I had a great time, in spite of my lack of knowing any Japanese. Wakako and I tried at conversation that evening to everyone’s delight (Tadahiro was laughing so hard he had tears).

Well, after the Three Trees gallery show was such a success, Enrico and I mused on whether it was a good idea to bring these three ladies over for a second, bigger group show. We knew it would be very difficult to manage but it couldn’t hurt to explore the idea with Ben. (This is how my faulty memory recalls it…I hope it’s close to how Enrico remembers it.)

Happily, they all agreed to do the show, and it was a big success!

Brian: Will there be a “Three Trees & Three Flowers” book in the future?

Enrico: There very well may be … we are gonna talk about it after the first book takes its first lap around the track. : )

Brian: What advice would you give to other artists and graphic novelists out there who want to get their work into print for the first time?

Enrico: Well, Ronnie and I have been making art books and comic books for the past five years, so my advice is just start self-publishing some work on your own. It’s satisfying, a huge learning experience and it gets your work out there.

Brian: What advice would you give publishers?

Brian: I noticed that Tadahiro has done dozens of book covers in Japan, and that graphic art on book covers is quite widely used there. It seems the US market rarely uses graphics for our book covers, usually opting for photographs or odd looking, overly airbrushed photorealism. Can you comment on that, and what would you say to encourage publishers to rethink these choices and opt for a graphic approach instead? 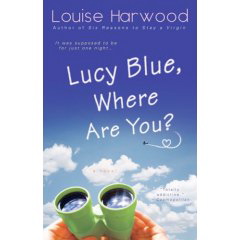 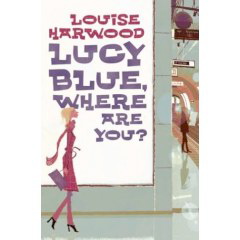 Enrico: Yes, editorial design and illustration in Japan sure seems to be in much healthier state than over here in the U.S. There’s a very different approach to graphics of any kind in general there. Japanese designers use simple images to their advantage, conveying ideas and moods quickly and effectively. A cartoony cat crying out as he gets his tail jammed in the closing doors of a subway car in Tokyo presents a very universal and clear message. Most other countries would have a sign spelling it out in words or a ugly “bathroom stall-like” icon of a man getting caught in the doors. But, which one would you rather look at? Which one would be the clearest to you and your kids? A no-brainer right? 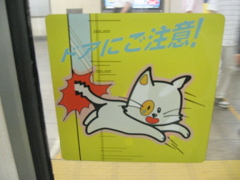 So we can certainly learn something from a culture of images. They really do tell a thousand words and with many added layers of mood and feeling with simple drawings. So when you’re talking about the cover of a book it seems clear to me how important this kind of quick and layered communication can be.

Brian: Would you guys be open to creating cover art for novels, if asked?

Enrico: Certainly! And I am sure Ronnie feels the same.

Brian: You heard it first here at LitPark! All you writers and publishers should consider going graphic for your next cover art, and these fellows are ready, willing, and able! Check out their sites and give it some serious thought.