POLLY is one of those books you don’t mean to read in one weekend, but you can’t help it.

It’s the story of a teenage girl who doesn’t fit in with the bops or grits or jocks – and she doesn’t want to, either. Frustrated with her homelife and school, she searches for a sense of belonging in the boys she dates and in the local hardcore punk scene. 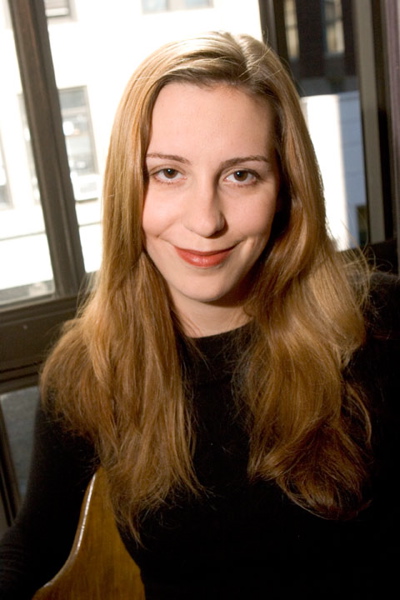 Now, POLLY’s author, Amy Bryant, grew up in northern Virginia – same as me – and much of what you won’t see from our interview went something like this:

Did you go to school with so-and-so?
Yes! And guess who’s at my place right now?
No way! He used to hold my hair away from the toilet when I threw up!

So back to the book. Much of the book centers around music. And while your LitPark host was listening to . . . 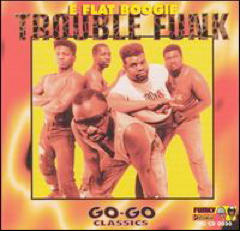 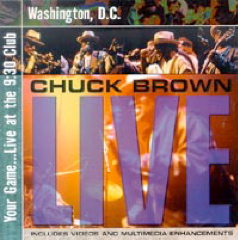 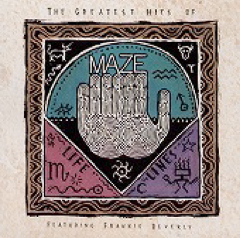 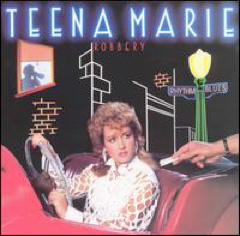 and memorizing the lyrics to Teena Marie’s Playboy,

both Amy and fictional Polly listened to . . . 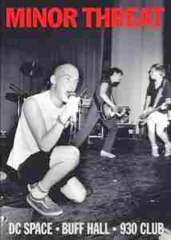 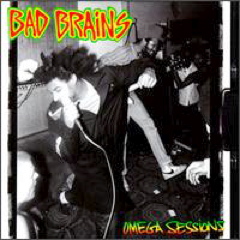 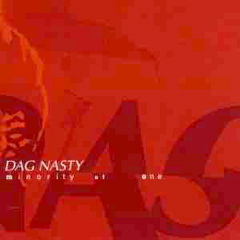 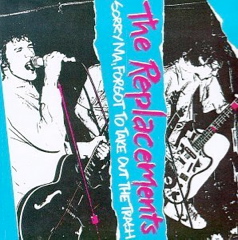 But don’t think this book is all about music. It’s about dads who’ve moved out . . .

I thought of Dad’s hands on the steering wheel of his Mustang. Dad had long fingers and thick palms, and dark hairs that grew just below his knuckles. Sometimes I had trouble picturing him, so I’d zero in on the parts of him that I remembered.
– from POLLY

At the end of the night the parents lined up in their cars out front, and Katie and I pretended they were limousines. Kids raced out in groups of two or three, piling inside the cars before the parents had a chance to get out. We all lived in fear of a parent coming inside the roller rink.
– from POLLY

“That’s not much of a lunch,” the lady at the register said as I paid her.
“I have an eating disorder,” I muttered.
– from POLLY

I imagined Joey walking me down the hall in front of the bops and surf punks and grits and bamas. People would talk about the weird older guy and the girl they’d never noticed before for days.
– from POLLY

I put astericks in my schedule book for the times we had sex.
– from POLLY

and all the ways you can feel like a stranger, even in your own neighborhood . . .

Reston had a way of staying unfamiliar. You could make a wrong turn a mile from your own home and get hopelessly lost in a web of a new neighborhood that wasn’t there the last time you drove by. It wasn’t uncommon to spot a homeless deer bouncing across someone’s front yard, searching for the vanishing woods.
– from POLLY

How did you come up with this structure for your book – organizing Polly’s story by boyfriends? Was this the book’s initial structure?

Initially I wrote the book as a series of short stories…which I referred to as the Boy Stories…about different girls at different points in their life and the guys they were dating. So when I turned the stories into a novel with one protagonist, the format made sense. 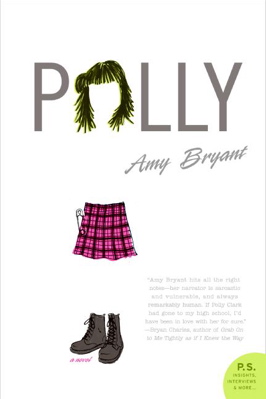 What did you learn about Polly and about yourself by looking at her life this way?

I wanted Polly’s relationships to reflect what was going on in the rest of her life: her age, her interests, her maturity level, her sexuality, and her relationships with her friends and her family. Like a lot of teenagers, Polly is testing her boundaries and fantasizing about being independent. She’s figuring out who she is and attempting to make lasting connections outside her family.

It’s hard to say what I learned about myself through writing about Polly. At first I was scared to write a novel because it seemed too hard. For a long time I felt much safer looking at the writing as a series of short stories. The book isn’t autobiographical but the setting is. The people I was writing about were familiar types. 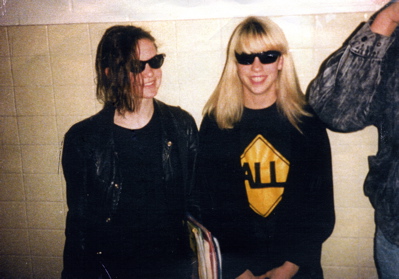 Here’s a photo from high school. This is my friend Susan and me in 1988, posing next to some acid wash in the hallway of Herndon High School. I’m the blonde. I was 17 when this was taken.

Why do you think she picks boyfriends who aren’t her intellectual match and don’t give much emotionally?

Why does anyone pick these kinds of relationships? Polly is scared of sex when she’s younger, and she’s also not ready for a real emotional connection with a man, as much as she wants to find love. The boys she meets let her take risks but protect her from real emotional involvement. I’m not saying that Polly knows what she’s looking for on a conscious level. I don’t think anyone really does. That’s one reason why you feel so lucky when you find someone really great. 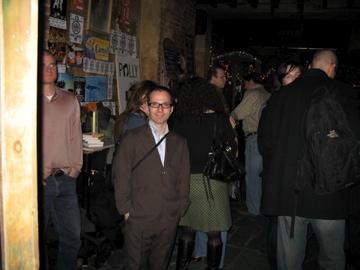 There’s a wonderful moment in the book where the mom defends Polly’s way of dressing to her stepfather, but Polly feels stripped of her individuality hearing her mother talk as if she has teenagers all figured out. I think you captured that tension so well, and the ways the different characters try to assert their needs and identities.

Thanks! That’s really nice to hear. It’s all an accident, of course.

Polly is a girl who feels she’s scrutinized for her flaws. Can you talk about that aspect of the book, and how music seems to rescue her?

Music is where Polly really finds a community outside of her family. Not only does she love the music on its own merits, but she becomes a part of something bigger than she is. I know I felt rescued by music when I was a teenager. Even now, music is a big part of my life. 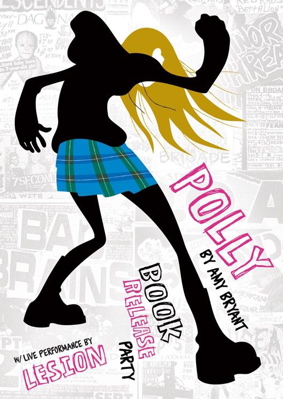 Like Polly, you grew up with the D.C. hardcore punk movement. Talk to me about that and how music shaped you into the adult you’ve become. What do you listen to now?

I was so lucky to come of age in the 80s, when there was a hardcore music scene flourishing in DC. I saw so many great bands, and I met a lot of great people. For the most part it was a really creative, positive world to be a part of, and I’m grateful for that time in my life. I still love hardcore, punk rock, all that stuff, but my taste in music is broader now. I’m married to a terrific musician…his name is Bruno Blumenfeld, and you can find him on myspace. 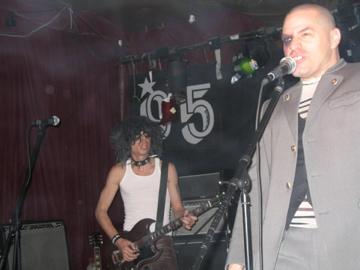 One of the things I love about Harper Perennial, besides Carrie Kania’s fabulous taste, is the P.S. feature in back, where you can hear more from the author. And in the P.S., you say this about the book:

When Polly goes to her first hardcore show, she hears music she loves and, more important, lyrics she cares about, as opposed to the masculine satanic themes that metal bands sing about. All of the anger and rejection she’s feeling from her family and all of her dissatisfaction with the world around her, is suddenly being expressed right in front of her, with all the emotion she can’t reveal in her own life. My adolescent angst wasn’t exactly like Polly’s, but I remember what it was like to finally make a connection with something bigger than me or my friends, and it was important for me to get that sentiment into POLLY. The first time art feels personal is a profound moment in a person’s life, whether it happens with a book, a band, a painting, a movie, whatever. As an adult you learn to seek it out, but when you’re young you usually just stumble upon it, and it’s almost a religious experience.

I love that quote, and I wonder if you’d share your first “religious” experience of this sort.

It was pretty similar to Polly’s. It was 1987, I was 16, and I went to see Corrosion of Conformity at the 9:30 Club in DC. It happened with reading too, the first time I read the John Cheever short story “Goodbye my Brother.” 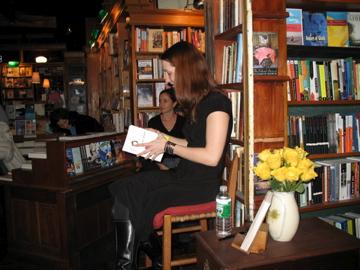 I don’t have any advice other than just keep writing and trying to get published. I’ve had countless short stories rejected. At least 60 agents rejected Polly. You just have to keep going.

And finally, would you name a few unknown writers you believe deserve some limelight?

This is a great question. Definitely Bryan Charles. [Bryan is also on MySpace.] I can’t believe my friend Stefan Marti hasn’t been published. I don’t know how unknown these writers are, but I love Lorrie Moore, Ann Beattie, and Jim Carroll. I know there are more I should be listing here.