Kevin Sampsell is one of those guys who gives indie publishers a good name. He chooses books that push boundaries. He chooses authors who are ready for prime time and takes good care of them. He is active and engaged in the literary community. He reads the kinds of books you’d read if you’d heard of them. And he’s one hell of a writer in his own right. It’s worth it to watch the poor quality video of him reading on his MySpace site because he’s that good.

I’m happy to introduce you to Kevin today, and I hope you’ll check out his site, his books, and join the conversation. 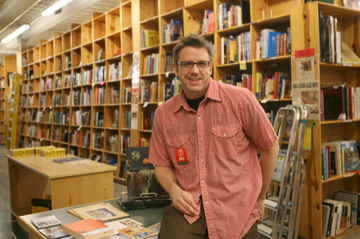 Describe the many jobs you do within the book world.

I make my living working at Powell’s. I oversee the events at the big downtown store and also run the small press and zine sections. I’ve been there for nine years. I love it. When you say jobs, I assume you mean things I get paid to do. So the 2nd one would be my work with Associated Press. I write book-related articles for them. Usually one story a month. I never know where these stories will end up. My mom will send me clippings when they run in my hometown paper back in Washington state.

My publishing feels like a job at times too, even if I don’t make money from it. I do it for the love of it, as they say. Not only do I publish two or three chapbooks a year but I edit this series for Manic D Press and right now I’m working on setting up the book tour for our newest author, Myriam Gurba and her book, Dahlia Season. 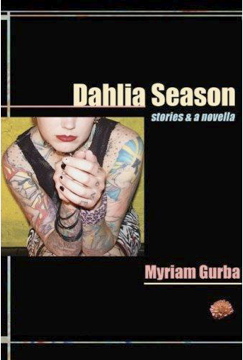 Tell me about Future Tense Books and some of your authors.

I’ve been doing Future Tense since 1990. I was 23. It was really scrappy for the first couple of years and then I moved to Portland and got more serious about it. I try to publish a variety of stuff, but of course the first rule is that I have to really love it myself. No one else makes decisions for Future Tense. It’s a not a committee. It’s not a bunch of people in a boardroom. If I really like something I’ll do my best to help it get out into the world. I’ve published some old vanguards like Richard Meltzer and Lyn Lifshin as well as some new upstarts like Zoe Trope, Charles Ullmann, and Elizabeth Ellen. Some of the authors I’ve known for a long time like Magdalen Powers and Dayvid Figler and others are people I just met randomly on-line or through e-mail, like Shane Allison and Mike Topp. 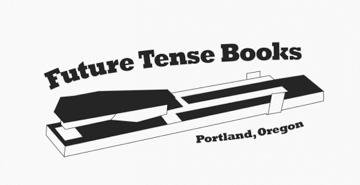 What kind of books are you seeking? And how do you prefer to get your submissions?

I prefer to publish collections of stories, flash fiction, essays, odd literary experiments. And I prefer it when people email first to tell me what their book is. Since I only publish a couple of books a year, I rarely ask to see the manuscript. It’s getting harder for me to look through stuff because I do get a lot of emails. I’m extra choosy these days. And I hope this doesn’t sound snobby but I am more interested in writers who have been published in a few places.

When CLMP director, Jeff Lependorf, was on LitPark, he spoke about the difference between printing and publishing a book. He said a lot of indie publishers and self-published writers fail because they think printing the book means it’s published. How do you go about getting your books into the hands of readers?

Designing and printing a book and then actually selling and promoting it are two separate things. And people, and smaller publishers, sometimes forget that. You have to get the book into readers’ hands in the sneakiest ways sometimes. I mean, people just don’t like to read much these days. Sometimes you give out your books or just sell them for as cheap as you can. With small press books the best way to get them to people are bringing them to the people – going on tour, finding venues to read where your ideal reader might be. Guerilla marketing. There’s nothing wrong with a gimmick sometimes. Selling on the web is a good option too of course, especially when most bookstores won’t carry little small press books.

Describe your marketing in detail, if you don’t mind. Which blogs, ads, newspapers, catalogues, conferences, etc. have had the most impact on sales?

I think you’ve overestimated me. I don’t have money for ads or catalogues or attending conferences (unless I go through my work at Powell’s, and in that case I’d say that BEA is obviously the most exciting conference, but then again I’ve never been to AWP). I do send books sometimes to blogs and newspapers. Word of mouth is my best weapon really. I’m lucky that I’ve been doing this for a while and so when I promote something I have a cadre of friends and fans who talk about it.

Tell me why indie presses like readers to buy directly from them rather than Amazon and the others.

As far as cuts go, most small presses, when dealing with any bookstore, offer a 40% discount on the books. If your book is $10 retail and I order 20 copies. You’d get $120. Some stores though, if dealing with you directly, will only work on consignment. So that could be a pain.

How badly does Amazon hurt you?

I have nothing against Amazon really. I know it’s an easy option for many readers/shoppers. They do take a big cut (about 55 or 60% I think) but I figure you’re at least breaking even on those sales so the convenience to your fans is worth it. I know that Amazon does affect some indie bookstores, but at least they actually pay every month.

We both agree on the ease of Amazon, and most are more comfortable giving their credit card number to a known company. But as an indie bookseller, if you could spread the word, what changes could book lovers make in the way they purchase books that would have the most positive impact on someone like you?

The best option for customers to help small publishers like me survive, would be to order directly from us (off our web site) or a bookstore that we recommend or have a tight connection to. For me, of course, it’s Powell’s. 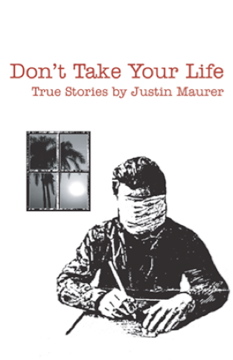 Okay, let’s say a small press book does very well with sales made directly to the press’s website. How would any of “the lists” (Booksense, bestsellers, etc) know that a bunch of books were sold? How would those sales generate more sales? Does that question make sense?

I’m not sure what you mean by the lists.

By lists I mean Booksense picks, NY Times Bestseller list, and all the much smaller lists. I’m still not understanding how an indie bookseller who handsells at AWP or gets most of their sales off of their website can ever get notice if they happen to sell a lot of books. Say, for instance, you sell 500 books in a day, but all from a small, indie storefront or from a website. How will anyone know?

I think the bestsellers list come from Bookscan, which monitors book sales from a selection of major bookstores. So selling books at a festival or off a web site probably won’t land you on a bestseller list. You have to sell a bunch through the chains mostly.

What’s the best/most frustrating aspect of your work?

The best part is getting a book done and serving it to readers like a hot pan of cookies. The most frustrating part would be the little things that I’m personally not that good at, like updating my web site and designing book covers. It’s a good thing I have friends that can do that stuff for me for little or no money. I’m learning to update my site but I think my brain is too full to take things on sometimes. 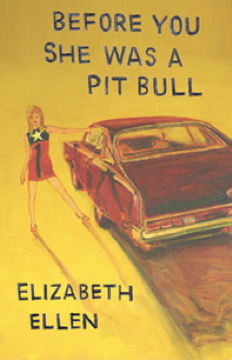 What do you hope for Future Tense Books in the next 5 years?

I just want to keep putting out great stuff that’s going to always delight and surprise people. I know it’s hard for a lot of presses to survive but I don’t worry about it much with Future Tense–we’re so small, it’s easy to manage. I do hope we gather more and more readers and that the writers we work with go on to further success. I also like the fact that some people collect our books and I hope that continues. Who knows, maybe they’ll be rare and valuable someday.

Who are you reading these days?

I just read the debut of Willy Vlautin, a Portland writer who is also the singer for a band called Richmond Fontaine. His novel, The Motel Life, is not just about a pair of down-on-their-luck brothers, but also a story about the power of storytelling and dreaming of something better in life. It’s amazing. I’m also enjoying the Pia Z. Ehrhardt story collection that MacAdam/Cage is putting out in June. Her stories are like dangerous seductions. I’ve also read new stuff by Amy Fusselman, Monica Drake, Lisa Carver, Anthony Tognazzini, and I like those 33 1/3 music books too. I like those because they’re small and they fit in my pocket for the train ride to work. 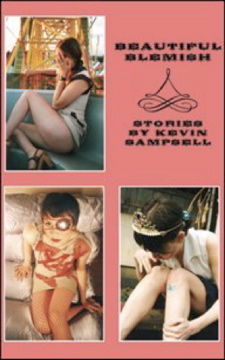 And now tell me about your own writing. What’s available to read now, and what can we see from you down the road?

My last collection was Beautiful Blemish on Word Riot Press. That came out two years ago. I have a few chapbooks that people can still order (The Patricia Letters, Invisible Radios) and I’ll have a new collection – my biggest one yet – out from Chiasmus Press later this year. I just turned it in. I’m also popping up in a few magazines and anthologies (one from Serpent’s Tail: The Empty Page, stories inspired by Sonic Youth songs). And I am working on two other things that I hope will become books – one is an expanded version of my out-of-print memoir, A Common Pornography; and the other is a weird little book of newspaper headline collage. It’s more like abstract poetry.

Oh yeah – I almost forgot. A Portland printer is putting out this beautiful edition of Haiku Inferno stuff really really soon. Haiku Inferno is a group I’m in with Frayn Masters, Elizabeth Miller, and Frank D’Andrea. We do shows around the northwest that combine rapid fire haiku, political angst, and ridiculous humor.