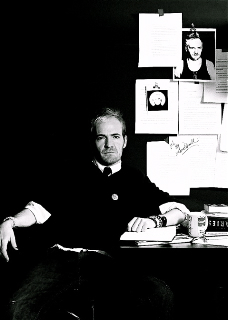 Left or right?
A fork in the road?
College or Europe?

As writers we get to tinker a bit with our endings. Sometimes it’s the one perfect ending that consumes our long hours in front of the screen.

It’s that power over narrative that leads me into some trouble now and then. You meet someone new, the narrative takes off in your head. Just introduced and you’re imagining the great adventures, the journey ahead. Not always thinking about the choices in that impulsive narrative. Somewhere along the way the life story you imagined doesn’t look like your well crafted design. It must have gone wrong in a moment. You need to hit the delete key on a few chapters, you need to rewrite a bit, you deserve a Do-over. Right?

What would you do differently? How many right turns would you make lefts?

Point A to B to C into a tidy happy ending? 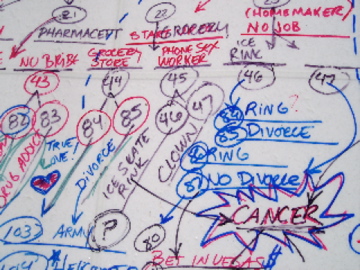 Some of you might remember the above from junior high. Back when I was a twelve year old we called them Choose Your Own Adventure books.

Well, those were for kids, not very adult themes. Your choices didn’t lead you to being a millionaire, being homeless, having a drug problem or a bit of hanky-panky with a primate.

Such a genre certainly deserves a good name.

Interactive Hyperfiction according to the press release.

I had a lot of fun reading this one. I’ve gone through about a dozen threads and I’m nowhere near seeing the 150 possible endings yet. I’m pretty sure a dog-eared copy of Pretty Little Mistakes is going to follow me around all summer.

Without it I would have never thought of beef tenderloin, weaponized.

You really have to appreciate a woman who can handle a tenderloin with such style. 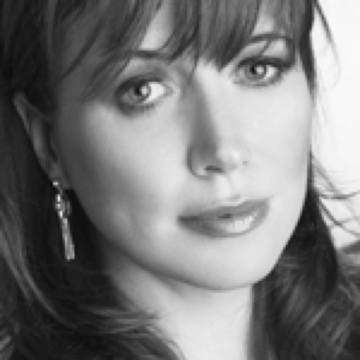 LR: Welcome to the park, Heather. I’ve read that the genesis of Pretty Little Mistakes was your feeling of failure with your first novel. What of that failure led you to crafting interactive hyper-fiction?

HM: I think the feeling of being shattered and scattered made this broken structure seem natural. I felt like I couldn’t follow one story to the end, I had to follow them all at once. I honestly don’t know why I wrote Pretty Little Mistakes this way”¦it just sort of happened. Like if you blacked out and then when you came to there was this manuscript in your hands. 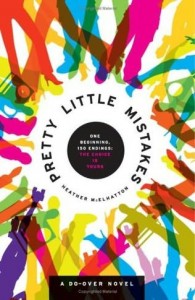 LR: I’ve read through a dozen different scenarios in your book, always amused and surprised by where I end up and how things turn out, but I have yet to have that wild monkey sex I was promised. Where am I going wrong?

HM: I am fascinated by the lives people choose, the threads they follow. Lots of folks have said, “But in the book I did all the right things! I was responsible and I still ended up homeless or working at Denny’s or having sex with a monkey etc…” I usually ask them if they know anyone, possibly themselves, who has done everything “by the book” and still had their lives blow up in their face. I have yet to meet someone who doesn’t know of one very unfair story in the world.

So the book gives you no guarantees. The moral of the story is do the right thing, or don’t. You still might end up having sex with a monkey. You might as well do what you really truly bone-marrow want to do. It’s your best bet. So Lance, to read the monkey-sex scene, you must dig very deep into your soul. Really follow your own true path”¦that or go to page # 351.

HM: Yes. Both. I mean, think impulsivity has saved me in a lot of instances. The ability to move quickly and act rashly has let me leapfrog out of bad situations. Sure, sometimes I’ve leapt right into something (or someone) worse, but eventually I always scramble to high ground. On the other hand, who doesn’t want to be super Zen and walk measured steps? In my life however, I’ve seen both methods work, and not work. I think it’s a balancing act. 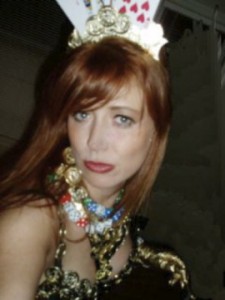 LR: You seem to be having a great year, how has this quirky book and it’s deal changed your life?

HM: Am I having a great year? I’ve been too swamped to notice. Really, absolutely nothing has changed in my life except I got a little puppy pug named Walter and in general I have bigger deadlines looming over me. Yesterday, I did my taxes and spent the day comparing various pee stain removal products and then testing them out on my Walter-ized furniture. That’s a typical day right now. Not too fancy.

I think the thing about writing though, and life in general, is that you never “arrive.” Your horizon always recedes in perfect proportion your steps. So, after you’ve written one book, then you want to write another. If you can write two books, why not four? You’re never done. No one is. Every single person is struggling to get or get away from something. It doesn’t matter if they have a book, or ten books, or no books. We’re all in this shit storm together ”“ which is kind of beautiful.

LR: You’ve had the opportunity to be a part of the television version of This America Life with Ira Glass on Showtime. How was that experience?

HM: Being on the show was a strange experience. I started in radio for a reason. I love being the anonymous voice. Not being seen and letting the words paint a picture”¦so when I was being filmed and telling my story I was squirmy and self-conscious. I was sweating and there were bright hot lights in my face. Ira kept trying to calm me down ”“ but I was just a fish out of water.

The show itself however is phenomenal. I think the stories are gorgeous on film. Chris Wilcha is the director, and he’s got a great eye, which matches Ira’s perfectly. They both have this “other” way of seeing and it comes across on camera. 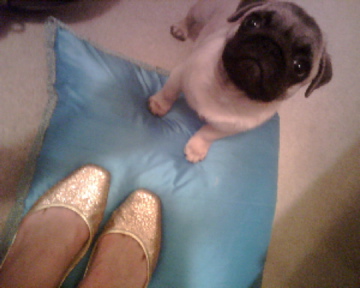 LR: Any mistakes you’ve made along the way getting this book out there that you’d like to share with all these writers in Litpark?

HM: My biggest advice is if you send your manuscript out to agents or publishers; keep that piece of information to yourself. Otherwise friends, family and co-workers will keep asking you, “How’s the book?” and after a month or two of hearing “How’s the book? How’s the book?” you want to throw a stapler at them and say “YOU CAN BE SURE IF THERE WAS NEWS ABOUT THE BOOK I WOULD TELL YOU. FOR THE LOVE OF GOD, STOP ASKING ME THAT.”

Just save yourself the entire ordeal and keep everything, (your ideas, your writing, your manuscript, your submissions) a secret until you have a book deal. Then you announce it all at once, people buy you champagne and no staplers are thrown.

LR: What do we get to see out of you next?

HM: The next Little Mistakes book will be called “Million Little Mistakes,” and it’ll be out in 2008. (I named it before the James Frey ruckus, but I think it ties together nicely.) There’s actually a section of it in the back of Pretty Little Mistakes. I have under a year to write another book. There’s so much more to tell you… I’ll be in New York on May 23rd at McNally Robinson in New York and the rest of the details are at www.prettylittlemistakes.com Excuse me, will you? I have to go take some aspirin and lay down.

Thanks for playing in the Park! 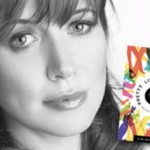 HEATHER McELHATTON is a writer and independent producer for Public Radio International. Her commentaries and stories have been heard nationally on This American Life, Marketplace, Weekend America, Sound Money and The Savvy Traveler. She also produces the radio literary series Talking Volumes. Heather’s audio archive can be found at www.mpr.org. Pretty Little Mistakes is Heather’s debut novel, available now from HarperCollins. 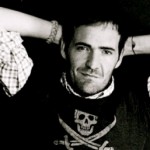 When not locked in the pantry evading anxiety attacks and sacrificing large quantities of peanut butter cups and Stewart’s Root Beer to the most recent copy of Writer’s Market, LANCE REYNALD can be found doing what most un-agented writers do all day; practicing signing his name with a Sharpie on 5X7 cards in hope that creative visualization will pay off in a book deal. Once the Sharpie huffing wears off he settles in to finishing up a shopable draft of POP SALVATION, the story of a boy who wanted to be Andy Warhol. He also distracts himself plenty with his blog at Myspace.