Have you ever had a near-death experience? Tell me about it. 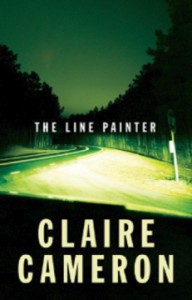 Wednesday, Lance is back to interview Claire Cameron, author of THE LINE PAINTER. While you wait for the interview, you can “friend” both of them on MySpace.

I got this cool news on Saturday night: Pulitzer-nominated author, Dave Eggers, picked something of mine for The Best American Non-Required Reading! Very happy! Next to Neil Gaiman, Dave Eggers has the greatest author-hair I know.

Oh, and hey, I have another interview up here. This time it’s about my experience as an editor – which, for many years, was all people knew that I did because I pretty much kept my writing to myself. Anyway, it’s short. Check it out if you have the time.