Usually, if you’re talking to a writer, the term “close call” refers to a manuscript that’s made it to the final rounds. The rejection letter typically reads like a love note. And still, the bottom line is, No. Another door closes.

Most of us would opt for the other type of close call – the near-death experience – which was this week’s topic at LitPark. 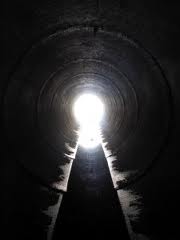 Unless you actually die, it’s hard to tell how near death you came. It feels like I’ve had a few close calls, but I’ll tell this story because it’s the first one that popped into my head. I’m thirteen in this story and it’s the Fourth of July. One of the things people from DC do over the Fourth of July is go to The (Smithsonian) Mall with a cooler and listen to bands who are past their prime. The Beach Boys played that year. I didn’t have permission to go to The Mall, but I used the old I’m-having-a-slumber-party-at-a-friend’s line with my parents and was on my way.

I was with the girls I frequently have nightmares about because they went kind of hot and cold on me. Mostly cold. And on The Mall, we wound our way through mobs of people, accepting drinks and drugs from strangers along the way. This was not all that unusual for us; it was the overwhelming number of people that threw us, and I guess the large assortment of handouts and losing count of what we’d put into our bodies. The Beach Boys sang off-key.

After a while, I got split off from the group of girls I was with. Knowing them, it was on purpose. I never asked. And I wandered around the crowds and it got darker and darker. My memory gets pretty foggy here, and rightfully so, and somehow I remember one other girl being with me but I don’t know who or how I found her.

I’m not sure why we didn’t take the Metro back. Maybe we got disoriented or didn’t have money. Maybe we felt the pressure to get back the fastest way possible. Whatever the reason, we hitchhiked. (I’ve got a lot of hitchhiking stories.) We got offers right away and took the wrong one. I climbed into the front of a truck’s cab and the other girl hopped in the open bed of the truck. The driver was weird and had bottles of beer in the front seat. He offered me one and I said no. I was small for my age, and already close to blacking out, and he knew better.

I remember him telling me I had pretty lips and touching my mouth. His fingers smelled like gasoline. I must have said something that ticked him off because he stopped the truck in the middle of nowhere. And my last memory of that night was me standing barefoot with some girl in complete darkness while the guy pitched beer bottles at us.

I’d been wearing sandals, either Dr. Scholl’s or Bass – the kind that come off when you’re not thinking, and when my dad picked me up at the girl’s house the next day (who knows how we got back?!), he was mad about the shoes. People don’t just lose their shoes, he said.

Probably wasn’t a near death experience, but it felt like it was going to be at the time. And looking back, I’m guessing this girl and I got lucky.

Often, I weave bits of truth into fiction, and I found this very old short story at a now-defunct magazine once run by one of the greatest writers I know. The story is wobbly in ways that make me twitch, but the shoes line is in it. 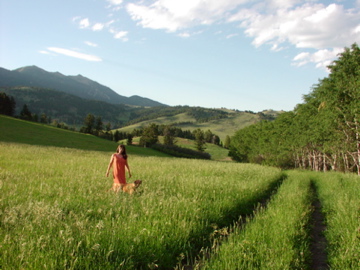 My cousin, who also has a lot of hitchhiking stories, lives on 99 acres in Bozeman. It’s one of my favorite places on the planet. Bears, horses, rainbow trout, a whole mess of sky. This is me and his dog, and I’ll be somewhere in this photo before you know it. 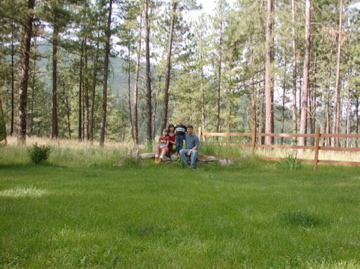 My brother’s out in Montana, too. This is his place in Missoula. (Yes, I am wearing hiking boots with a dress. Why not?) And the reason I’m bringing this up is because LitPark is going on summer vacation, so next week’s posts will be the last for a while. Don’t worry, I’ll keep the gates unlocked – no one’s getting kicked off the swings – and I’ll stop by as often as I can.