Think back to elementary school. What games did you play? What toys did you play with? What kind of candy did you eat? What was your first record (okay, CD for the true kiddos)? Paint me (a quick) picture of you! 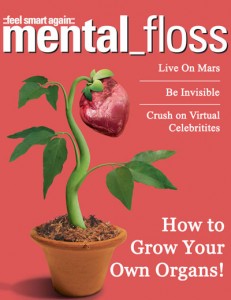 By the way, if you are not familiar with Mental Floss, here’s Mo Rocca to help you discover what it’s all about.