Where did you go today? Tell me something that caught your attention there.

And for a bonus question: Where’s the best place you ever traveled? 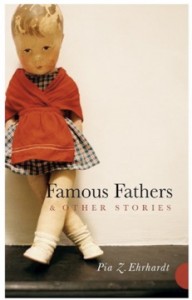 Wednesday, one of my all-time favorite writers, Pia Z. Ehrhardt, will be here to discuss her collection, FAMOUS FATHERS. We’ll also talk about being on the go. See you then!

P.S. For Porochista Khakpour fans (and if you aren’t one already, you will be by the end of this month), I just want to announce a few readings she’s doing in New York: National Arts Club on Nov 9, Leonard Lopate’s NPR show on November 12, The Half King on Nov 19 (for Iranian women writers), and The Happy Ending Series on December 12.

P.P.S. Grant Bailie’s novel, MORTARVILLE is available for pre-order on Amazon. Click over and see if it interests you. I read an earlier draft of this book, and it is very, very good.

P.P.P.S. If you’re someone who normally subscribes to the rss feed, LitPark now runs comments through Disqus. What that means is that the comments will no longer feed to you from your old subscription. So, if you missed the the 60 or so comments on last Friday’s post, or if you want to subscribe to the new feed, just pay a visit today, click on Comments, and if it’s not self-explanatory, we’ll walk you through what to do. We’re all getting used to the new system together.