Tell me about the best teacher, or teaching experience, you ever had.

And a bonus: Start up your iTunes, your iPod, whatever, and now hit shuffle. Tell me what 5 songs come up first. No cheating! You cannot re-shuffle to try to make yourself look cool. 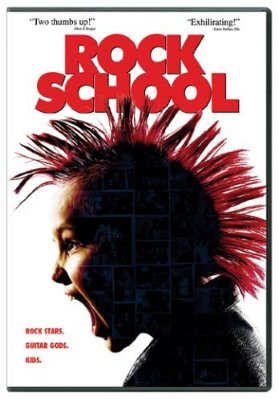 Wednesday, Paul Green will be here. Paul is the subject of the documentary, Rock School (see the film clip below) and the inspiration for the film, School of Rock, starring Jack Black. His music school trains kids 8-18 in the fine art of being in a rock band, and if you want to know how the school can change your kids’ lives, just ask Robin Slick, who introduced us!

Sometimes you interview someone and know you’ll be friends for the long haul. Paul is one of those ones. Hope you’ll be back to meet him!