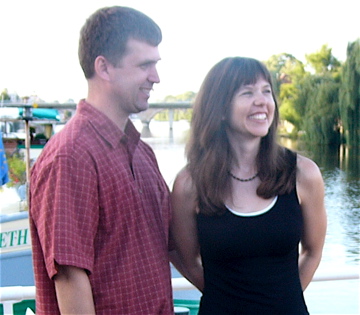 Once, when it was career day at the elementary school, Mr. H and I were invited in to talk about our jobs. I went first and talked about my love of reading and the process of writing and editing. And then I asked the children if they had questions.

“Did you write Harry Potter?”

“Did you write The Cat in the Hat?”

“No.” This was only funny maybe the first or second time and then it wore off.

Finally the teacher stepped in to help – “Mrs. Henderson, tell us what books you did write.”

Too embarrassed to tell the truth, that there was no book to buy, I answered cryptically, “They’re not really for children.” This forever after branded me as an assumed writer of erotica.

Then Mr. Henderson entered the classroom to discuss costuming actors for plays. His talk quickly focused on using makeup to create fake bruises and scars. He used my son as an example of an actor who needed to look like he’d been in a fight. 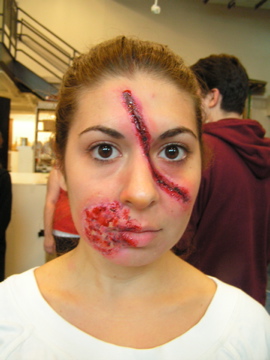 These pictures are examples of the work he does with his college students. 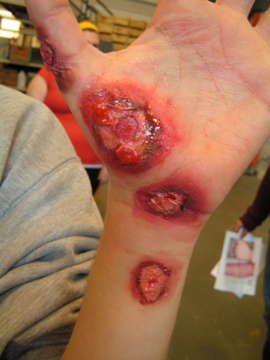 He was supposed to wash off the bruises but he went home on the bus all beat up. I asked him, “So, how do you think it went today?”

“Great,” he said, “Everyone in my class wants to be a costume designer.”

Thank you to the super-lovely Paul Green for visiting this week. Thank you to everyone who played here.