Today, over 300 bloggers, including bestsellers, Emmy winners, movie makers, and publishing houses have come together to talk about THE LIAR’S DIARY by Patry Francis. Why? To give the book the attention it deserves on its release day while Patry takes the time she needs to heal from cancer.

Before I talk about this book, I’d like to tell you a story about how this extraordinary day happened. 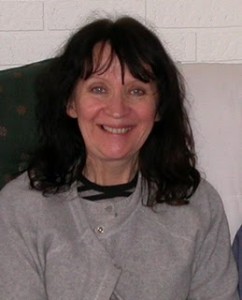 First, you need to know something about Patry Francis.

What if you worked for years as a waitress and then went home at the end of the day to your husband and four kids, and in those rare minutes of free time, you dared to dream that one day you might write a book? This is the story of my friend, Patry – a story that leaves out years of false starts, revisions, and rejection slips. It’s a story that writers know intimately, though the details are different. Every one of us is well acquainted with the struggle of getting a story on paper, of honing it and believing in it enough to send it out, only to receive rejection, or worse, silence for our efforts.

Imagine, after many years, you beat the odds. You finish that book. You find that agent who sells your manuscript. Your dream is about to become a reality. But just as your book is due to be released, you discover you have an aggressive form of cancer.

Patry’s story struck such a deep chord with many of us, not just because she is our friend, but because those of us who know her or read her blog have relied on her company through the ups and mostly downs of trying to write and sell a book. She is our buoy. She has shown us time and again her great gift for shedding light in the dark. Even her blog post about her cancer showed this – in her greatest time of need, she was still somehow comforting all of us and showing us glimpses of joy.

Patry is part one of this amazing story. 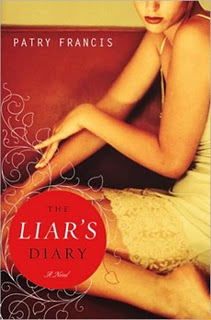 Now you need to know something about Laura Benedict:

On New Year’s Day, or thereabouts, Laura wrote to me, calling my attention to Patry’s publication date. “Perhaps we could do a ‘Patry Francis/Liar’s Diary’ blog-o-rama or carnival or something to promote the book?” she wrote. “I’m such an amateur at this stuff that I don’t know what’s possible.”

I didn’t give a moment’s thought to what we might try to pull off, or how; I simply said, “Yes! Let’s do it!”

It’s very important to me that Laura is recognized for her initial gesture – not just because she’s a great and generous woman, but because it says something about the strength of the heart over the kinds of power most of us are without. When you see the amazing outpouring of support and the high-profile people who joined this effort, remember it started with one small voice.

Laura is part 2 of this amazing story. 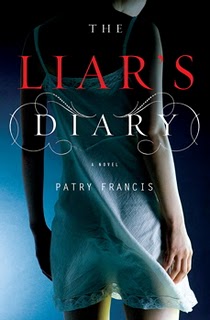 Now let’s talk about you:

In less than one month, over 300 bloggers, writers, readers, and just big-hearted people signed on to take part in this day. I am overwhelmed and grateful for every single person who said yes or helped spread the word, but let me reserve some enormous thanks for the people who traded hundreds of emails with me to put this together: Karen Dionne of Backspace, Jessica Keener of Agni and The Boston Globe, Tish Cohen, author of TOWN HOUSE, Dan Conaway of Writers House, and Alice Tasman of the Jean Naggar Literary Agency.

What began as a personal gesture of caring for a friend became an astonishing show of community – writers helping writers; strangers helping strangers; and most surprising of all, editors, agents and publishers, who have no stake in this book, crossing “party lines” to blog, to make phone calls, and to send out press releases.

Time to talk about THE LIAR’S DIARY.

Whether you like text, audio, or video, I have a taste of the book for you. Let’s start with an audio clip of THE LIAR’S DIARY. This audio clip comes courtesy of Eileen Hutton at Brilliance Audio.

This video for THE LIAR’S DIARY was created by Sheila Clover English, C.E.O. of Circle of Seven Productions, who was moved by Patry’s story and volunteered her lightning-speed creativity!

Here are the publisher‘s words:

Answering the question of what is more powerful—family or friendship? this debut novel unforgettably shows how far one woman would go to protect either.

They couldn’t be more different, but they form a friendship that will alter both their fates. When Ali Mather blows into town, breaking all the rules and breaking hearts (despite the fact that she is pushing forty), she also makes a mark on an unlikely family. Almost against her will, Jeanne Cross feels drawn to this strangely vibrant woman, a fascination that begins to infect Jeanne’s “perfect” husband as well as their teenaged son.

At the heart of the friendship between Ali and Jeanne are deep-seated emotional needs, vulnerabilities they have each been recording in their diaries. Ali also senses another kind of vulnerability; she believes someone has been entering her house when she is not at home—and not with the usual intentions. What this burglar wants is nothing less than a piece of Ali’s soul.

When a murderer strikes and Jeanne’s son is arrested, we learn that the key to the crime lies in the diaries of two very different women . . . but only one of them is telling the truth. A chilling tour of troubled minds, The Liar’s Diary signals the launch of an immensely talented new novelist who knows just how to keep her readers guessing.

And now, here are Patry’s words, which I lifted off her blog: “Though my novel deals with murder, betrayal, and the even more lethal crimes of the heart, the real subjects of THE LIAR’S DIARY are music, love, friendship, self-sacrifice and courage. The darkness is only there for contrast; it’s only there to make us realize how bright the light can be. I’m sure that most writers whose work does not flinch from the exploration of evil feel the same.”

Ready to buy the book? Why not buy one for yourself and one for a friend? And if you like it, tell people!

Here are links to THE LIAR’S DIARY at Amazon, Barnes & Noble, and Powell’s. You can also buy directly from Penguin to save 15% (after you add the book to your cart, just enter the word PATRY in the coupon code field and click ‘update cart’ to activate the discount).

You’re about to see a very long list of those who are taking part in THE LIAR’S DIARY Blog Day. I hope you’ll check out the links because some of these folks got very creative. For example, my friend, Aurelio O’Brien, made up these buttons and stickers:

Wow… to every one of you on this list! Thank you, so sincerely:

If I’ve accidentally left you off the list, or if you’ve just now decided to join us, drop a note in the comments section with a link to your blog. Every single voice counts! 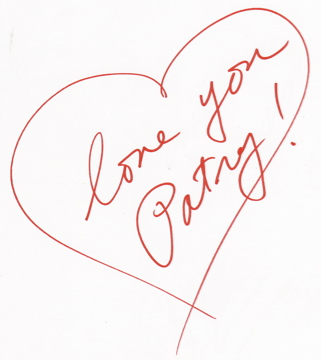