My guest today is Bridgett M. Davis, author of SHIFTING THROUGH NEUTRAL (Amistad). This debut novel, set in 1970s Detroit, focuses on Rae Dodson as her parents’ marriage and father’s health disintegrate. It’s a compassionate story about what a young girl holds on to when her family comes up short. 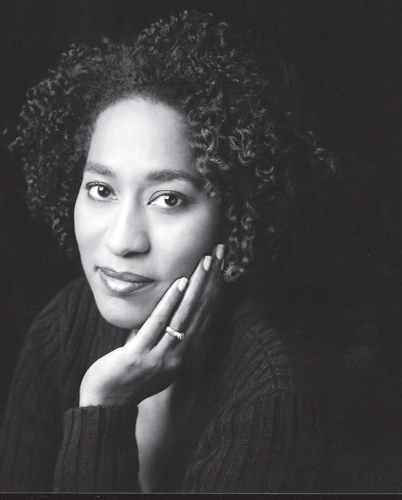 I hope you’ll give this smart and big-hearted writer a warm welcome!

I wanted to talk to you about some of the themes that run through both your movie and your book. The heartbreaker for me was seeing young women wanting so badly to have a sense of belonging and to know they are valued by others, particularly their mothers. In both cases – though in different ways – these young women do not get what they need. Can you talk to me about this, about yearning for something you may never get?

I’m fascinated by how women become whole, how they become who they are. I think on a fundamental level, it begins for most of us with a quest to gain our mothers’ approval, and by extension, their love. That need, that desire never goes away, and it’s certainly more acute, I’m sure, in women who don’t get the reassurance they need. As a writer, I like to explore what those women must do to compensate for what their mothers couldn’t give them, and what they must do ultimately to accept their mothers’ limitations and move on. 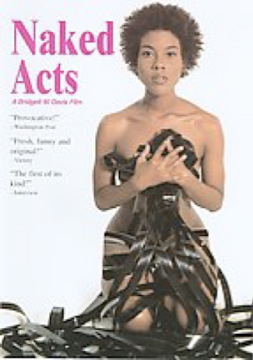 This brings me to a second theme that runs through both works – about women seeking to feel whole despite their circumstances. How do these women find happiness and self-love when it’s not necessarily what they’re taking in?

In my novel, the main character, Rae, had her father to compensate for what her mother didn’t/couldn’t give her, and that love from him was enough to sustain her after all. In NAKED ACTS, Cicely also had someone else who loved her in a more healthy way, her grandmother. I believe that it’s less important, finally, who loves a child (mother, father, sister) than how much that child knows she’s loved.

That’s a really lovely thought. I’m going to remember that….

After he returned to me, I slept every night atop Daddy’s broad back. He was a soft, wide man, and miraculously he remained still throughout our slumber – never rolled over, never pushed me off. How that sleeping arrangement came to be I do not know, but it felt as natural to me as play. – SHIFTING THROUGH NEUTRAL.

Talk to me about the theme of body image in these two works.

Body image is obviously a big theme in NAKED ACTS, as I wanted to explore how an African American woman gains a sense of her own sexuality and relationship to her body against the backdrop of a very particular sexualized history for black women in this country. To me, they go hand in hand – themes of self realization and body image. How do you accept yourself until you accept your body?

“If you start crying now over every little thing, you’ll be crying for the rest of your life.” – Lydia Love to her daughter, NAKED ACTS. 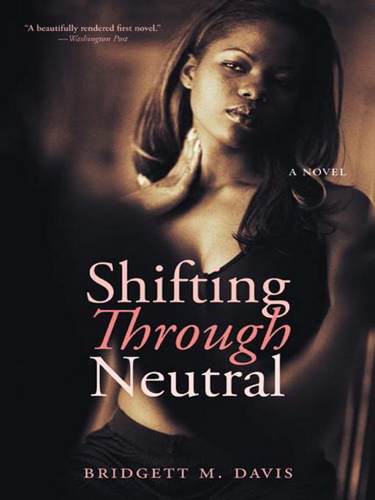 Both of your works take a very compassionate stance toward the characters who come up short – the absent parents and cheating lovers. Where does Bridgett Davis get that kind of compassion?

You ask about my compassion. As a writer, I’m completely uninterested in blame and easy targets. The real challenge and interest for me is in trying to understand each character’s complexity. I care for all of my major characters. Even the minor characters whom I wouldn’t want to hang out with are compelling to me as a writer, because they each have a point of view, a way of seeing the world, something they’ve been through that informs their actions.

The biggest compliment I’ve received for SHIFTING THROUGH NEUTRAL is from folks who say they loved the father character. That suggests to me that I captured his humanity, that it came through despite his myriad flaws. I also love it when someone says they “felt for” the mother. As the writer, it’s never my job to judge a character, nor is it my job to make them do what they “should” do. I want them to do what’s probable given the history I’ve created for them. That’s what excites me about writing!

I could, if I stood on tiptoe, peek through the triangle of colored stained glass at the top. Blue, pink, and yellow. I imagined this was how the world looked to Mama when she took one of her pills – warm and tinted. – SHIFTING THROUGH NEUTRAL

Did you find a big difference between writing a novel versus a screenplay?

I love writing fiction for different reasons from why I love writing screenplays. With fiction, the work feels a lot more visceral and internal, and personal. Not that the subject matter is personal per se, but the process is deeply so.

With screenwriting, I love the structure. Screenplays are all about structure and that allows me to use a different side of my brain, to think about what story to pour into a given paradigm vs. with my fiction when I write all this stuff and then try to figure out what prism it demands to be told through. I like going back and forth with the two genres as a way of balancing the two processes.

I’ve been working on a novel now for over 4 years and it’s been a long haul. About a year ago I started co-writing a screenplay, and that was just the antidote I needed after so many years fixated on this internal, solitary work. The screenplay is collaborative by nature, and I find that refreshing. I’m a novelist but for years I was a journalist and I find screenwriting the perfect marriage of those two different pursuits.

They dug a grave for him in the backyard, beneath the apple tree. That misfortune was like a pothole on a dark road. An old clunker could charge right through it, but a new car, its axle untested, never rides the same again. – SHIFTING THROUGH NEUTRAL.

Did you learn anything in the process of editing your book or your screenplay that you could pass along to a writer who’s editing her first book?

My advise? First, put some distance between you and the book. Let a month, even two go by before you return to edit it. Distance is key. And then, when you do return to it, read it aloud. And if you’re not already, join a writer’s group of a few fellow writers whose sensibilities and style you admire. I’m in a group of just 3 women at the moment and it works beautifully. Their feedback is enormously helpful to me.

Worst of all were any telltale signs of low-class living on the outside of the house, the greatest offense being car parts strewn across a back lawn. Mama was very conscious of the responsibility of living next to white folks, even after most of those who’d been our neighbors had moved away. – SHIFTING THROUGH NEUTRAL

My new novel is entitled LAGOS and it’s the story of a young African American woman who embarks on her first trip to Africa, where she discovers herself in ways that have nothing to do with finding her roots.

Bridgett M. Davis is an associate professor of English at the City University of New York’s Baruch College, where she teaches creative writing and literature. A graduate of Spelman College in Atlanta, she is the director of the award–winning feature film Naked Acts and author of the novel Shifting through Neutral. Davis’s journalism has appeared in The Wall Street Journal, Philadelphia Inquirer, Columbia Journalism Review, Detroit Free Press, New York, Newsday, and the Chicago Tribune. In 2007, she was honored by the New York Association of Black Journalists with its Excellence in Education Award. She lives in Brooklyn, New York, with her husband and son.