My guest today is not the only one hanging around LitPark who goes by a pen name. But today he is stepping out from behind the mask.

If you are a regular reader of McSweeney’s, you know Oronte Churm as the author of “Dispatches from Adjunct Faculty at a Large State University” – an anatomy of being a teacher, writer, husband, father, and son. In short, it’s about a whole life’s education, which never ends. Churm is also busy writing for Inside Higher Ed, where he keeps a creative nonfiction superblog called The Education of Oronte Churm. He’s been a contributing editor for Adjunct Advocate, writes for World’s Fair, a Seed Media science site, and has a piece in Mountain Man Dance Moves (McSweeney’s Books).

So what’s the story of the guy behind the pen name? Well, if you click over to McSweeney’s, you can read the beautiful essay in which he reveals his true identity. It’s an essay that made me tear up again and again because it touches on almost everything I’ve been struggling with these past many months as I’ve tried to edit my book. That he manages to weave stories of ghosts, his dying father, porn star Ron Jeremy, and salvation into this one story shows why he’s my kind of writer and my kind of friend. I hope you’ll find the time to read it.

But first, while you’re here, I’d like to introduce you to my friend, Churm, who is also my friend, John Griswold. 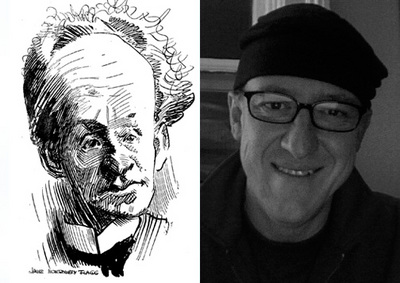 What made you use the name, Oronte Churm, to begin with? Why didn’t you want to use your real name?

John Warner, the editor of McSweeney’s Internet Tendency, asked me in 2005 to write a column about being an adjunct lecturer at Illinois. He said I could use a pen name, since I’m not on the tenure track and don’t have that job protection. Neither of us knew, I think, what I might have to say, or whether anyone would frown on it. But I was also trying to finish a literary novel and wanted to keep humorous bits separate from the rest of my intended writing life. As it turned out, I’ve tried to do more with my dispatches than I think John expected from me—never waste a good publishing platform, my mother always said—and he’s been terrifically supportive of their oddity.

The pen name is a combination of two characters’ names from the Henry James story “The Real Thing,” which I was teaching at the time. I liked the sound of them together; Oronte is floral and Churm is muddy, a comical combination. The story questions who or what is “real” in art and life, and those questions seemed pertinent to my situation as college teacher and writer. 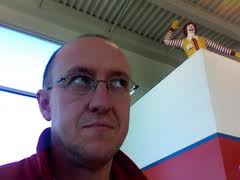 You allude, in the McSweeney’s piece, to some people being angry about the pen name. Can you say more about that?

In a dispatch called “On Apophasis,” I revealed that an editor at a big-time publication told me, nearly apropos of nothing, that if I wrote for them I couldn’t talk about the Iraq War. I heard later that her boss, the editor-in-chief, was quite upset with me and felt it wasn’t cricket to hide, as he viewed it, behind an assumed name. It made me wonder what satisfactions he imagined having, if only I’d used my real name. Duel at dawn? Trying to get me fired? Standing in my front yard yelling epithets? He and his shop all knew my real name anyway.

To me, a pen name can easily be the same as a surname, even if it doesn’t speak to geography. If the writing is clear, thoughtful, or even frequent, the “real” aspect of the writer’s being will out. Besides, even pseudonymous writers can be denounced, and most have e-mail. Writers have never been as accessible as they are now.

Talk to me about how it feels behind the mask.

It feels great. It feels like bunnies, like lilacs on a spring night, like good whisky and smiting one’s enemies. It feels like the 1938 Carnegie Hall performance of “Sing, Sing, Sing” with the tom-tom beat of Gene Krupa and an unexpected and miraculous piano solo by Jess Stacy. Step back here a minute, Friend, and I’ll show you what it feels like.

Any downside to wearing a mask?

We all wear masks and change them according to the social situation. Usually we feel each to be “true,” even when one contradicts the one before it. A pen name is no different. I see nothing unusual about being Churm; it’s simply my persona for a certain context and is invisible to me at that moment. 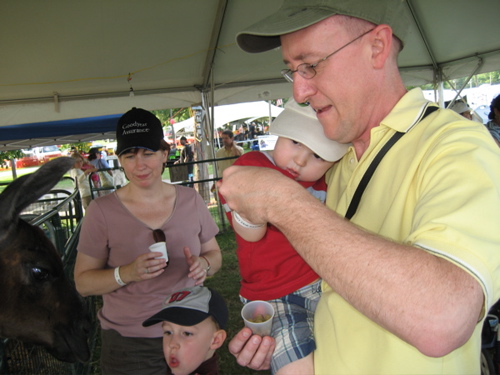 I guess you won’t truly be able to answer this till you’re officially outed and start getting feedback, but do you expect you’ll feel free? Naked? Like Oz when he’s discovered behind the curtain, and people think, Oh, I thought he’d be bigger?

I’m actually a giant of a man, lewd and bulging, but comfortable in my existential skin. If someone can’t handle my nakedness, he can always avert his gaze.

Why now? What has happened or changed in you that you would rather be John than Oronte?

As Churm, I’ve amassed considerable nonfiction work, and I’m proud of it. I want to unify my two writing lives, if only to aid in further publishing and getting a tenure-track gig. Anyway, I’ll continue to write as Oronte in several venues, including at Inside Higher Ed, where I’m signing on for another year. Churm, c’est moi.

Come on over to my place, The Education of Oronte Churm, and read more on pen names in the Digital Age. 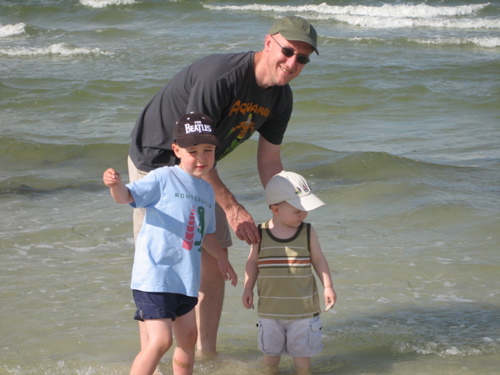 Want to say anything about McSweeney’s, or some of the other folks you’ve written for?

I can’t say enough about the impeccable taste, keen intelligence, and boyish good looks of Internet Tendency editor John Warner. Also, I had dinner with Dave Eggers once, and I’ll just say this: The man can eat the hell out of some chocolate cake.

I’m very grateful to McSweeney’s for everything, including introductions to some great good friends and opportunities for other work. The dispatches led to my being a contributing editor at Adjunct Advocate, and a year ago Inside Higher Ed hired me as their first Blog U. writer. (There are now five of us.) IHE’s editors, Doug Lederman and Scott Jaschik, are incredibly supportive and have also let me try anything I wished, from an interview with a Special Forces chaplain to long essays about my emotional connections to Vietnam, where I was born. Somewhere in there I talk about teaching, too. Lately I’ve been hanging with the scientists at The World’s Fair, a Seed Media science blog. I ask them if they intend to blow up the world, and they tell me I’m funny.

I’ll put it out there that I love McSweeney’s, too. There’s a good many people over there I consider to be like family. But let’s get to the contest because I know my readers want to win this money so they can buy more books.

Your submissions to the contest go right here in the comments section. Enter as often as you like!

In honor of Oronte Churm’s revelation of his real name and previously undisclosed location, his online friends are sponsoring a short writing contest with big-time prizes.

Write a creative nonfiction story or essay, 75 (seventy-five!) words or less, in which someone reveals something, is unmasked, or comes to a new understanding. (This is most of literature, by the way.) We call these “little truths.”

Our friends at Brevity: A Journal of Concise Literary Nonfiction permit submissions ten times longer, but we like their standards for our contest:

Clear, concise, vivid prose—memoir, journalism, or lyric all welcome. Memoir and narrative are best told with scenes and detail, not explanation, and even the personal essay form benefits from image and sensory language. Bernard Cooper suggests that short nonfiction ‘requires an alertness to detail, a quickening of the senses, a focusing of the literary lens, so to speak, until one has magnified some small aspect of what it means to be human.’ We agree.

We were sitting in a wine shop in Capri when Norman came in and told us T. was about to shoot himself. We were startled. Norman said that when T. told him what he was going to do he could think of no reason to dissuade him. “Are you going to do anything about it?” I asked. “No.” He ordered a bottle of wine and sat down to await the sound of the shot.

Mr. Maugham is currently dead and therefore ineligible to win this contest, so send your own little truth along. Enter as many times as you like! Post entries as comments to this posting by midnight, Friday, March 7, 2008. By entering the contest, you agree to allow Inside Higher Ed to re-post and archive your entry at their site, though all rights revert to you.

Entries can be funny, sad, ironic, hip, morose, hopeful, or anything else you want them to be, but they should be both true and True. 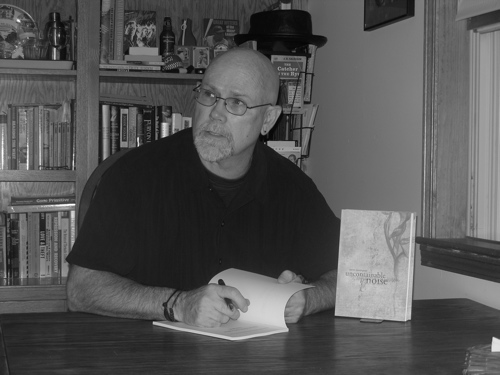 The judge will be Steve Davenport, Creative Nonfiction Editor of Ninth Letter, and Associate Director of the Creative Writing Program at University of Illinois, Urbana-Champaign. Steve’s first book, Uncontainable Noise, won Pavement Saw Press’s Transcontinental Poetry Prize. More importantly, he may be the basis for the character-foil “Rory” in Churm’s dispatches and blog.

Grand Prize is a $100 VISA Gift Card, courtesy of Inside Higher Ed, your online source for news, opinion and jobs for all of higher education, and the proud home of The Education of Oronte Churm.

First Prize is courtesy of McSweeney’s: A $50 gift certificate to the McSweeney’s store, where you can find everything from magazine subscriptions to books to tattoos to the original circus t-shirt.

Second Prize is courtesy of featherproof books, a young indie publisher based in Chicago, which publishes perfect-bound, full-length works of fiction and downloadable mini-books. Get two featherproof novels of your choice and one of their “reusable, rewritable, rarely regrettable” letterTees.

Third Prize (two to be given) is the debut album of Les Chauds Lapins, Parlez-moi d’amour, courtesy of the hot little bunnies themselves.

Winners will be announced at The Education of Oronte Churm the week of March 10th.

Bio for the man behind Oronte Churm:

John Griswold’s short stories, poems, and essays have appeared in journals such as War, Literature & the Arts, Mediphors, Palo Alto Review, and Natural Bridge, which nominated his story “Transcript of a World War I Veteran’s Narrative” for the 2001 Pushcart Prize. A piece on the Midwest will appear in the next issue of Ninth Letter, and an appreciation of poet John Balaban in the next issue of War, Literature & the Arts.

John was born in Saigon, Vietnam, and grew up in Southern Illinois. He served as an Army deep-sea diver, earned a BA in English and philosophy, and worked as a corporate writer for several years. His MFA is from the University of Miami, Coral Gables, and since 2000 he’s taught undergrads creative writing and literature at the University of Illinois, Urbana-Champaign.

His novel, A Democracy of Ghosts, and a collection of essays based on the dispatches are under submission to publishers. He’s currently working on a memoir, tentatively titled How We Become Men.