Around the time I was still being congratulated for landing my first book deal, and for landing it at a big house without an agent, things started to go downhill. 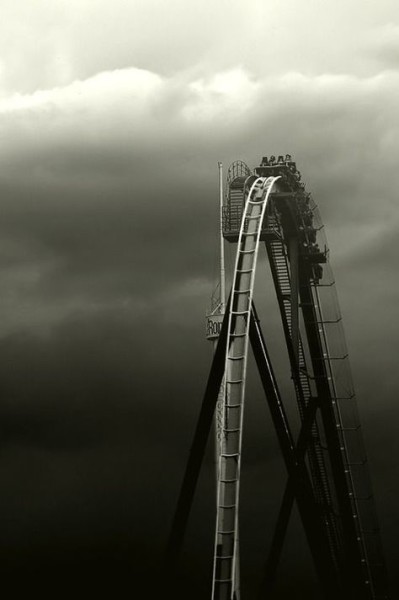 I’d been feeling under the weather ever since I received the edits on my manuscript. I always get a little tender when people strike out favorite passages, or write “NO!” in the margins, but I expected that. I even swallowed down the idea that this editor planned to market my book YA so many of the edits were about dumbing down the language and adding training wheels to the storyline. But what was breaking me was something that, in retrospect, I should’ve spoken up about. The editor had asked me to change the voice of the story, to have the character see the world differently. And for me to do that, every single sentence of the book, and every single action taken by this character would have to change.

I never spoke up. Never defended my position. I didn’t want to be one of those difficult types. I remembered what it felt like to have no book deal, and who was I to complain?

So I was driving my kids to a local amusement park, where they were supposed to sing with their school and then enjoy the rides. It was my first real day coming out of the fetal position. (You think I’m kidding.) And halfway there, I got a call from the editor who asked if I could get these changes to her by the end of the month. I pulled over on the side of the road and just started sobbing with my poor, confused children looking on from the backseat.

A few weeks later, I was on a panel at a conference and had lost so much weight, friends wondered aloud if I had cancer. Against all instincts and without a plan, I had dismantled the entire book and had no idea, and no interest, in how to put it back together. The despair I had felt in trying to get this book published didn’t come close to the feeling of overseeing its destruction. After the conference, I went out for an African-fusion meal with Patry Francis and Tish Cohen. And afterward, we went to a writer’s party, though I wasn’t in the mood.

The last person I wanted to meet was an agent–I was that fed up with the business–but I met one, we got along easily and talked the next day. And over the next several months of working with him, we broke contract with that publishing company as I went to work finding my way back into the novel. I no longer had a book deal, which was scary, to say the least, but I was going to get this book right. Gradually, my body got healthy again, I rediscovered the joy in writing, and I am ever so grateful for that chance meeting!