Just wanted to stop in to say thank you to Steve and Anthony for a fascinating discussion on Zeroville and film. If you read and commented on the interview, thank you. And if you haven’t found the time yet, I hope you do!

Many asked how my book edits are going, and I’m pretty certain I’ll be done before the end of April. It’s been a long time coming, and finally, I can see that it’s been worth the effort. It’s turning out to be a bigger and better book than I envisioned at the start. Besides being holed up, writing, I’ve been reading like a maniac. This past month, I read Cormac McCarthy, Donna Tartt, Harper Lee, F. Scott Fitzgerald, Kenneth Grahame, and Joan Didion. I’m reminded that good writing matters.

My mom recently sent me a great NY Times article that talks about how many of us judge our compatibility with each other based on the books we love. It’s a fun read if you have time to check it out. Sometime, I’m going to run a question about comparing our book collections with our partners’ book collections – remind me! 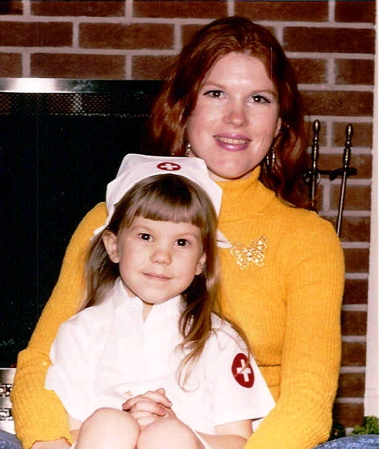 For kicks, here are a couple of recent videos of my kids horsing around at open mic. The first one is Green-Hand doing Clapton. The second one is Green-Hand and Bach-Boy doing Queen. Our pal, Kenny, is playing tambourine on both.

Quickly, I want to mention a story you’ve probably heard in several other places by now. British memoirist, Sebastian Horsley, was on his way to New York to promote his book when he was detained at Newark airport. For several hours, he was questioned about drug use, prostitution, and many of the things chronicled in Dandy in the Underworld, a book the Sunday Times called, “One of the funniest, strangest, and most revolting memoirs ever written.” 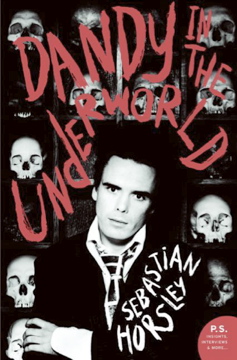 Ultimately, he was denied entry to the U.S. for the reason of “moral turpitude.” Check out the definition and the article over at the NY Times. 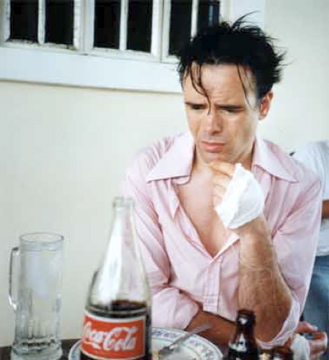 I’m curious to hear what you think about this. For a taste of the book, I like this piece over at NPR’s All Things Considered.

Finally, I want to tell you about a new book by my gloriously nutty pal, Hillary Carlip. And part of the reason I’m posting this here is because this is like a master’s class on how to advertise a book. This is how to tell someone what your book is about in a way that’s quick and makes it impossible to stop thinking about it….

A la Cart: The Secret Lives of Grocery Shoppers.

HERE’S WHAT IT’S ABOUT:

For years Hillary Carlip has been obsessed with collecting found shopping lists. You know, you spot them in an empty cart in the produce aisle, on the street in front of an ethnic market, carelessly left on the ground in a supermarket parking lot.

Every time she discovers an abandoned shopping list Hillary feels as if she’s getting a glimpse into a stranger’s life. From the items they’re buying, the handwriting, the type of paper and pen/pencil/computer used, and even misspellings (Aunt Spray?!), she can’t help but imagine who these people are.

So that’s exactly what she’s done. Not only has she imagined the people whose lists she found, but she was then photographed PORTRAYING them all, in various grocery stores. The book consists of 26 REAL FOUND LISTS, photos of Hillary as each person she thinks the list belonged to, and then short narrative pieces that she’s written about each of them. 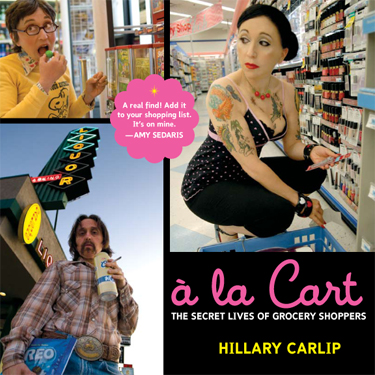 (Yes, those are all Hillary.)

The quote on the front is from the brilliant, best-selling author (amongst so many other things) Amy Sedaris! Her full blurb is:

“I wish I had thought of this idea — I’m so jealous. I don’t know which is better — seeing the actual shopping lists, or seeing Hillary in disguise. This book is a real find. Add it your shopping list. It’s on mine, right under Glue Wands and Greens for Dusty.”

And here’s a special sneak peek tease of a couple more shoppers, and their found lists. This one is Hillary as LLOYD: 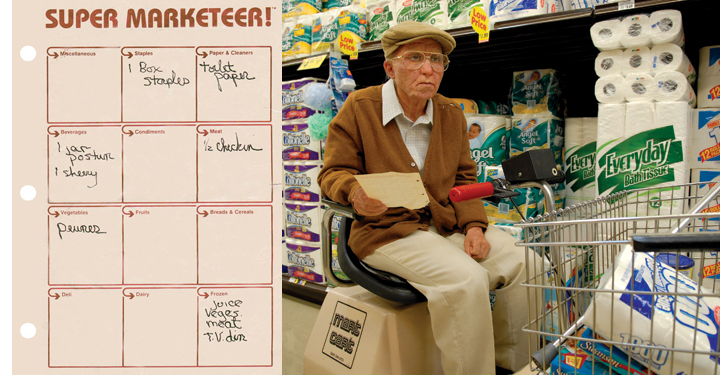 And here she is as Pammy: 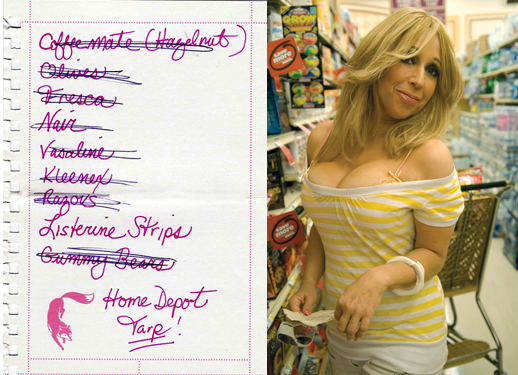 There’s even a short film about the book here: www.alacartthebook.com

I think it’s brilliant advertising we can all learn from. Plus, I am psyched to get my copy of the book!

Okay, I have to get back to work. Thanks so much to my guests this week, Steve Erickson and Anthony Miller. Thanks to all of you who played here, and to everyone who linked: Where’s Travis McGee?, Just Thinking, Lawyer Mama Review, Silliman’s Blog, Diane, A Shaded View on Fashion, Terry Bain, DaniDraws.com – In-depth illustration tutorials, tips, and video demos, The Education of Oronte Churm, The Book Muncher, and A Dancing Star! I appreciate those links!

See you on the other side of these edits!