One of the most fascinating things about the birth stories you shared here was how your arrival (as breech, preemie, extra large, and so on) was somehow a metaphor for your personality or a struggle that continues to this day. I had done this as well, though I didn’t realize it until now. For me, my birth marked the beginning of my lifelong feeling of not measuring up.

I was born at Stanford University Hospital in Palo Alto, California, where my father was finishing his Ph.D. in Computer Science. 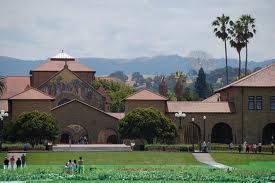 I found a paper written by him a month before I was born. (I know, I’m such a snoop.) It begins: When locating the zeros of a polynomial, it is usually difficult to know just when to terminate the iteration process. It ends: For the complex case it can probably be shown that for some small multiple of the error bound, there is always a machine representable number which satisfies the bound. And in between are pages of weird formulas and proofs; and talk of cluster zeros, algorithms, and roundoff errors.

(By the way, has anyone read the book, Zero: The Biography of a Dangerous Idea? I loved it!)

I remember when I had my learner’s permit, my dad taught me how to shift gears in the Pentagon parking lot. When I mastered second to third, he said, Why don’t you try driving home? I get this weird pain in the back of my neck when I’m terrified, and that was most of the feeling of that drive. Northern Virginia is very hilly, and I happened to catch the light right at the street that turned past Sandy Bullock’s house, and I wasn’t prepared to do the whole clutch thing on such a steep hill.

My dad started giving me calculus problems, or what I thought were calculus problems, to determine the ratio of pressing on the gas to depressing the clutch. Naturally, I stalled out. He was so mortified by the honking and the long line of cars behind me that he kept shouting math formulas, hoping I’d hurry up and get it. I don’t remember if I took the key out of the ignition or put the car in park or what, but somehow I let him know that I quit, and that I could take the embarrassment more than he could. I would never be as smart as he was, but damnit, I could be more stubborn. 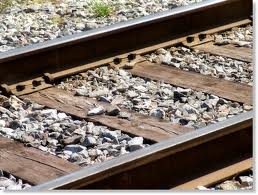 Right now, the train is going by my house and the bed (where I’m typing this on my laptop) is shaking. And in the stairwell, where all the plays and movies Mr. Henderson worked on are hanging on the wall, all of the frames are tilting a little more.

This has nothing at all to do with being born.

But the train did make me lose my thought so that I had to go back to see what I’d written. And what I noticed is how my own story of my birth, an event I have no memory of, sounds nothing at all like my mother’s story of my birth. Ask a mother about giving birth to her children, and the story gets very physical. 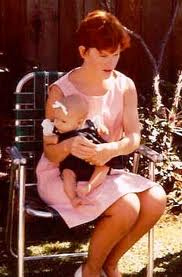 I asked her just the other day if she’d tell me the story, and mostly what she remembered was what a welcome departure it was from giving birth to my older brother on a military base. Where my story featured a kind doctor and an epidural, my brother’s birth was mixed with shame and intimidation.

…their rule was that if you gained more than 5 pounds in any one month (monthly weigh-ins with them) you would be immediately hospitalized and fed only water and saltines. Because of this I alternately gorged and fasted. I would gorge, naturally, immediately after being weighed, and kept that up for several days, than I would gradually slow down on eating and stop eating altogether just before the next weigh-in. So every time I was weighed I was severely dehydrated and shaky. It was a miserable game.

…They made me lie in what seemed to me like an adult crib with really high rails. I had to stay on my back “for the safety of the baby.” This caused Vena Cava syndrome, which means you pass out from the weight of your own belly pressing on the vena cava, the big blood vessel which returns the blood to the heart and brain. Therefore, I would immediately become sick and faint and the nurses would shout at me for trying to sit up. Daddy (who bought this whole thing and thought I was only sitting up to be contrary), would keep yelling at me to lie back down.

Maybe that kind doctor and epidural over at Stanford’s hospital was what allowed my mother’s memory to move so quickly to her tradition of taping a bow to my bald head, just as her mother had done to her. 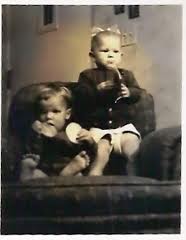 I don’t think she thought even once that I didn’t measure up. From the start, she saw someone cute and full of promise. I love that her memory of my birth has so much to do with that bow.

In the spirit of paying it forward, I want to quickly make you aware of a remarkable young woman who is running a marathon to raise money for leukemia research. Click here to read about her campaign or make a donation. The marathon is sponsored by the Leukemia and Lymphoma Society, which gives you plenty of information about how to become a registered donor by giving a swab of your DNA. Thank you for clicking on those links and seeing if any of this is a good fit for you.

Thank you to everyone who played here and to my brave and talented guest, Xujun Eberlein. Also, thank you to those who linked to LitPark this month: Jim Emerson’s Scanners, The Doubleday Publishing Group, The Red Room, Wordswimmer, Oconomowoc’s Most Famous Former Drag Queen, Pub Buzz, The Horsehair Couch, Robin Slick’s In Her Own Write, Novelist in Paradise, Steve Erickson, The Education of Oronte Churm, Ass Backwords, Myfanwy Collins, Pasha Malla, Wish It Were Fiction, Ovations, M.J. Rose’s Buzz, Balls, and Hype, and Katie Alender. I appreciate those links!

I’ll close out with a video of my sixth grader playing keys last weekend at a Doors tribute concert. The 46664 on his t-shirt, by the way, is Nelson Mandela’s prison number:

See you first Monday of next month!