I know I don’t normally post until the first Monday, but I’m running a two-part interview, so you get an extra question this month: Tell me about the most pathetic Halloween you can remember. The time you got stood up. The costume gone wrong. The terrible thing that was dropped into your trick-or-treat bag.

For those of you who don’t live in the U.S., feel free to tell any story involving a costume or a local holiday. I don’t want anyone here to feel left out. 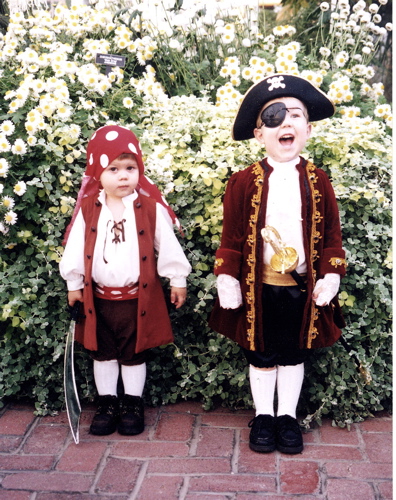 Some of you have seen this photo before because I once told a story about those swords. It’s my kiddos in the costumes Mr. Henderson designed and sewed. Helps very much to be married to a costume designer this time of year.

Wednesday, you get to meet one of my favorite people on the planet: my agent.

Dan Conaway is a literary agent with Writers House. Before that, he was Executive Editor at both Putnam and HarperCollins, not to mention the former anonymous blogger of BookAngst 101, Mad Max Perkins. 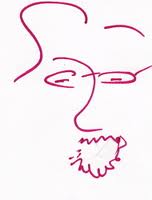 About a year and a half ago, I went to a party with my writer-friends, Tish, Patry, and Bella. One of them saw Dan there and told me, “I have to introduce you to this guy. He’s great.” And he was. In seconds, I was laughing and totally charmed by his fiestiness and his swearing. And then he mentioned that he was a literary agent, and I thought, “Yuck. You’re kidding me.”

Those of you who know me well know I have a tendency to think out loud. And soon I told Dan my thoughts about literary agents (ineffective, unduly intimidating, and lacking in any real care or understanding of the writer’s plight). And I told him of my plan to use my own contacts to publish my novel without any middlemen.

But the truth? I was almost ten pounds underweight from the stress of trying to publish my novel without any help. More specifically, I had barely pulled myself out of the fetal position to go to that party because, just weeks before, I’d received some extensive advice on my book from an editor – advice that didn’t suit me or the book’s characters. And afraid to speak up, sure that the editor knew better than I did, I had managed to destroy my book.

For weeks, I stared at the pages of the ruined book, just feeling numb – with no idea how to salvage it, and no more desire to write.

Six months later, I signed with Dan, and it was like being scraped off of the street and given I.V. fluids. He helped me find my way back into the novel, absolutely demanded that I trust my instincts over his. Things that were long lost began to reappear: confidence, laughter, the joy of writing and pushing myself beyond where I thought I could go. I left all the business stuff to him and focused on writing the best book I could.

He has been a life-changer. He is my number one advocate. And I’m happy for you meet him over the next two weeks as he answers the questions all of you helped to create. Be sure to stop by on Wednesday (this one and next) and join the conversation. It’s an important one! 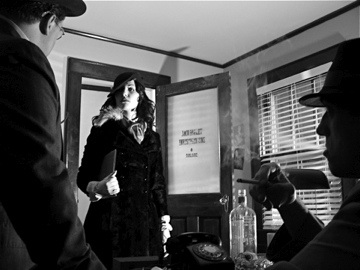