Sometimes, in the midst of revising my novel, I was consumed with the terror of uncertainty. If I made this one big change to the text, would I be able to handle its ripple effect throughout the book? Would I ever get this right? Was this even a story worth telling? And I crawled deeper and deeper into what friends call my “writer’s cave,” sometimes so focused or in such a funk that I’d forget daylight. 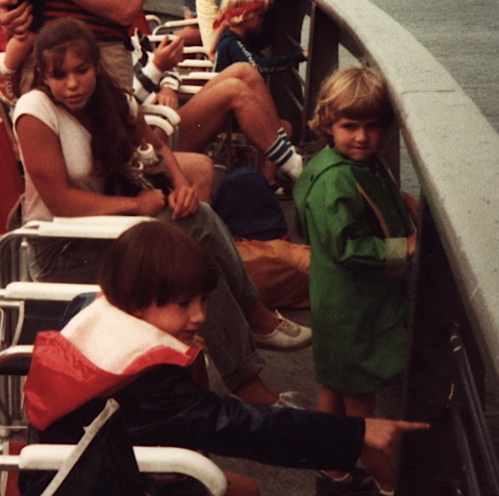 I used to babysit every single day, for years and years, for a little girl who had a brain tumor – from age four when her parents first noticed the weird way her eyes would twitch and cross and how she’d bump into the door frame rather than walking cleanly through, to the surgeries and the horrible things that happen when you take away pieces of a person’s brain, to bike lessons and swim lessons and special schools and vacations (like the one in the picture; that’s me holding the baby bottles).

This is about a family who had every right to be stressed and focused soley on that tumor – killing it and saving the girl.

But that’s not how they did it. In this family that shouldn’t have had time for me or for each other, they read my dumb poems and stories, watched the skits and fake-Olympics I helped the three kids put on, listened to bad knock-knock jokes, and tolerated Vanilla Ice dance-offs. They always made sure there was enough food so I could stay for dinner. And one winter, in the middle of the worst of it, their father taught me to waltz. 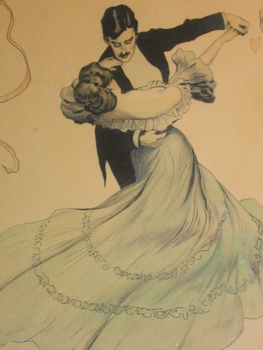 The lesson I learned? There’s time. Time, even in the midst of a crisis, to give attention and show love. And there’s room for joy. There had better be. Or the cancer and wars and other things that are out of our control win it all.

So, for those of you in the throes of anxiety and uncertainty, know this: First of all, your story matters or you wouldn’t be fighting against such odds to tell it. Keep writing, a little every day, and you’ll get there. But also remember to let in the sunlight, walk with a friend, hold the ones you love, watch those crocuses come up, and dance. Because now matters, too.

What I read this month: Chris Adrian, THE CHILDREN’S HOSPITAL (God floods the world again and the only survivors are inside a floating children’s hospital. The first 300 pages are some of the best pages I’ve ever read – quirky, profound, emotional, and the brother, Calvin, who is dead before the book begins, is one of my favorite characters ever. But something too magical for my taste happens in the middle of the book, including a wedding I didn’t care for, and for me, the book never quite recovers its magnificence after that. I’m going to recommend it all the same. Uneven or not, it lit me up from the inside in a way few books do.)

What I read to my boys: We did that thing I hate where we start too many books at once and kind of ruin the momentum of all of them, so the only finished book was John Masefield’s THE MIDNIGHT FOLK (The boys found it fascinating in that great and creepy Neil Gaiman-y way, but slow because of the 1920’s British writing). And I also read them a whole bunch of little-kid picture books because I’m their mom and they still go along with what I say, even though they groan about it now. So: Jacques Duquennoy, THE GHOSTS’ TRIP TO LOCH NESS; Robert Bright, GEORGIE; Mark Teague, THE SECRET SHORTCUT; and Leo Lionni, FREDERICK MOUSE.

Thanks to everyone who played here, and to my guest, Lac Su, for giving such an honest and emotionally powerful interview. And thanks to all of you who are here, making this community one I’m proud to be a part of. See you soon with a new question and a new guest!