Last month, I wrote a guest column for Chuck Sambuchino’s Guide to Literary Agents blog. My column was called, At What Point Can You Call Yourself a Writer? and it sparked a conversation I wanted to bring back to LitPark. So today I’ve brought Chuck here take a crack at answering that same question, and I hope all of you will chime in with your own thoughts.

Thanks, and here’s Chuck! 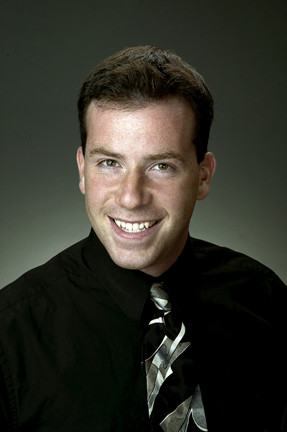 When Can You Call Yourself a Writer?

This is an important question in every writer’s life. At what moment in time can you actually refer to yourself as a writer? But even the very question itself is deceiving. It’s deceiving because there are actually two questions here. The first is: When can you look in the mirror and call yourself a writer? The second is: When can you call yourself a writer in front of several complete strangers at a party?

When Can You Call Yourself a Writer in Private?

Now. Absolutely right now. Tell yourself in the mirror before you brush your teeth then again when you’re driving home from work. Say it so many times you get exasperated looks from your spouse. Heck, get business cards printed, too. I remember reading somewhere that Robert De Niro will sometimes repeat his lines dozens of times before filming a scene, in an effort to make himself fully believe what he’s saying. That’s your goal: Say it, then say it again until you believe it.

When you call yourself a writer, it drives home the fact that this is real. It’s serious. We’re no longer talking about some vague ambition. You’re a professional writer who is going to produce content, be that novels or nonfiction books or articles or whatever. Go ahead and say it right now: “I am a writer.”

When Can You Call Yourself a Writer in Public?

Well now. This is a different matter altogether. I remember the first time I called myself a writer in public. I was 21. I was still in school, and my only writing credits up to that point were campus news articles and getting a few plays produced. But at that point in my life, I knew I would be a writer. My sister and I were in a mechanic’s garage listening to some guy explain everything that was wrong with the family car. When the mechanic asked me what I did, I replied, “I’m a writer.” My sister immediately snickered at the remark and even said, “…Nice.” That was my first taste of how people react when I said my occupation out loud.

I can boil it down to this: You should not say, in public, that you’re a writer until you are fully prepared to answer the question that will boomerang back you 10 times out of 10—and that question is: What do you write? I don’t care if you are at a book party in Manhattan or a hole-in-the-wall bar in the Yukon. When you say you are a writer, they will always—always—ask “What do you write?” and then when you answer, they will follow that up with “Anything I might have read?”

The most important thing to remember when answering this question is to respond quickly and concisely. Even if your credits are insignificant, if you answer with clarity and speed, it conveys confidence.  Try this:

“Articles, mostly. Working on a novel.”

“Just some stuff for some online websites. Nothing major, but I’m working on it.”

It isn’t impressive, but it’s confident. The writer is in control. It comes off poorly when, upon being asked what they write, a writer stammers incoherently, then answers the question by basically saying “I’m not really sure yet, and to tell you the truth, I may just have no clue altogether! Hahaha!” So if you don’t feel like you can confidently answer the question, or are embarrassed to say aloud that you haven’t been published, think twice before mentioning your writerly aspirations at a soiree.

The constant to both questions I raise here is confidence.  Tell yourself repeatedly that you’re a writer to build up confidence and raise the stakes. Then, upon stating your occupation at a mechanic’s garage or a Hollywood mansion, answer people’s questions with confidence and come off like a professional.

(This column is a supplement to Susan Henderson’s guest column on Chuck’s blog addressing this same topic: At what point can you call yourself a writer?)

Chuck Sambuchino is an editor and a writer. He works for Writer’s Digest Books and edits GUIDE TO LITERARY AGENTS (guidetoliteraryagents.com/blog) as well as CHILDREN’S WRITER’S & ILLUSTRATOR’S MARKET. 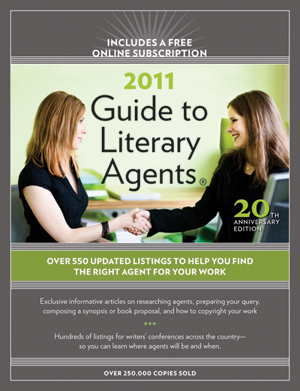 His humor book, HOW TO SURVIVE A GARDEN GNOME ATTACK (gnomeattack.com), was released in Sept. 2010 and has been featured by Reader’s Digest, AOL News, and The Huffington Post. 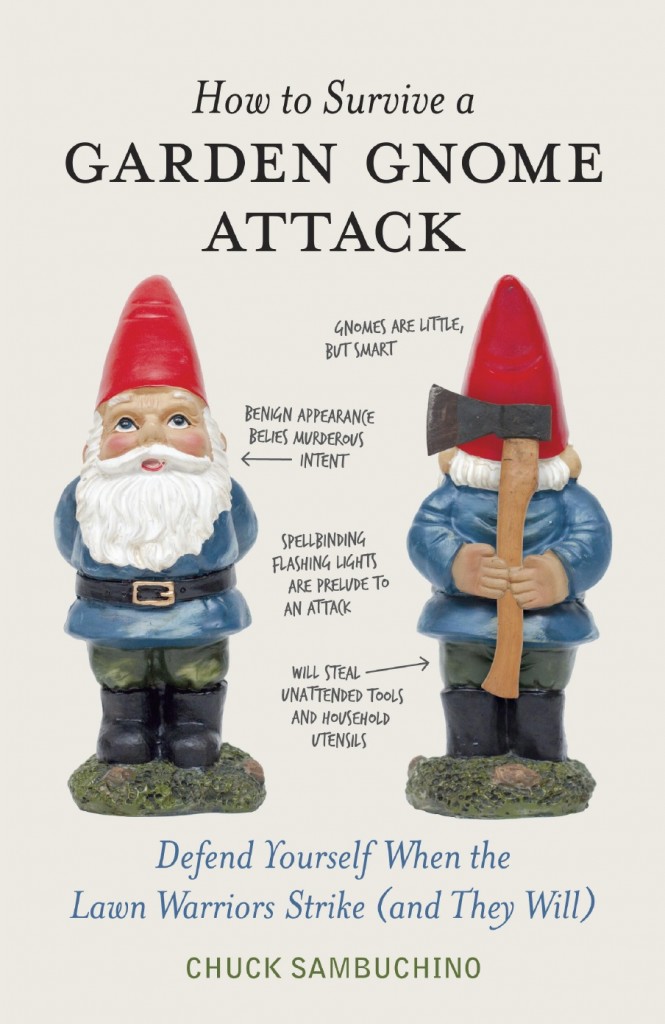 Besides that, he is a produced playwright, magazine freelancer, husband, cover band guitarist, chocolate chip cookie fiend, and owner of a flabby-yet-lovable dog named Graham.