What is the urgent thing you need to say that’s at the core of the story you’re currently writing? 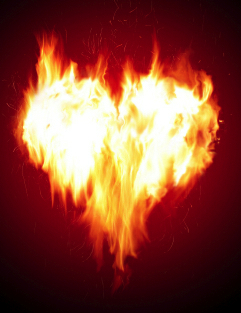 You don’t have to answer here, but see if you can distill the idea into a single sentence. And then read that sentence every time you sit down to write.

In March, I took a trip to San Diego to speak at Writers, Ink, and later at Amy Wallen’s Savory Salon, both fabulous experiences for writers. One of those talks turned out to be surprisingly emotional, and the tears had to do with the idea of this urgency at the core of our work.

You know I like to keep my posts short, but it’s going to take more words than usual to tell this story right, so get yourself a cup of coffee, and stay a while. I think this trip helped to clarify a lot of the anxiety and sorrow and desperation that many of us have experienced as we’ve workshopped our stories and submitted them for publication, and I’d like to hear your thoughts. 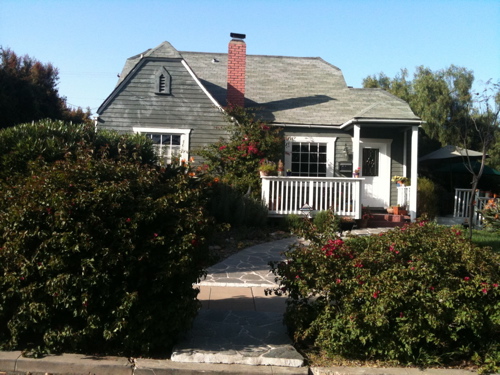 Have your coffee now? Good!

So I land in beautiful San Diego with all of its color and Craftsman architecture, and I’m so glad to see my friend, Amy, who will be interviewing me at SDwink as well as hosting the Savory Salon at her house. We spend the afternoon walking around her town and end up at her friend, Carolyn’s, who makes us kumquat mojitos. 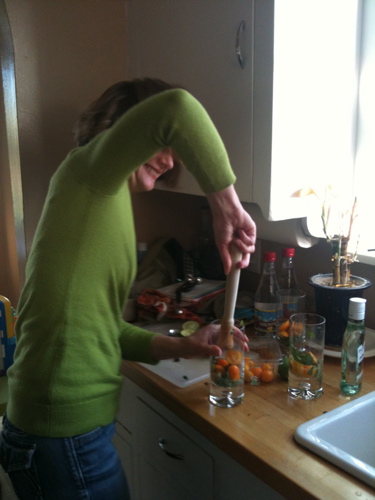 I never had a kumquat before this trip, but now I’m obsessed with them, especially when they’re soaked in rum. 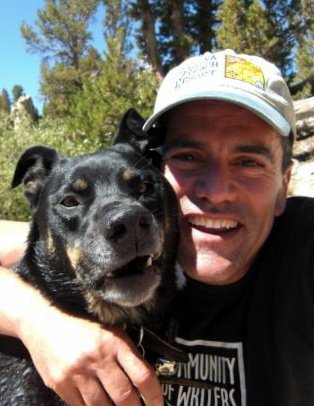 Okay, so that night, we go out for phở with Frank DiPalermo, and then I stay at Frank’s house and fall asleep with his dog, who’s usually not allowed on the bed. I wake up to a full breakfast—scrambled eggs with onions and sundried tomatoes, and we spend the day at the zoo. I threw my back out right before the trip so this is like the geriatric version of hitting the zoo, but wonderful catching up with each other and talking about the books we’re writing.

In the evening, we head to San Diego Writers, Ink, where I’m surprised and so glad to see my friend, Shauna McKenna, as well as folks I’ve known for a long while but have never met in person—Richard Cooper, Bonnie ZoBell, Andy Roe, and Heather Fowler (both pictured below). 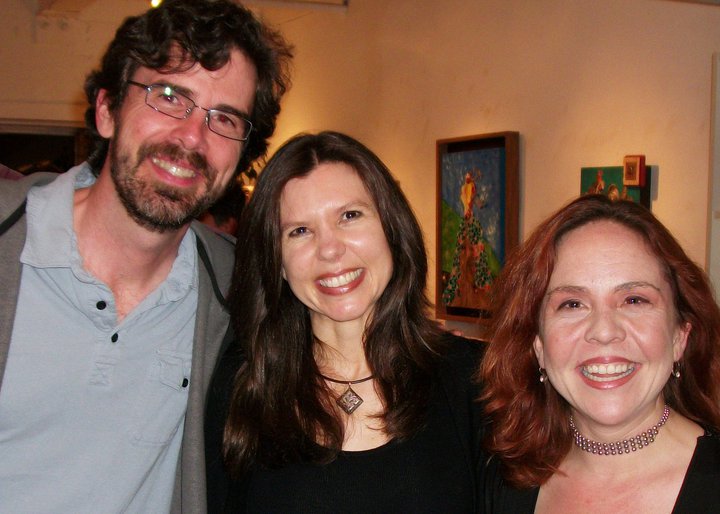 We get started, and Amy begins by asking me to tell the story of getting my book published. Regulars of LitPark know it was a long and winding road full of rejection letters and waiting and editing temper tantrums, and I worried, as I was telling the story, that I’d totally killed the audience. Strangely, many were inspired by the very story I consider so embarrassing and depressing. 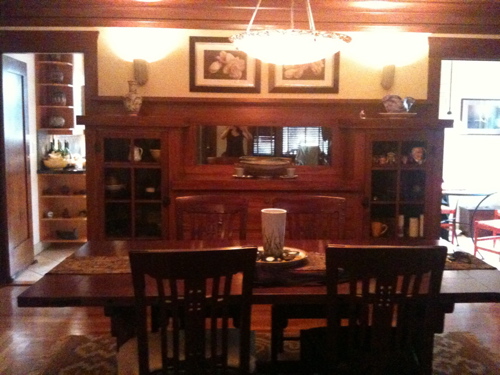 The next morning, Frank cooks the most fabulous French toast in the world, and then we head to Amy’s for what we don’t know yet will become a 10-hour literary salon with many, many tears and so much nurturing. 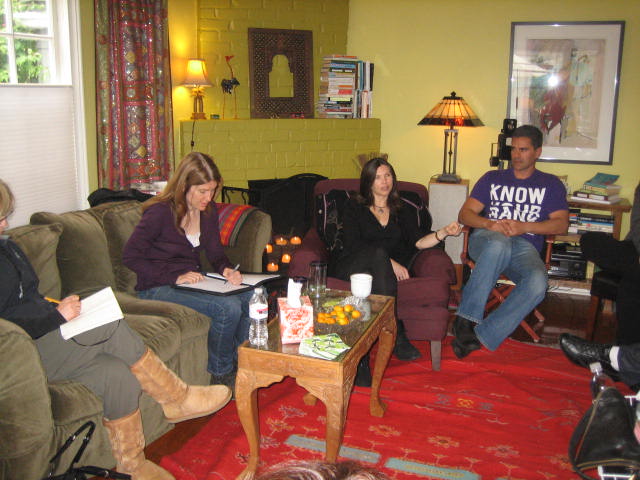 We go around the room for introductions—folks say what they’re are working on, where they are in the process, what other workshops they’ve participated in—and right away I hear the hurt and the frustration that was so much a part of my own process. So when Amy asks me if I’ll re-tell my publishing story, I tell something very different than the night before, something much closer to the vest, a grief I was only beginning to be able to put into words. 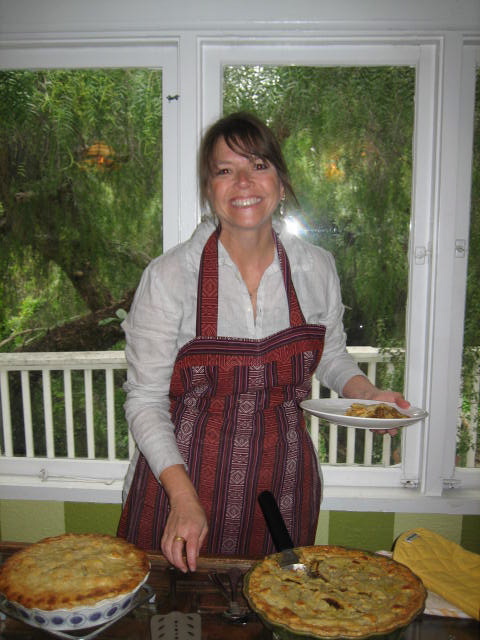 All the while, I should add, Amy is guiding our discussion and serving the pies she baked. There is a Lemon Shaker Pie with a Whole Wheat Crust; Chicken Pot Pie with Thyme Cream Sauce and Lemon Crust; mini Orange & Lime Cream Pies with Macadamia Crusts; and my favorite, the greatest thing I’ve ever eaten in my life, a Persian Beef Stew Pie with Eggplant, Lime, and a Seedy Lavosh Crust. (Amy, can you send the recipe… or maybe just move in?) 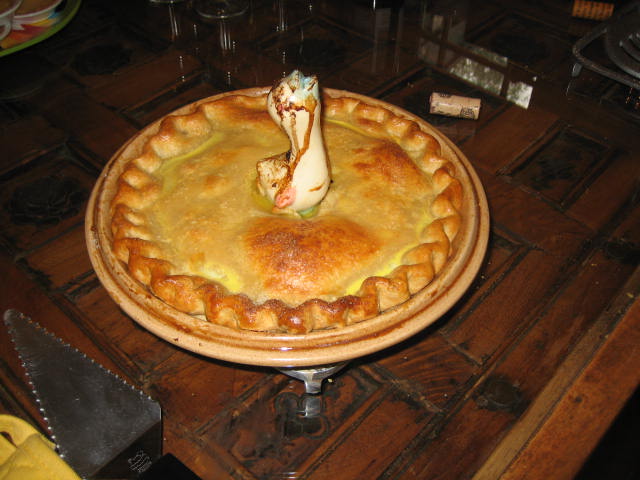 But back to the grief. It’s not the one I expected—not the wear and tear of trying to get a foothold in this business. It has to do with that initial and urgent impulse to write and finding how far our work has slipped away from it.

So I tell my publishing story with much less emphasis on the business side of things and much more on the actual process of writing. Maybe this story will feel familiar to you. 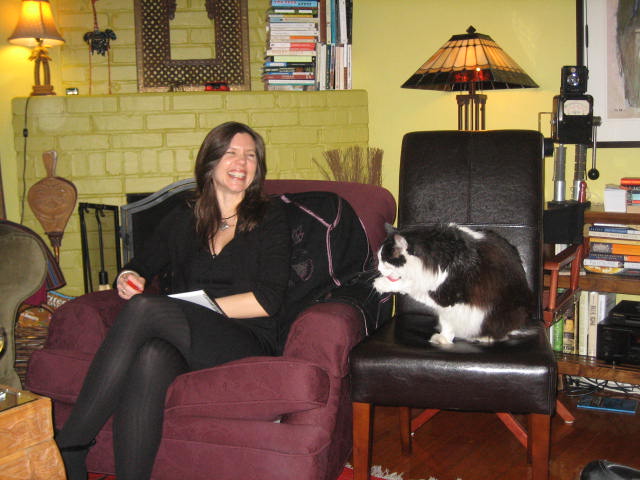 It begins with something that haunts you, taps at you from the inside, or simply won’t let go of your subconscious. For some it’s the memory of a specific event, for others it’s a build-up of many events or simply a strong feeling with no particular sense of why it’s there. But this is the place where your urge to write comes from—that place inside of you that cracked, or nearly cracked, that place that is at the root of your fears and vulnerabilities, but also your compassion and wisdom. 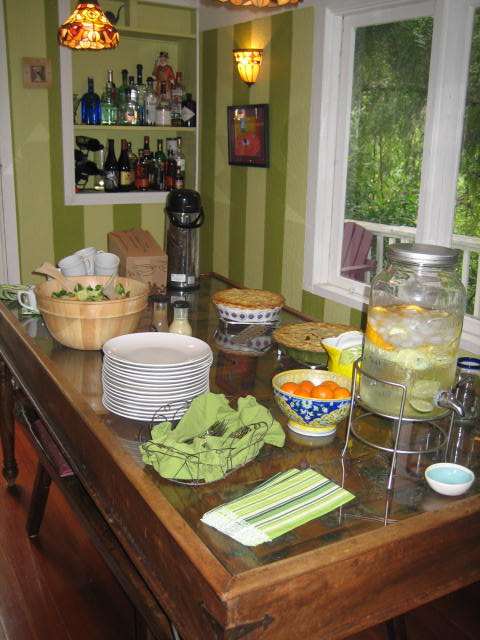 Fast forward through several drafts, and we feel our poem or story or novel now has a shape to it and speaks to something we’ve needed to say, and so we take it to a workshop for feedback. And here is where the tears flow, talking about what happens when we invite others to critique our work… and it’s not what you think because none of us are delicate flowers who get defensive about tough feedback or believe our work can’t substantially improve. 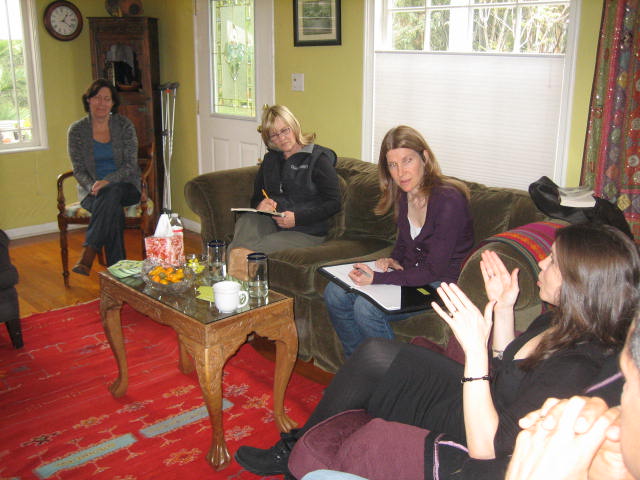 So we form a critique group, whether it’s online or in real life, whether it’s with people we know or strangers we paid to be in the company of; and we pass them this story that we’ve edited and re-edited. And, of course we know there is much work to do on this draft, but something begins to happen as we receive all the marked-up copies of our work, all the ways it’s not right, not dramatic enough, too lazy-paced, how it doesn’t begin with enough of a bang, and how this part has too much internal monologue, and how you can cut this other part entirely and really speed up the scene. 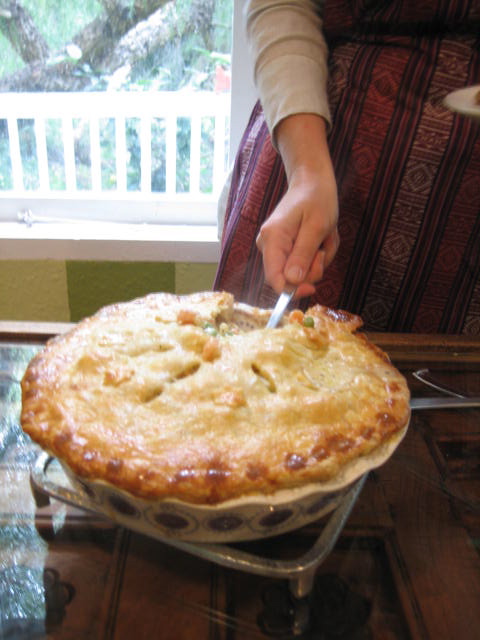 We start fiddling—cutting, moving scenes, adding action, changing points-of-view and so on—because, well, because many of these comments are on the mark, and also because we feel like stupid failures and because we suck and no wonder we’ve never made it.

We turn in a next draft to this critique group, and we’re told it’s much improved—it’s more groomed, faster paced, a much tighter and more exciting read. Except…

Something doesn’t feel right in the gut. We can’t place the feeling, not at first, sometimes not for a very long time about why this groomed, faster-paced, more exciting thing doesn’t interest us anymore. Or why we wake up in the morning and can’t make ourselves write. We numbly move sentences around or maybe we don’t get out of bed at all. And what the hell happened? 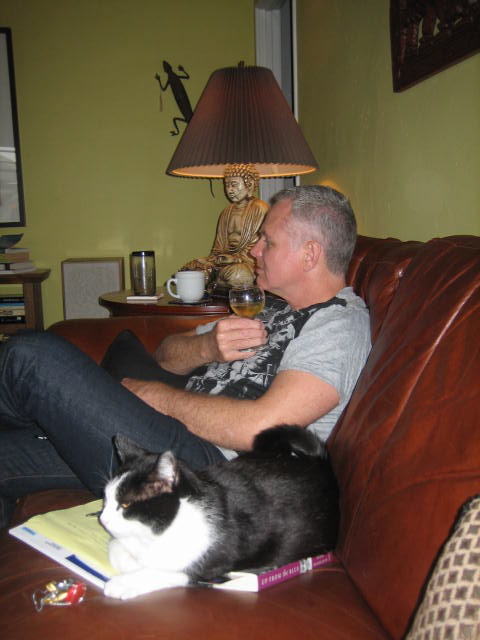 What happened to the story we were so obsessed about? How could it be so much better, and with input from successful and famous people, no less, and yet we’ve completely lost interest?

And then we make the terrible discovery: we’ve edited out the story’s beating heart. That urgent thing that made us need to write it in the first place, that thing that was so present in our messy first drafts, is gone. And this is what we talked about, and cried about. What was that urgent thing we had to say, and how do we find it again? 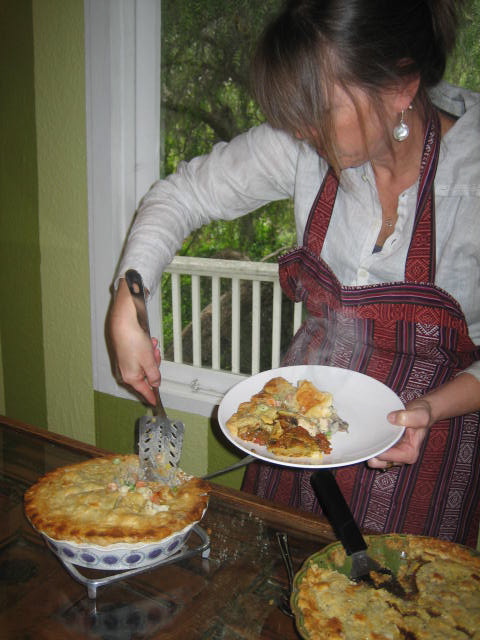 And maybe the answer has to do with what Amy taught us—to have a day built around comfort and nurturing and pie. I’m honestly not sure how she did it, but I think most of us left transformed, and I hope all of you sign up for one of her salons and experience the magic. (Amy’s story of our Savory Salon is here.) 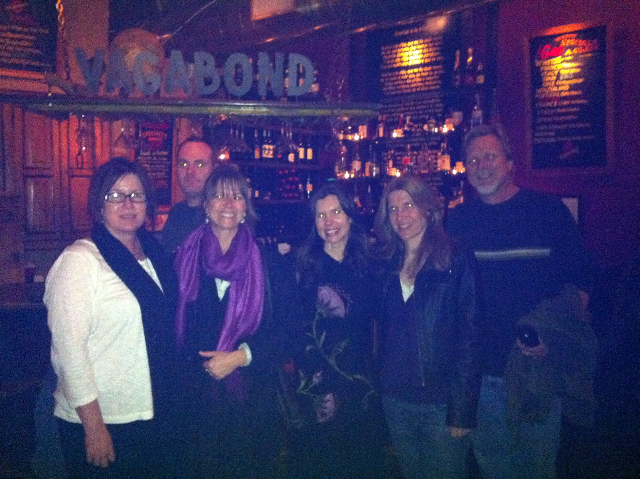 A number of us went out afterwards and spouses came along. I was literatured-out (can you tell from that special look in my eyes?), so Amy’s significant other, Eber, and I talked a lot about football and music. And here’s a tip, if anyone gets the bright idea of asking the entire table to go around and tell a story about your best and worst job ever, I will always win the worst job contest, and no one will really feel like eating after I tell it.

A few announcements: UP FROM THE BLUE launches in the UK this month. And I’ll be on a panel with both my agent and my editor at the Backspace Conference on May 27th.  I also have a number of links to share… here’s video from the BookMania conference (click on the link called “FIVE @ 4: The Grand Finale” to see my panel discussion with authors Elizabeth Berg, Joyce Maynard, Martha McPhee, and Michael Morris); Rosie O’Donnell’s blog talks about my appearance on Rosie Radio; I did a Rhode Island radio show called Reading with Robin with Robin Kall on 920 WHJJ; the San Francisco Book Review had some very kind words about my book, as did the book blogger at More Than It Seems; I have a small piece over at The Laughing Yeti, where Shome Dasgupta is compiling quite a collection of reading experiences; and someone brought this very old slide show on NPR to my attention.

In other news, Mr. H is busy designing the set for Oscar Wilde’s THE IMPORTANCE OF BEING EARNEST and just signed on to do sets for CAROUSEL; and last month he and his students (he’s Chair of the Drama Department at his university) played some Vietnam era songs for the vets. The boys and I volunteered at TEDxTeen, and here’s some of the music they’ve been involved with: My 9th grader and the other School of Rock All-Stars played Pink Floyd’s THE WALL in its entirety at B.B. King’s in Times Square; my 8th grader did a workshop and got to play the song “Welcome Home” with Travis Stever, the guitarist for Coheed & Cambria; and the boys and I are in this School of Rock ad (my 9th grader is playing keys on the soundtrack, which he recorded in studio with Rocky Gallo and Dave Tozer).

That’s it for May. Looking forward to your comments!