In 2009, I went the Community of Writers at Squaw Valley to see if I could get unstuck with the novel I was writing. What a gift it was to meet Jennifer Haupt there! She was on her own quest, and we bonded right away over our love of literature, our broken spirits, and our struggle to create a story from traumatic material.

In the Shadow of 10,000 Hills , her profoundly moving novel, out this month, takes readers on a journey that spans from the turmoil of Civil Rights Era Atlanta to an orphanage in Rwanda born of unspeakable tragedy. In this hopeful story that transcends race and cultural differences, Jennifer Haupt guides both the survivors and readers toward the courage to believe in love again. An important story reminding us that when a crime is unforgivable, only grace will do.

I asked Jen if she’d write a letter to you because she is full of wisdom and heart. I had no idea she was going to give you something so beautiful as this. Enjoy! 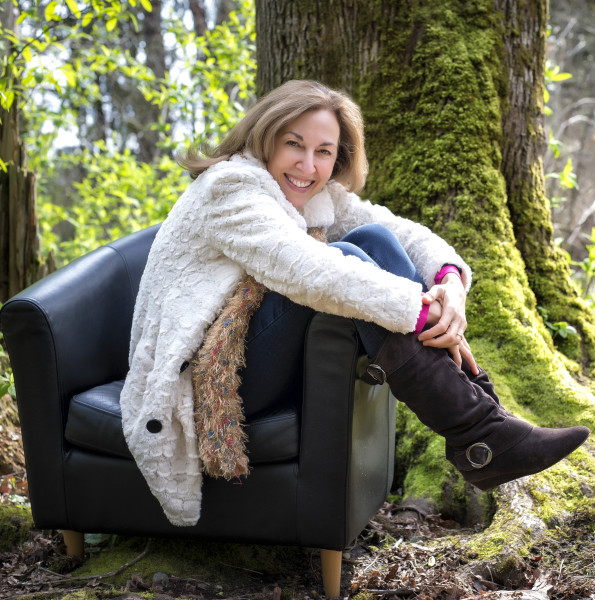 Every author dreads hearing these words from their agent or editor or mean little voice in their head: “Well, that’s the end of the road. Time to put this novel to rest and start writing something new.”

I heard these words from my then-agent, seven years ago after the novel I had been working on for three years was rejected by, as I recall in my memory warped by time, every editor in the universe and their mother. I cried every day for at least a month, my soul ached for much longer. I was ashamed. I was embarrassed. I was grieving.

(Spoiler alert!) Thankfully, there’s a happy ending to this story: That novel became In the Shadow of 10,000 Hills, which was finally — finally!! — published this week after 11 years of work. 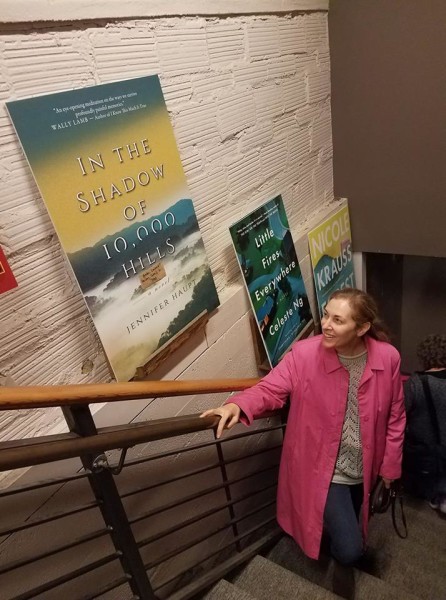 No wait, I just lied. Yes, it’s been 11 years since I first started writing this book but I did put it aside several times. That first time was not my choice, and it was extremely painful. The second time, the time I really want to tell you about, was my choice. I want to spare you some of the pain, self-doubt and humiliation I heaped on myself that first time, before I found my footing on a new path (and a new agent!) because these are the tools that resistance uses to keep us all from writing.

I want you to write and be happy. That’s why I’m sharing some strategies I gleaned over the past 11 years for how to stop writing — at least for a little while. Here are six tips for putting your WIP aside, without declaring it RIP:

This is a variation of advice I received from our very own Susan Henderson when we met at the Squaw Valley Writers Conference, a month after my agent told me to bury my novel. I shared my secret shame with this lovely woman, and she told me her debut novel recently sold after years of turmoil. She told me she had to fight for her novel, including sending it to editors wrapped in colored tissue paper, scattered with gold stars. (This may not be exactly correct but it’s how I remember it.) Susan, along with other writers I met that week who had their own stories of perseverance, inspired me not to give up.

I went home with a renewed commitment to deepening my characters and their plot lines. Long-story-short: After another three years, I sent my novel to three agents. One took me on as a client and sent my novel to a handful of editors.  All of them had nice things to say, but none offered a publishing contract.

This time, it was my choice to put aside my novel, and I did it with love. I printed out my manuscript, wrapped it in yellow tissue paper (because sunflowers were my spirit flower for this novel), and lovingly placed it in a drawer of my desk. (Not the bottom drawer, that seemed a little cliché.) I didn’t know exactly when I’d unwrap those pages again, but I knew I would not forget it was there. You may actually buy whatever color tissue paper speaks to you and your WIP!

Tip #2: Don’t forget about your WIP — even while it’s in the drawer.

You’re probably wondering about those gold stars from tip one. Here’s what I did with mine: I put them in a sea-green glass jar, along with a note that said, simply: Don’t Give Up. I kept that jar on my fiction alter, a small table next to the chair I like to sit in (and nap in) while working on a novel.

I didn’t want to give up, to lose the characters and world I had spent six years lovingly creating even though my novel was still flawed and I had no idea how to fix it. This helped ward off the grief I had experienced when I hit the end of the road three years earlier; I knew my WIP was still alive and well. We just needed some time apart.

Remember this: it’s not cheating on your WIP to write that essay you’ve been mulling over, taking painting lessons, weed the front garden and plant spring flowers… all of the things you haven’t had time for because, let’s face it, WIPs can be high-maintenance and jealous of the time you spend away from them.

The thing I learned, while my WIP was slumbering in yellow tissue paper and stars is that waking up other passions, broadening my creativity, was actually good for my WIP! I spent a few months cooking, gardening, taking longer walks in the woods, reading — lots of reading! — and when I re-entered novel-land I had more to bring to the pages.

This tip is closely related to the last one. Do what you love, and the story will follow. (I give no guarantees about the money!)

In retrospect, I was so very mean to myself the first time I put aside my WIP. It’s impossible to be compassionate with your characters, or real folks for that matter, when you aren’t practicing self-compassion. So, don’t beat yourself up for taking a break from your WIP — sometimes, that’s the best thing you can do for yourself and your book.

Sorry, but I’m afraid you aren’t going to become a better writer without, well, actually writing. The good news is that putting aside your WIP leaves more time for studying the work of authors you admire. I’ve taken a lot of workshops over the past  11 years, and I truly believe the most effective way I’ve upped my skills is studying the books I love reading. I underline passages I wish I had written, and then I copy them into a notebook and rewrite them using my own words. Most of these passages make it into whatever WIP I’m working on.

I actually kept my first novel wrapped in yellow tissue paper for two years and wrote a completely new novel, instead of carving up my poor first novel yet another time. I set 50 pages at a time to a consulting editor who worked part-time at a major publishing house, had launched a successful literary magazine, and was the author of a bestselling novel. I also took workshops at Hugo House in Seattle, I read a lot (again)… I invested in what I wanted to be my career.

One thing that keeps writers from putting aside their beloved WIP is the fear that it will, in fact, wind up being the end of the road — and with good reason! Setting a begin-again date, even if it seems arbitrary, helps to soothe that worry. Although, the truth is, your gut will tell you when you’re ready to re-enter novel-land.

My gut told me, after I spent two years writing my second novel, that the book I really wanted to be my debut was wrapped in yellow tissue paper. I felt absolutely no sense of failure wrapping novel #2 in lavender tissue paper. My begin-again date was one year. I knew it would take me that long to not just revise, but restructure my first novel. (Restructuring… that’s another story for another time!)

So there you have it, permission to set aside your WIP. I’m quite certain that’s a huge relief for some of you! For others, I hope it’s a safety net. When you begin to feel your book is a burden instead of a joy, give yourself permission to set it aside — without burying it for good.

Jennifer Haupt went to Rwanda as a journalist in 2006, twelve years after the genocide that wiped out over one million people, to explore the connections between forgiveness and grief. She spent a month interviewing survivors and humanitarian aid workers, and returned to Seattle with something unexpected: the bones of a novel. Haupt’s essays and articles have been published in O, The Oprah Magazine, The Rumpus, Spirituality & Health, Psychology Today, Travel & Leisure, The Sun and many other publications. In the Shadow of 10,000 Hills is her first novel.