How’s this for warning? A day and a half ago, Bach-Boy finds out he’s been chosen to sing the National Anthem (along with 10 others) at the next Islanders game. (That’s hockey, Aurelio.) Luckily, we’re free Saturday night. Bach-Boy is psyched about being picked, then asks, “Which one’s the national anthem?” Guess we’re winging it. 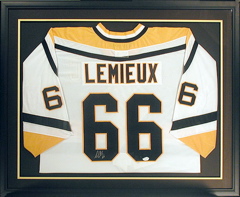 If you happen to be at the game, look for me in the Pittsburgh Pens jersey and combat boots.

In other news, Wayne Yang has interviewed me over at his Eight Diagrams. This is Part 2 of an interview that began with, you guessed it, Part 1.

What a cool week, and I’m referring all the way back to last weekend’s riot that threatened to move from playful sand throwing to some serious whacking with shovels! I know it started off as a conversation (I’m using the term loosely) regarding the still emotionally-charged James Frey controversey, but by the end of it, as the conversation turned toward the true passion (okay, one could say rage) of those who commented, a few things were real clear:

-You don’t like people telling you what you ought to read!

-You don’t like people telling you what you ought to write!

I was reminded of people who fight over music. Think about a passionate opera fan and a passionate blues fan trying to tell each other why their music is better. There’s passion and loud voices all over the place, but it doesn’t change anyone’s taste. You’re just drawn to some things and not others. (I’m more in that opera camp, by the way.) 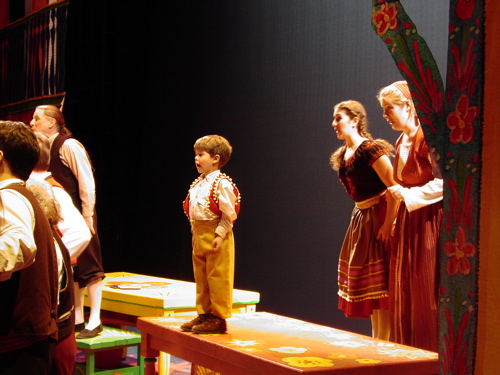 Now think of this ridiculous scenario for a minute. Say someone calls all opera singers and blues musicians to a meeting and says, “Listen up, guys. We know how to make your music better and we know how to make it sell. First, we want the opera singers to calm down a little. Maybe add more bridges and choruses. And please sing in English! Now, you blues folks, you need to lighten up a little. Sing about chipper things, and try having an orchestra back you up.” Stupid, right? Pretty soon, you’ve taken the personality, the very soul, out of the music. Can you imagine how ridiculous it would be if publishers and MFA professors and others did that to writers? And if we allowed that?

I loved the interview with Candice Night this week because she showed the joy and peace that comes with deciding to write and play the music that’s in her heart rather than trying to conform to any commercial precedent.

What happens if our out-of-the-box art doesn’t sell? It’s tough, but guess what? We keep creating, don’t we? All the rejection and the logic telling us to conform or quit can’t quiet our souls. You know what I mean?

Thanks to those of you who responded to my question of the week: Juliet, who self-published after tiring of all the close-call rejections; n.l, who started his own indie press, Noveltown, to give life to non-traditional writers; Aurelio, who calls his box “speculative satire,” both for its content and its public reception; Lauren, who says, “even when they put me in the box, I’m out of the box”; Carolyn, whose novel THE NEXUS is not historical, not paranormal, not romance, and not contemporary; Robin, who published her award-winning erotic comedy, THREE DAYS IN NEW YORK CITY, with an indie press rather than toning it down and reworking it into happy ending romance novel; Betsy, who was told her collections of short stories wouldn’t sell, but they did; Julie, who decided to publish her short story collection digitally with Pulp Bits in hopes of building leverage with traditional publishers; Patry, who has stopped worrying about labels and only concentrates on telling the best story she can tell; EminemsRevenge, who went with print-on-demand LuLu, and wonders if his recognition as a Black man writing like James Joyce will come posthumously; Sarah, who considers her writing well inside the box but aspires to one day be her very own category; Jordan, who’s heard too many times those dreaded words from editors ”“ that they love her book but don’t know how to market it; Marta, who literally keeps her writing in a box; Keith, whose books don’t fit neatly into the mystery genre, but his editor believes they’ll reach mystery readers anyway; and Noria, whose short story collection, described as “too weird” by several publishing houses, was selected as a Seventeen Magazine summer must-read, so who says publishers know what readers want?

Thanks again to all of you and to beautiful Candice of Blackmore’s Night. I’m sorry I didn’t run any photos of Candy playing soccer in her parka and pom-pom hat or Ritchie with his bandana and sexy, bare legs. Maybe another time.

Stop by tomorrow because Lance is here with a very special, award-winning guest!