Does it help you to know the behind-the-scenes nuts and bolts of the book business, or does that make it all seem more depressing? 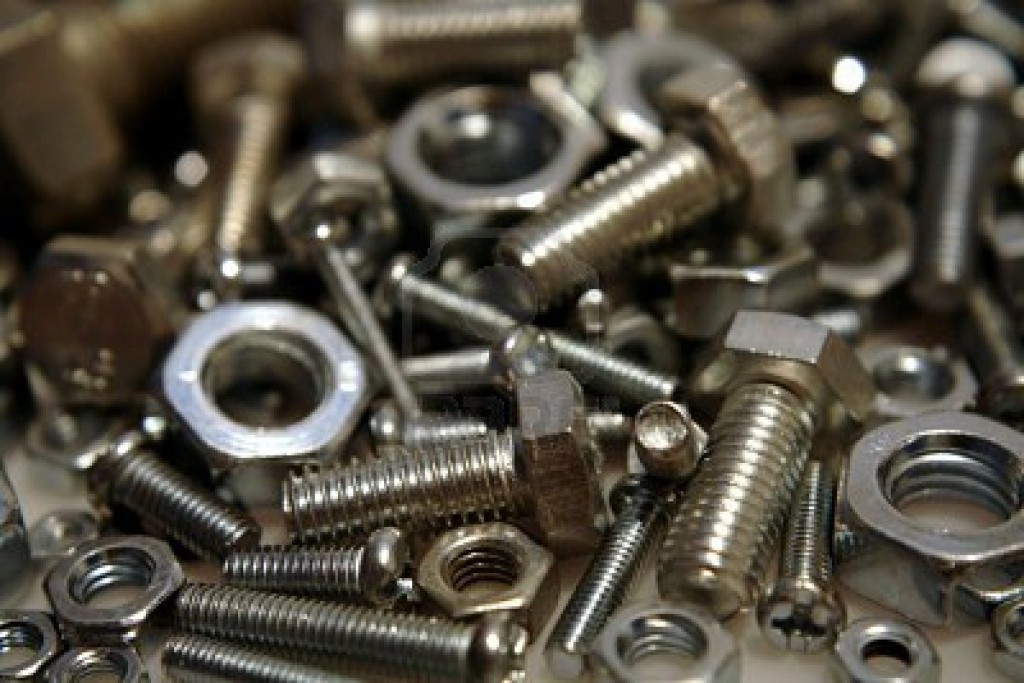 I debated whether to bring the nuts and bolts of royalty statements here because so many people are protective of their sales numbers. But I’ve been pretty transparent throughout the process of trying to write and sell my book, thinking that knowledge of this business empowers writers, or at least makes us not feel so alone. So here goes… nuts, bolts, and numbers.

My debut novel came out the last week of September, 2010.

In April of 2011, I got my first royalty statement. (In the literary world, these statements come every April and October, hopefully accompanied by a check.) The April statement only showed sales from the book’s release through the end of December 2010.

The sales page was filled with confusing headings (royalty rate, gross units, reserves, and so on) as well as loads of numbers and percentages. I had to call my agent to decode the thing, but the short of it is this:

Now for the financial figures, the great humbling for writers…

Here’s a sample of a royalty statement (not mine and not my publisher) that I think has some really helpful highlights on it. 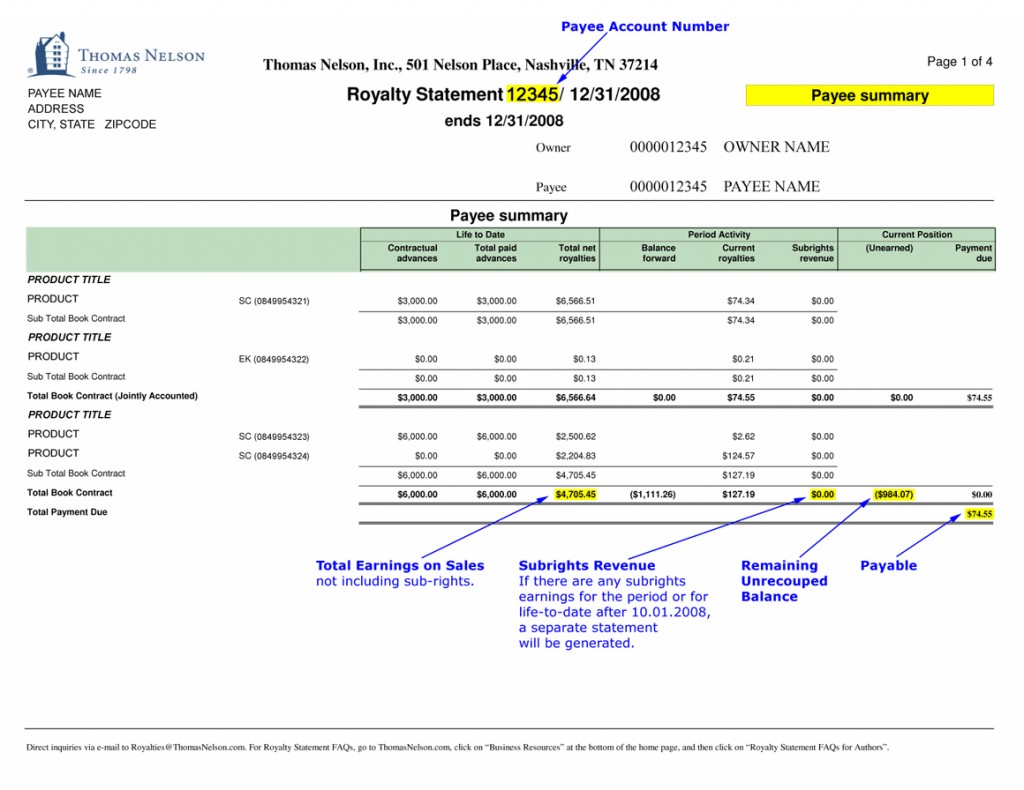 Okay, so your book is sold to readers for one price but that’s not the amount the author gets per book. You (the author) really get pennies per book. After the pennies are added up, you start subtracting for your advance (the original sale of the book), your agent’s fee (15%), returns (there were 157 returns of my book), and something called reserves (which I still don’t understand but it’s something like a holding fee).

The first statement also didn’t include foreign rights sales because those contracts came in late. But, hoorah, there was a check, only much smaller than the already cynical math I’d run in my head. In other words, no one’s going shopping; that money goes into the family checking account to pay for such glamorous things as electricity, groceries, and debt.

So now it’s October, and while I await another royalty statement and hopefully another check (please oh please I hope the Rosie O’Donnell show in March gave a bump in sales), I know where the real payoff comes from—it comes from you guys. The richest asset for any author is a community of other readers and writers, loving books and valuing the creative process.

Some thank yous to people who posted about my book: Dear Reader, Beautiful World, Fayetteville Free Library, Girlfriends Book Club, Heidi’s Books, Pregnancy Books Review, ALTAFF, Letters for Lucas, and Michelle Wegner (What an honor to be in a stack with Heart of Darkness and The Velveteen Rabbit!). So appreciative of all of you. Word of mouth means everything to the life of a book!

And speaking of word-of-mouth for books, a few regulars here have some exciting new books to share: Nathalie Boisard-Beudin’s ON CLOUD 285, Greg Olear’s FATHERMUCKER, and Jessica Keener’s NIGHT SWIM. Adrienne Crezo has launched LitStack, an online hangout that somehow has the feel of being in an indie bookstore. And the incomparable Brad Listi has a brand new, hour-long author podcast (which is fantastic), called Other People. Please check out all the talented work!

Later this month, I’m going back to my home state of Virginia for an exciting inauguration of Club Read. Hope to see lots of you there!